Every day this week, we'll feature a Shitshow Week Review—an assessment of a restaurant that at first glance seemed totally and completely off the rails. 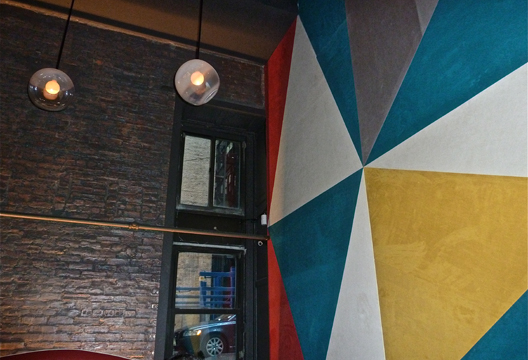 Gravy is the four-month-old Southern restaurant from Michael Vignola, the executive chef of Michael Jordan's The Steakhouse. When you walk in, the first thing you notice is the 30 foot tall mural along the back wall which is made up of brightly colored triangle panels. They are soft to the touch — perhaps the triangles are covered in suede? How weird. This wall is really one of the best things about Gravy.

The room is sort of stylish and comfortable enough, but it's a total downer when there are no people in there — it's a big space. The soundtrack is a mix of New Orleans funk, Dixeland jazz, and Steve Winwood.

IT'S ALL GRAVY! Gravy is the first New Southern restaurant in New York City. A rapidly growing concept throughout the southeast. New Southern Cuisine draws inspiration from the traditional fares of such notable cities as New Orleans, Savannah, and Charleston.

There is one exception: 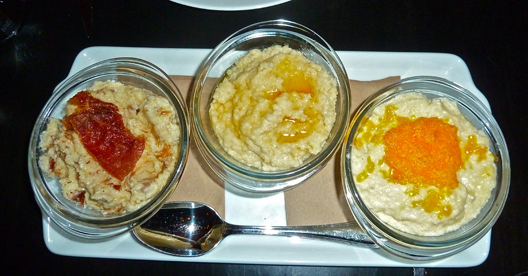 The "grits three ways" side dish is good. Not $16 good, but it's exactly what you expect. 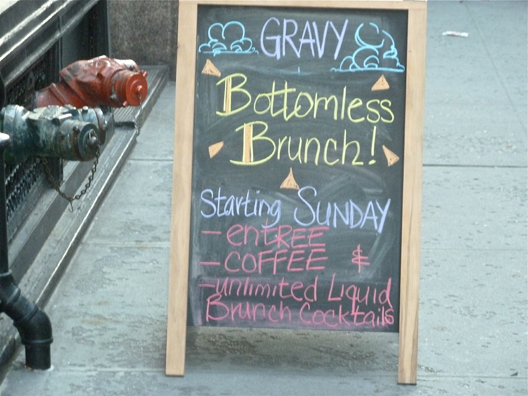 But is it a shitshow?
Gravy is not amusing enough to be a shitshow. It's an expensive restaurant with bad food, but the service is good and the room could be cool if there were people in it. The owners should just tear up their menu and replace it with a list of straightforward, capably cooked comfort foods — this place would be packed.