Rob Shamlian on the Indiana Jones Vibe of Los Feliz

Share All sharing options for: Rob Shamlian on the Indiana Jones Vibe of Los Feliz

Welcome to Explain Your Tchotchkes, a new feature where Eater asks restaurateurs about why they picked the decorations, knickknacks, and other notable design details in their dining rooms. Today: Rob Shamlian, the owner of Lower East Side taqueria/bar/lounge Los Feliz. 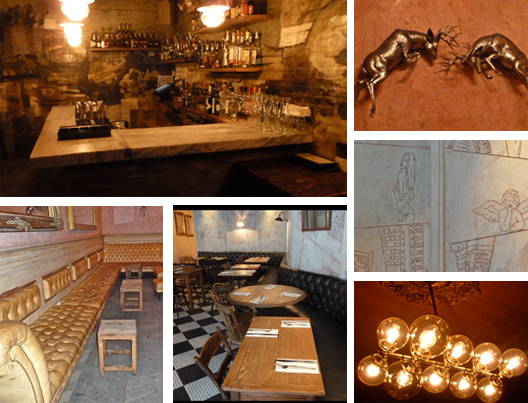 Los Feliz is restaurateur Rob Shamlian's most design-heavy project. Reference points include a children's book, LA street culture, Independence Hall in Philadelphia, and Raiders of the Lost Ark. Take it away Rob:

"The color palate came from a book called I Am a Bunny. I used to read it to my kids. It's this little cardboard book, and the colors are fucking amazing. Green yellow, and pink — they're really funky colors. So, we hired a plasterer to help make the situation work." 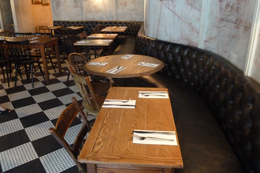 Street Level Dining Room: "All the light fixtures are sourced from Italy. That's why this place doesn't really look faux — it's not. It's all authentic shit. It's real work....The tables came from thrift stores in Philadelphia." 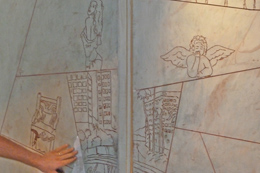 Wall Details: "The original idea was for line drawings but then it morphed into something a little bit different. We had a guy come in and draw funky little symbols of LA, just a mix of things — the wrestler dude, and this chick, and things like that." 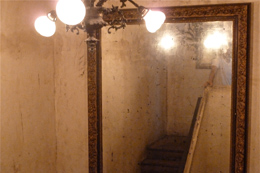 Stairwell: "The frame is bullshit, but the glass part of it was hand done, each little square. It's all foil, the way they did it in the old days. The chandeliers are from Italy. We get them online. They were really cheap, too." 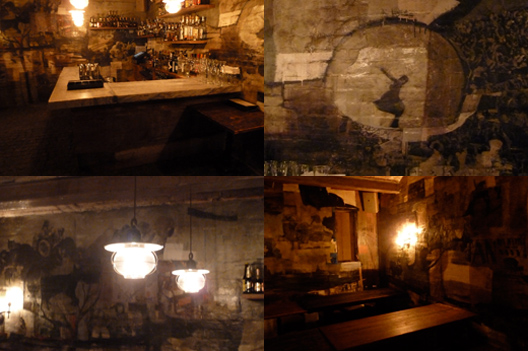 "The reference for this room was my recollection of Indiana Jones, the movie, the first one that came out. They were down in Nepal in that cavern type of thing, that stone room, and that was how I remember it 20 years later. I didn't go back and look at it — a stone room with big wooden table things. My partner had an idea to do posters on the walls, and then we put a few posters up there and it looked kind of lame. But we hired someone to do something that was kind of like that — pictures of things that are reminiscent of Spain or Mexico, but it's very subtle. These are actually black and white snapshots of different things and he painted it and fucked it up. You couldn't really tell what they were. So that kind of worked out well with the cobblestones. The bar and the cobblestones are from Independence Hall in Philadelphia." 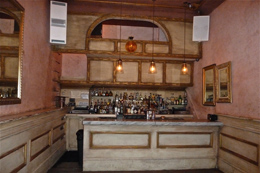 Back Bar: "This area is fauxed-out, but the walls are all hand plastered and all that stuff. This was a DJ booth from the previous place, all we did was make it into a back bar/club. We wanted to make it a little warmer. This bar is also from Independence Hall. " 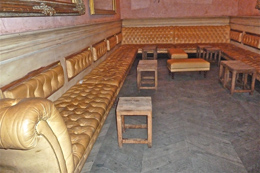 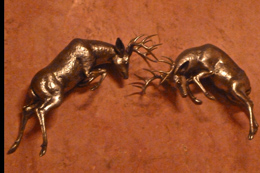 Stags: "My wife actually found these on First Dibs. It's a website. The walls kind of blend together, but it was a little too heavy, so these lighten it up." 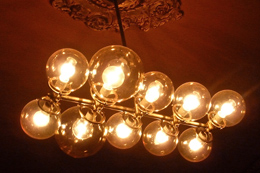 Chandelier: "This was made by a guy on the Bowery. It's something more modern, a different element just to kind of mix it up."

"This was the first restaurant where I hired someone to help me get what I wanted. With my new place Spritzenhaus, I realized that if you make something cool, you make a lot of money. So, now I consider it not for ego, but because I want to make some cash out of it. This place is cool, it's not taking off from every other place, it's unique."