Share All sharing options for: A Walter Foods Design Tour by Dylan Dodd and Danny Minch

Welcome to Explain Your Tchotchkes, a new feature where Eater asks restaurateurs about why they picked the decorations, knickknacks, and other notable design details in their dining rooms. Today: Dylan Dodd and Danny Minch, the proprietors of stylish, perpetually-packed Williamsburg restaurant Walter Foods. 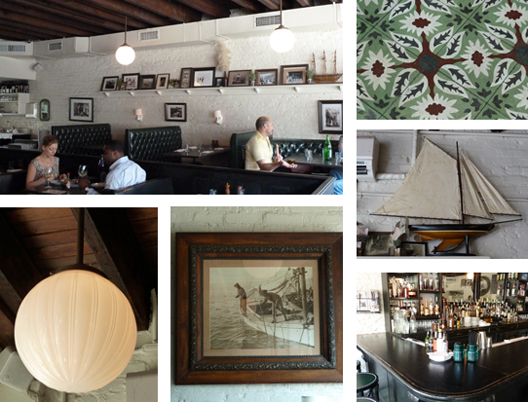 Walter Foods owner Dylan Dodd says that he and business partner Danny Minch are "the worst restaurant designers of all time, in the sense that it takes us, like, ten times longer than a normal person to make any decision." And if you take a look around the place, it's clear that there were a lot of details to fuss over. Here's a breakdown of the most eye-grabbing parts of the dining room, with commentary from Danny and Dylan. 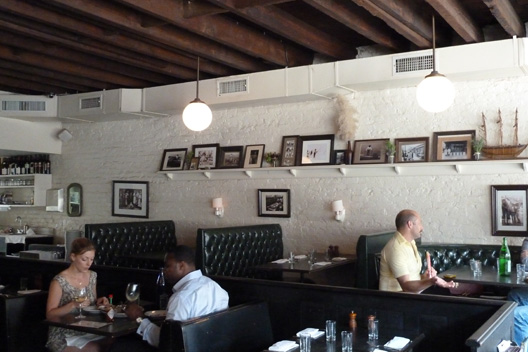 Dodd describes the restaurant as "an old-school New York surf and turf place with some new twists." Minch adds, "There's not one specific design element here, if something looks nice we try try do it, and hopefully it all makes sense." 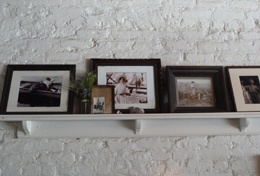 The east side of the dining room is adorned with pictures of butchers and fishermen. Danny explains: "It's just our way of paying respect to the old days of catching fish and the whole butchery process, without going too far. We don't have any animal heads hanging on the wall or any of that stuff." Some of these photos are family relics, others were purchased on eBay, and all the vintage frames are from Dylan's mom, who bought them in eastern Washington. 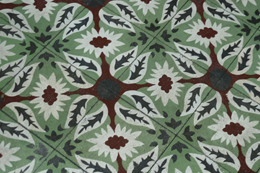 The guys wanted black and white checkered tiles, but couldn't get them in time. They settled on these green patterned ones, which, according to Danny, turned out to be a good thing: "A lot of the color scheme came from finding those tiles." 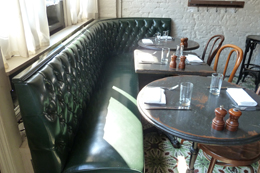 Most of the seats in the dining room are these green banquettes, which were custom built for the restaurant. Danny says, "We picked a color, we gave them specifications and we talked about Frank Sinatra. Where would he eat?" 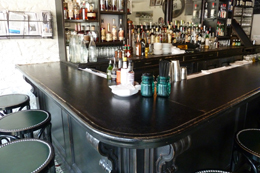 The bar was built by Danny's dad, who also did all the other woodwork in the space. They found the mirror first, and designed the rest of it based on photos of other bars they liked. A side note from Dylan about dining bars: "That's actually how Danny and I met. He was a bartender at Balthazar, and I used to go in there with my wife on Sundays. So, we'd go there on Sundays to hang out, and Danny was our bartender, and we'd always sit at the bar, and that's how we met." 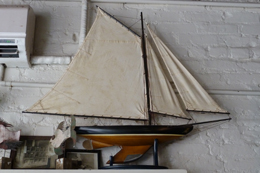 There are two toy sailboats in the space, which Dylan says he found upstate on a vacation with his wife. 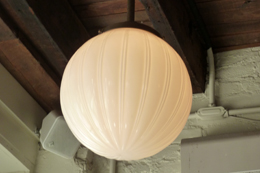 The lamps look old, but they're new. The guys found them at a place in Tribeca called Schoolhouse Electric. Dylan notes: "I think they're based off of '20s or '30s school lights." 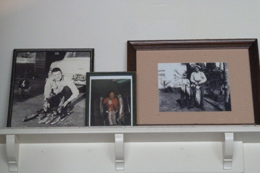 And the wall above the kitchen in the back has a shelf of photos of Dylan's grandpa, who was a fisherman.