Del Posto's Jeff Katz on the Critics and the Future

Share All sharing options for: Del Posto's Jeff Katz on the Critics and the Future 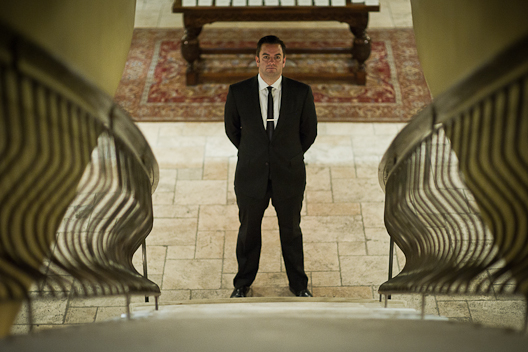 General Manager Jeff Katz started working at Del Posto in the winter of 2006, just a few months after they opened. Over the years, he's seen the the restaurant go through several different changes, eventually growing into the four-star dining destination that it is today. We recently chatted with Jeff about what it's like getting a table at Del Posto right now, and what the team has planned for the future.

It's 8 PM on a Saturday night. What's the wait for a table? Jeff Katz, General Manager: It's probably two and a half hours, so 10:30 or 11 o'clock. Unless someone doesn't show up. If that's the case, there's a possibility that you'll get lucky and sneak in.

What about dining at the bar? We don't serve dinner at the bar, we serve spuntino, so little finger foods, but nothing you need a fork and knife for. Good for a quick snack to go with a cocktail, but not a replacement for a Del Posto dining experience.

What about at lunch — two for noon? Probably the same story, although you probably won't get in. Lunches fill up very very quickly, so unless the weather's a little iffy, you're probably going to need a reservation.

Is there anything I can do to make my wait shorter? No. You know what I recommend you do is go to the bar, have a glass of wine, get chatty with the bartenders — they're such a great team — and it will feel like your wait's shorter, but that's the best we can do.

Tell us about some of your favorite customers. We have a whole boatload of customers that have been with us for years — some of them since day one. It's always great when they come back in, because you develop personal relationships with them when they've been with you for so long. We all love Jimmy Fallon. He comes often, he's like the greatest guy. I think when he comes in, everyone's excited to be a part of Del Posto. He's just super-friendly, he knows everybody, he's a great guy. He's definitely a Del Posto favorite.

How do you deal with VIPs when there are no tables left to give? It's tricky. You handle it carefully, and you see what you can do. It doesn't always work out. A lot of our VIPs give us a ring. Very few just show up at the door, and we have to make something happen. We've got one or two of those people that do that relatively often, but we're fortunate that they generally dine late, so it's not really a problem. They'll call and say "I'm five minutes away," but it's 10:30, so it's like, "Great, come on in."

You only accept reservations 30 days in advance. Do you absolutely need to call exactly one month ahead? If you want Saturday, prime time, you're calling that day by 10 AM — you're booking immediately. If you're more flexible, then there's more opportunity. But if you're only willing to dine between 7:30 and 7:45, it's going to be tricky.

What's the strangest request that you've accommodated? Recently we did an event with Guitar Aficionado and Aston Martin, and Peter Frampton played live, in the PDR downstairs. So we had that room closed off, 90 people had dinner, and he came in with a rig that he could have played Central Park with. He actually played a very small version of Frampton Comes Alive. It was incredible. What about requests that you couldn't accommodate? With requests, we're generally a get-it-done kind of place. And we don't see anything too out-of-the-ordinary — engagements, special events, anniversaries, nothing too crazy.

What's your most important gatekeeper tool? Knowing that you can't do it alone. With a restaurant this large, if you don't have a team around you that knows what they're doing, and treat people with respect, you're not going to get much ground. You have to be willing to open up and say, "I trust your opinion, I've been working with you for four years." And I can say that with a lot of my managers — they've been working with me for a really long time, and they're phenomenal. And that spreads farther than just my managers. There are captains that have been here for quite a while, and servers that have been here since day one, longer than me. And they're great, and they keep the restaurant open.

Let's talk about the Times review. Has that changed any of the demand? Well, the thing is that the review came out in September, so it went from being packed, to being packed. We had a million phone calls the day after the review, and that sort of stuff, but we only take them 30 days out, so those days did fill up, but that was the fall, and that was the busiest time of our year, anyway. But it's been nice, and it definitely has been extended. We're still really busy, and usually the summertime slows down a little bit, but private dining has also been really successful.

What have been some of the challenges of having that designation? It really just comes down to realizing that it's a responsibility that we have to maintain. It's not something that most restaurants get to, and I feel fortunate — we all feel fortunate — that we got here. It was hard work. But we have to make sure that we kind of own that, and we give that kind of hospitality that you expect from the restaurant, and I think that it's easy to fall back and say, "We're there." We're constantly talking with the staff about how important it is to remember that we're not done, and there's more, and we're moving forward, and that it's a constant evolution.

What's the next goal? Obviously, I think we'd like to get our Michelin star back. We lost it right before I took over, we lost the second Michelin star that we had. And we work really hard to make sure that every guest that walks in the door gets the same experience as the next guy. It seems like Michelin has more sway with international diners in New York. I think it has a European following, that's for sure. In the city, the Times does carry a certain amount of weight, but I think that Michelin has made a lot of progress, and it's become a much more known term within the city, in terms of star ratings. But in the end of it, you can't just do that for accolades, you have to kind of do that for the guests. And, hopefully what you're offering to your guests is something that places like Michelin, Pellegrino, or Relais & Chateaux will recognize, and it works for them. And if not, hopefully the room is full and the guests are happy, and that's what's really important. Because you can have a million awards, and the restaurant not work out for you. We're fortunate that the equation works, in that people like what we're doing, and we're moving forward.

Recently, Ryan Sutton singled out your Collezione menu as "New York's most expensive meal." How did you react to that? It might be true, but it's definitely out of context for us, because the Collezione is something that, first of all, you can't just walk in and order. You have to call us ahead, you have to request it, so you would have had to have known about it, and then you have to pre-pay for it. It's not a normal dinner for us, it's not an often-served thing. Most of the ingredients that come in for that are ordered specially for that dinner, and when you're doing that dinner, you're probably the only person that's done that dinner in the last couple of weeks. It's also amazing in the sense that Mark serves that dinner alone. Mark Ladner will serve you that entire meal. That's it. You don't get a captain, you get Mark Ladner and either the wine director, or the sommelier, and they will serve you that meal. Most of the people that do it are really good friends of the restaurant, and they love Mark's vision and what he's doing for food, and they want to have that meal with him. So, for Ryan Sutton to put that in his blog is a little strange.

Who is responsible for those awesome videos you guys do? That's Mark, too. Mark really wanted to document all the stuff that he's been doing. And I think that sometimes you don't realize how much it takes to make some of these dishes. And we get a lot of requests for recipes, and most of this stuff, you can't translate to the home kitchen. It takes days to put the bits and pieces together. They're great videos, and he's working on a couple more.

When you are not at Del Posto, where are you eating? I really do love Torrisi. I think it's phenomenal. For the money, I think it's the best meal in town. I'm really looking forward to Parm, which they're going to open up shortly. I've been fortunate enough to have a few little sneak peeks at some of the dishes, and it's going to be rocking. And me and my wife also really like Lupa, it's just kind of a stand-by. A lot of our group's people will talk about Lupa.

Your wife, Nicole, is the general manager of Torrisi. Do you guys talk about general managing at home? Yeah, we do, it definitely comes up. We try not to, but things comes up.