Momofuku chef/owner Dave Chang is considering creating a mob scene at his Momofuku Noodle Bar in honor of its seventh birthday by offering his original Momofuku Noodle Bar menu—which included edamame, pork dumplings, and $7 ramen—with its original prices. Right on. The original summer 2004 menu is below, from the Momofuku cookbook. 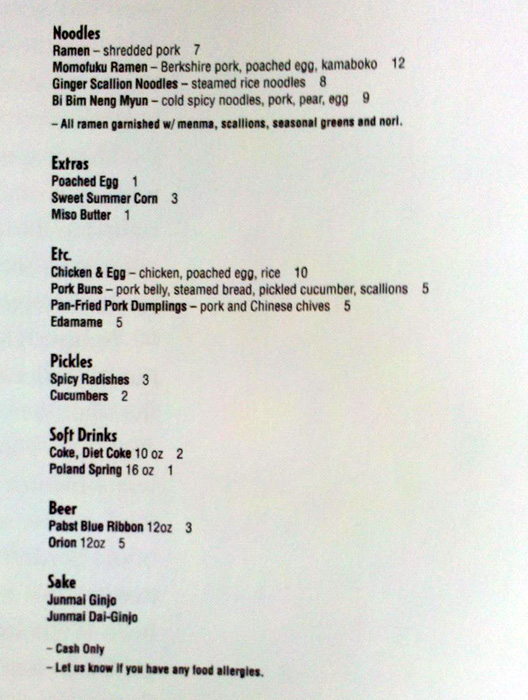 For comparison's sake, in terms of items and breadth, here's the current menu, per the restaurant's website, offered without prices. Last we checked, Momofuku ramen was $16 while an order of pork buns was $10. 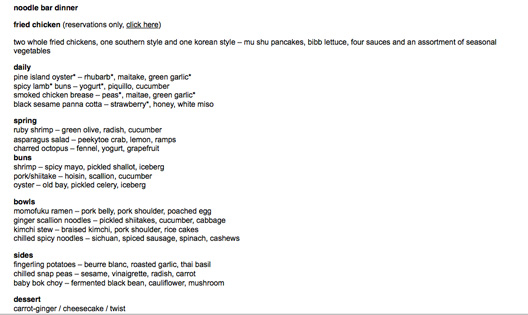