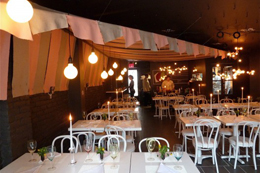 1) Last Dinner Service at What Happens When
Where: 25 Cleveland Place, Soho
When: Saturday night
What: John Fraser's artsy, critically-acclaimed temporary restaurant serves its final meal tonight. What Happens When was supposed to close in October, but Fraser & Co. decided to end its run early following complications over its liquor license. As of this morning, there were still some early and late reservations available (they can be made via Urbanspoon). WHW's final "movement" is centered around a prohibition-theme, with a menu that includes dishes like Waldorf salad, fried chicken, and prime rib. 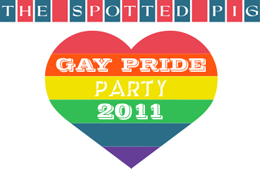 2) The Spotted Pig's Pride Party
Where: 314 West 11th St., West Village
When: Sunday, starting at 6 PM
What: New York's favorite gatropub is holding its third annual pride party on Sunday after the parade winds down in the West Village. There will be a "Don't Be a Drag, Just Be a Queen" shot special, which is made with vanilla-infused vodka with ginger syrup that's served from a giant breast-shaped ice luge. 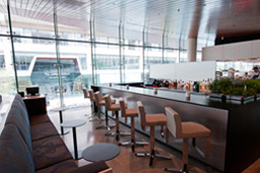 3) Negroni Class at Lincoln
Where: 142 West 65th Street, UWS
When: Saturday, 3:30 - 4 PM
What: Lincoln Center's sprawling, ambitious new Italian restaurant is hosting a cocktail class today, where wine director Aaron von Rock will teach guests about the history of that awesome summertime drink, The Negroni. The class is $50 and includes drinks and hors d’oeuvres. Make reservations on the Lincoln site. 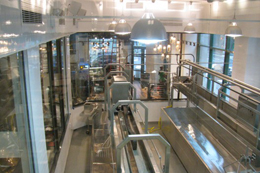 4) Opening Weekend at Beecher's Handmade Cheese
When: Saturday and Sunday, 5 - 11 PM
Where: 800 Broadway, Flatiron District
What: This hotly anticipated Seattle import is finally open. The 8,000 square foot space includes a cheesemaking facility, retail area, cafe and restaurant. Eventually, they'll be making 25 different varieties in house, and serve 75 cheeses from around the country as well as charcuterie, beer and wine. The space itself is something of a spectacle, and this weekend is a great time to scope out the goods before this place is totally mobbed. Check out our tour from earlier this week. 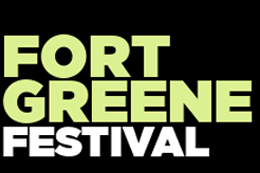 5) The Fort Greene Festival
When: Saturday, Noon - 8 PM
Where: Fort Greene Park
What : The main draw is a free concert from Mos Def, but there will also be food provided by The General Greene, Buka, Soule, Brooklyn Moon, and others.

Also of Note: Smorgasburg is open today, and Ripper's is serving all weekend on the Rockaway Boardwalk. For a new brunch spot, consult our brunch map. And, if you're looking for a new restaurant to try this weekend, consider Shelsky's in Cobble Hill, the new outpost of Num Pang in Midtown, or the Rosarito Fish Shack/Mezcal Tequila Bar in Williamsburg.

All Previous Editions of Something for the Weekend [~ENY~]