Mitchell Davis Goes to Zaragoza for his Mexican Food Fix

Share All sharing options for: Mitchell Davis Goes to Zaragoza for his Mexican Food Fix 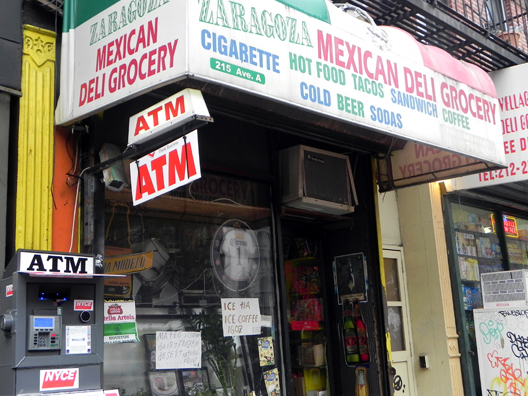 In this edition of Dining Confidential, Mitchell Davis, the Vice President of the James Beard Foundation, shares his pick for top notch Mexican food, in a somewhat unassuming setting.

"Don't be scared by the sleepy guys slumped on chairs who've been drinking beers since early morning or the dusty cans of leche condensada on the shelves. The tacos and other Mexican food served at Zaragoza Mexican Deli are first rate, better than most around town. Carnitas, tongue, and cactus are my favorite taco fillings, when available. They make burritos and enchiladas, too. Although technically a store, I've never seen anyone buying any groceries. It's the hot food everyone comes for."
— Jackie Goldstein
· All Coverage of The James Beard Foundation [~ENY~]
· Previous Editions of Dining Confidential [~ENY~]