Beards Judge on What's Wrong with the Beard Awards

Share All sharing options for: Beards Judge on What's Wrong with the Beard Awards

Tonight, The James Beard Awards, aka the Oscars of the food world, take place at Lincoln Center. In addition to today's reader polls, we offer a slightly different take on the awards, from a New York-based judge. 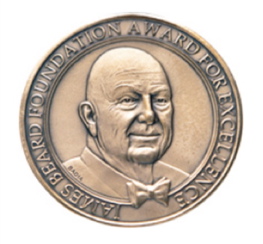 Let me introduce myself. I’m a James Beard Chef and Restaurant Awards judge, one of approximately 600 in the country. Half are former Beard Award winners and the other half people with connections to the restaurant industry and journalists. The awards are partly regional, and for that reason the judges are divided among 10 geographic areas, of which New York City is one unto itself.

Every year for the last several years, at their solicitation, I’ve forwarded to the judge supervisor for my territory a list of potential nominees (chefs, restaurants, beverage professionals, etc.) that I feel to be qualified for the awards. These are then somehow sifted down to a list of 20 or so, and placed on a ballot that I vote on by email during the nominations process. A handful of nominees in each category reach a second ballot. I also vote on that.

I prefer to not give my name, since I work in a food-related industry, and would like to continue doing so. The Beard Awards will remain successful only as long as there is a mutual agreement among culinary professionals that the awards are accurate and fair. I’m about to tell you something that undermines that assumption, so, if you’re a fanatical Beard fan, I urge you to turn away.

The Beard Awards Foundation provides no expense money, so the judges eat at restaurants under any number of auspices. Many probably get the meals free in one way or another, but others just routinely go to new restaurants and pay for them out of their own pockets, or with expense money from their jobs. We develop opinions, and vote for our favorites.

The rule governing which nominees you can vote for is clearly spelled out in the instructions to the judges: you can only pick restaurants that you’ve eaten at, or chefs whose work you’ve experienced, often at one specific restaurant or another. There is, of course, no way to verify that a judge has actually eaten at a specific restaurant, and I suspect some judges vote for individuals or dining establishments that friends have repeatedly told them are wonderful. It’s human nature to want to extend your grasp as far as possible, even if, say, you haven’t eaten at one of Chef X’s restaurants in over a decade.

Let’s say the first ballot contains 20 restaurants, and you’ve been to five of them. Since you can only vote for places you’ve eaten at, that narrows your list of choices to five. And, human nature being what it is, you’ll probably vote for most or all of the five. An empty ballot is such a sad thing..

But which five of the 20 candidates are those restaurants likely to be? Statistically, they’re probably those that have received the most hype, the ones that you’ve heard about again and again in the press and on blogs. In other words, the restaurants that have been able to afford the largest advertising and publicity budgets, and have hosted family and preview meals to which you’ve been invited. In an indirect way, they’ve bought your Beard vote with a free meal.

This is not fair to the places that might have gotten onto the list from hard work and merit, those “under the radar” places that are simply excellent, but not well known already. Or those places that have a policy against giving out free food. You see what I’m saying? The Beard Awards are a barometer of hype, rewarding places because they’re famous and generous, rather than because the food is awesome, the wine wonderful, or the service superb.

Judges are also allowed to vote in other territories. Once again, they must represent (and sign a form attesting to the fact) they’ve been to the restaurants they voted for. I was recently in San Francisco, and went to one of the restaurants mentioned on the first ballot. It was good and I voted for it. But what does that vote mean? It means the place is famous enough that I’ve heard about it in my territory and am betting it will be good. But how does it compare with the other 19 restaurants on the ballot? My vote means nothing, or less than nothing. Maybe the food was better at all of the other 19, yet my vote carries increased weight because it’s the only one I voted for.

The Beard Awards are based upon a statistical absurdity, the mere accretion of votes by restaurants that manage to attract the most judges by hype, by offering free meals, or simply by having their names endlessly repeated. The Beard Awards Committee could probably achieve the same results by counting restaurant mentions in magazines, newspapers, and online. Yes, an accounting firm verifies the count, but that doesn’t mean the votes mean anything. Only a crew of judges who’ve eaten at every restaurant on a regional list, and resolved to be impartial, would result in an awards presentation that’s at least partly fair. Until then, the unsung gems – the restaurants we really need to hear about – will get screwed every time.
· All James Beard Award Coverage [~ENY~]