15 New York Restaurants Where You Can See Celebrities

Share All sharing options for: 15 New York Restaurants Where You Can See Celebrities

Want to see some famous people? Here's a list of 15 NYC restaurants where the celebrities are eating, right now. 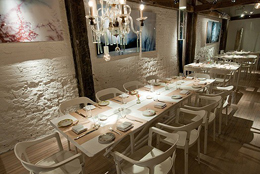 1) ABC Kitchen: The ABC stands for "Always Bursting w/ Celebrities." Who would have thought that vegetable toast would be such a hit with the rich and famous? Notable A-listers that have recently dined here include: Katy Perry, Russell Brand, Meg Ryan, Stanley Tucci, and even Kanye West, who must like it because it's in a home furnishings store. [Eater Place Page](photo) 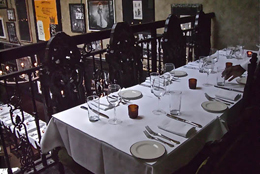 2) The Lion: In a few months, the celebs will no doubt migrate uptown to John Delucie's forthcoming restaurant Crown, but right now, they're still boozing and schmoozing at The Lion. They're always in the back room, where there's tons of expensive junk on the walls, and high ceilings to catch all the applewood bacon-smoke from that pork chop. Recently, Madonna, Anne Hathaway, Blake Lively, Jim Carrey and A-Rod all had dinner here. [Eater Place Page] 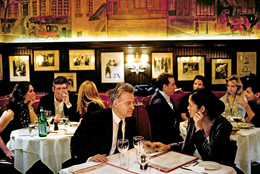 3) Minetta Tavern: The famous people are usually stashed away in the back room at Minetta Tavern, where the light is just a bit softer, and the steaks are 10% juicier. For proof of its celeb haunt status, just check out this sick photo from a recent Keith McNally profile — in the back, that's Jerry Seinfeld, George Stephanopoulos, Brooke Shields and Jay McInerney, just hanging out. [Eater Place Page] (photo) 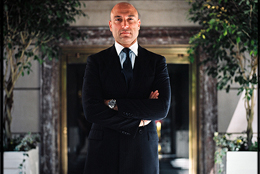 4) Le Caprice: You might not see any Academy Award winners here, but you're guaranteed to spot at least one person who's won a BAFTA. [Eater Place Page] (photo) 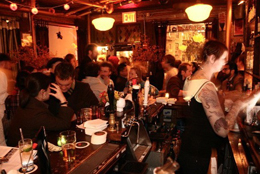 5) The Spotted Pig: The second floor is like Cheers, but for famous people. David Schwimmer is "Sam," Courtney Love is "Carla," Jay-Z is "Coach," Michael Stipe is "Frasier," Luke Wilson is "Woody" and Mario Batali is either "Norm" or "Cliff," we're not sure. [Eater Place Page] (photo) 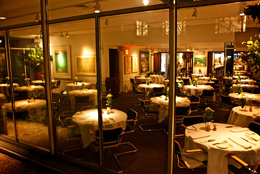 6) Michael's: Michael's just doesn't pack in the A-listers like it used to, but some famous people still love this place. At lunch, you might see Janet Evonavich talking with her agent about her new Stephanie Plum sizzler, Kathie Lee Gifford and Hoda Kotb enjoying an early happy hour, or Kathy Griffin, asking her assistant why they couldn't get a table at The Monkey Bar. [Eater Place Page](photo) 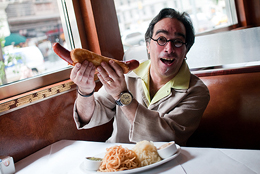 7) Brooklyn Diner: A restaurant that's weirdly popular with celebs and tourists alike. When we chatted with longtime maitre d' Alexis Reyes, he told us that he has a few magic spots where he puts famous people, so that they're basically hiding in plain sight. We have no idea how he does it, but Adam Sandler, Jerry Seinfeld, Goldie Hawn, and Sir Paul McCartney are all huge fans of this place. [Eater Place Page](photo)

8) Il Mulino: An Italian clubhouse for famous dudes. President Obama and Bill Clinton had a much buzzed-about power lunch there in 2009, Vince Vaughn likes the pasta, and the guys from Gossip Girl enjoy blowing their CW cash on the pricey bottles of barolo. [Eater Place Page] 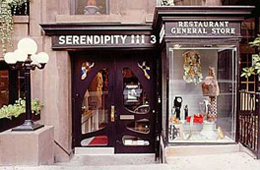 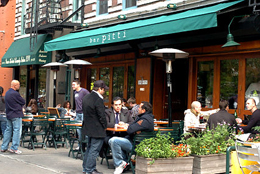 10) Bar Pitti: A model hangout. Maybe its outdoor seating, and situation on a busy thoroughfare remind them of the Champs-Élysées. For whatever reason, Heidi Klum, Beyonce, and the Victoria's Secret swimsuit waifs all love it here. [Eater Place Page](photo) 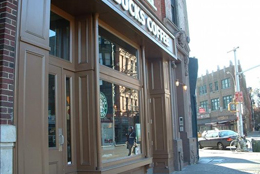 11) The Starbucks at 74 Grove St: Yes, it's weird, but this West Village Starbucks sees a constant stream of celebs, coming and going. Perhaps because it's located right in the heart of famous people country — The West Village — and even rich, beautiful people want a venti iced mocha sometimes. Cameron Diaz and A-Rod were recently seen enjoying a latte here, and also Fran Lebowitz, who was spotted by a tipster, scribbling away. (photo) 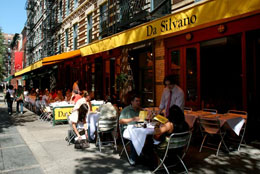 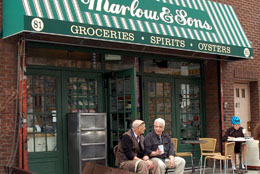 13) Marlow & Sons: When celebs want to dine in Brooklyn (and can't get a table at Luger), this is where they go. Jay-Z and Beyonce are big fans, so is Martha, and Ralph Lauren was recently spotted here, too. Maybe he was trying to buy one of those cow handbags? [Eater Place Page] (photo) 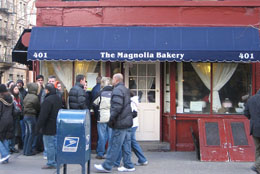 14) Magnolia Bakery, West Village: Even after a massive bi-coastal expansion tear, The Mags on Bleeker still sees some steady celeb traffic, god knows why. Katie Holmes and Kate Hudson were recently spotted here with their offspring, as were Michelle, Malia and Sasha Obama. Like the SATC Girls that made this place famous, Magnolia will soon set out on a Dubai adventure. [Eater Place Page] (photo) 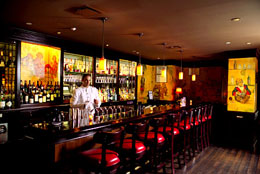 15) Monkey Bar: It's lost some of its heat, but Graydon Carter still maps out the dining room of The Monkey Bar like he's Napoleon strategizing his Russian campaign. If you go there these days, you might see Madonna, Bradley Cooper, Courtney Love, and also maybe Morley Safer and the rest of the 60 Minutes crew, knocking back a few cold ones. [Eater Place Page] (photo)