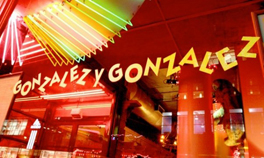 While most of New York was comfortable in their homes during last night's thunder storm, the NIMBYs were out in full force at the Community Board 2 meeting held in the gym at St. Patrick's Youth Center. It was a long one, going until nearly 1:30 in the morning! Highlights below:

1) Corkbuzz was up first, Laura Maniec, formerly the beverage director at BR Guest and one of 18 female Master Sommeliers, seeks to open Corkbuzz at 13 East 13th Street and obviously needs a full liquor license for this restaurant... or is it obvious? Corkbuzz would primarily be a restaurant but would also seek to celebrate, explore and enjoy wine. The community was very mixed on this one. Although there was tons of support for the wine-centric restaurant coming to the neighborhood, some wondered why they were seeking a full license and not just wine and beer. The community members did not want another full license on this block, especially since this location had not been licensed before. One board member actually had the audacity to grill her on her experience, even though she clearly mentioned that she had been involved in nearly 10 restaurant openings and was made partner at BR Guest after a relatively brief time there. In the end, they voted to deny the application unless certain stipulations were met (including closing at 1AM on Thursday-Saturday, not using outside promoters), because they thought the applicant was unique and special.

2) The man behind Caliente Cab Company is looking to pick up the old Buona Sera space at 94 University Place. They were hoping for a full liquor license for their restaurant, which would be a sort of Mexican and Asian-fusion. There would be a limited food counter and a limited bar and they're working with a chef at Nobu on the menu development. They actually came having already reduced their hours, but they still received somewhat mixed reviews from the community. They were approved with a deny unless they agreed to certain stipulations. Oh, and don't expect a happy hour here...they think it isn't pro-community and attracts the college crowds.

3) Gonzalez y Gonzalez was back for half of their now shuttered space on Mercer just north of Houston. This time they came with a letter of no objection and some other necessary documents. However, they were still unprepared as they kept forgetting to call Gonzalez y Gonzalez a restaurant and were constantly calling it a club, which obviously upset the board. They also were grilled on how they're not supposed to have dancing there, but an owner dropped the ball and said that they used to offer free salsa lessons! He immediately retracted by saying they wouldn't anymore... Oy vey. Also they didn't want to kick back their hours at all. They said that the 4AM was to serve the restaurant industry workers. They were denied again. Maybe next month?

4) A new concept was on the docket under the name Ci-q however, one of the principals announced that the name would be something like "Kyo" (unclear at the meeting). This will be hopefully coming to the old Elizabeth space at 265 Elizabeth Street. Marc Forgione was present on behalf of project (and yes, the lawyer introduced him by saying he was an Iron Chef); he a partner from his restaurant Marc Forgione are on board for this new Southeast Asian-inspired concept. The chef here is a man named "Pat" from Laos, but that's all we really got here, as he claimed his last name was too long to utter. As mentioned, the food will be inspired by Southeast Asia and will use locally sourced ingredients and focus on sustainability. They're looking for this to be a neighborhood spot, and they will keep the garden open and were totally open to working with the community to agree to hours for the garden. Good move. They actually ended up laying over, they need to work out some issues, do some more outreach to the community, etc. We will keep on this one.

5) A new concept by Theodore Van Buren, a restaurant consultant, is hoping for the old Sweetiepie space on Greenwich Avenue. The concept is authentic Mexican. They actually appeared last week but were pushed to last night. They had a good amount of signatures, and had no complaints. They were approved.

6) Despana, the Spanish specialty food store on Broome and Lafayette was approved for wine and beer. Ole!
—Jackie Goldstein
· All Community Board Coverage [-ENY~]
[photo credit]