Share All sharing options for: New York's 10 Most Marked-Up Dishes

There are a lot of expensive dishes in New York City, but some seem more absurdly over-priced than others. Here's a list of ten appetizers and entrees that are frequently marked up, all over the city.: 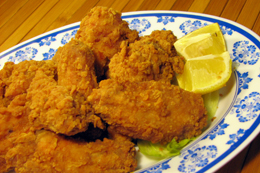 10) Fried Chicken: There are a few $15 or $16 plates of fried chicken that are actually worth the price, but if this dish is scraping the 20s, like at 5 Ninth and 10 Downing, you are being ripped off. Sure, places charging this much might brine their birds overnight, coat them in panko, and serve them with crispy herbs, but at its core, this is an entree made with inexpensive ingredients, executed with very simple technique. There's also a special place in hell for restaurants that serve a few pieces of $17 fried chicken with flimsy sides like corn or watermelon — for that price you deserve a damn starch. (Photo) 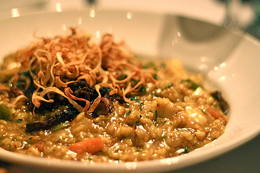 9) Risotto: It's true: you have to keep adding stock to the rice, so it's a little harder to make than pasta. But it's almost always more expensive. Of course, if there's a fisherman's bounty of fresh seafood involved, that somewhat justifies a price tag in the 20s or 30s. But if that arborio is just mixed with cheese and fresh veggies, like at Armani Cafe ($24), wild mushrooms, like at Abe & Arthurs ($27), or with rainbow cauliflower and mascarpone, like at Lavo ($28), you're being taken to the cleaners. (photo) 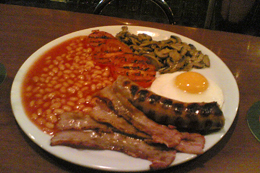 8) The Full English Breakfast: A delicious way to start the day. But this entree — which is comprised of two eggs, a few pieces of bacon or sausage, grilled bread, beans and a tomato — is always inexplicably one of the most expensive dishes on any breakfast or brunch menu. Perhaps that's because you can't get it everywhere, and it has a weird cache of cool, because it's a working-class English staple. But it's also an entree where you're not paying the big bucks for skillful preparations or exotic ingredients. Full rip-off English breakfasts can be found at Fat Radish ($15) and Pastis ($18). (photo) 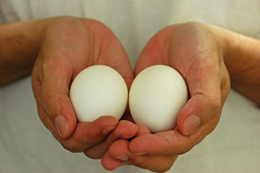 7) Egg Add-Ons: And, while we're on the subject of breakfast, the optional egg add-on is another way that restaurants gouge customers. There's definitely some skill involved with cooking an egg — they're easily screwed up — but, adding two to a brunch dish for $6, like at DBGB, or even $8, like at Bar Basque? That's highway robbery. Even if they come from a beautiful blue chicken with striking red plumage, living a bucolic life upstate, those eggs shouldn't be more than a dollar or two each. (photo) 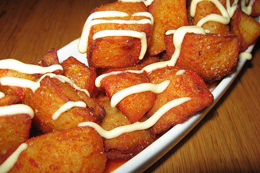 6) Tapas: There's nothing more depressing than paying $9 for five bites of crispy potatoes.(Photo) 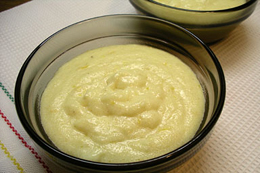 5) Cream Of Wheat: This power breakfast staple comes from a cardboard box, just like when you make it in your apartment. So, if you're eating the $9 bowl at Le Caprice, the $10 version at Nougatine, or even the $35 dish at BLT Market (comes with fruit, a protein shake, and coffee), know that you're paying for the pretty dining room, not what's on the plate. (photo) 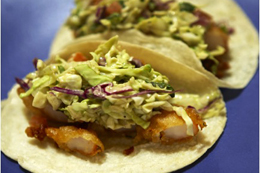 4) Tacos: Of course you shouldn't expect to pay food truck money for tacos served in a cool Manhattan dining room, but the price of this dish keeps getting higher and higher. Notable expensive tacos include the $14 app at Lowcountry, the $17 plates at Empellon, and the $21 entree at The National. Mexico is laughing at us, right now. 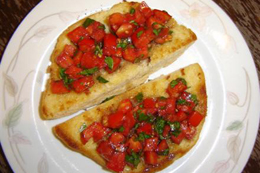 3) Toast: There's some sort of weird expensive toast trend going on right now, but its not-too-distant cousins, crostini and bruschetta, have been marked-up on menus for years. They are, after all, just a few bites of very simple food. Right now, some of the more dubious dishes include the avocado and lemon app at Beauty & Essex ($11), the chopped tomato and mozzarella crostini at SD26 ($12), and a whopper of a mushroom bruschetta at Craftbar ($14).(photo) 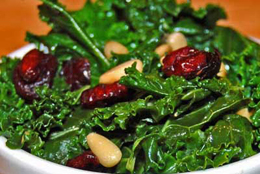 2) Kale: Weird but true: salads made with kale are almost always more expensive than ones made with your typical greenmarket lettuces. Maybe it's because Gwyneth Paltrow likes them. Who knows . But, at Nuela you're paying $13 for those greens, at Sorella a salad is $14 and somehow Candle 79 gets away with charging $16 for the healthy dish. (photo) 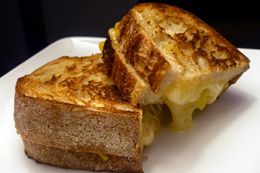 1) Grilled Cheese Sandwiches: You've made a grilled cheese sandwich before, right? Although no restaurant in the city is passing off a Kraft version for more than six or so dollars, you do see fancy grilled cheese sandwiches in the mid-to-upper teens all around town. Even if there's moderately expensive fromage involved, remember that it's not all going into one sandwich. Notable offenders include the $12 "snack" at BLT Bar and Grill, the $17 version with bacon and a tomato at Commerce and the $19 brunch dish at Beacon. (photo)