There are many reasons why restaurants fail in this city, but lately, a few concepts in particular seem too be cursed. Here's a list of 10 kiss-of-death concepts for New York, 2011: 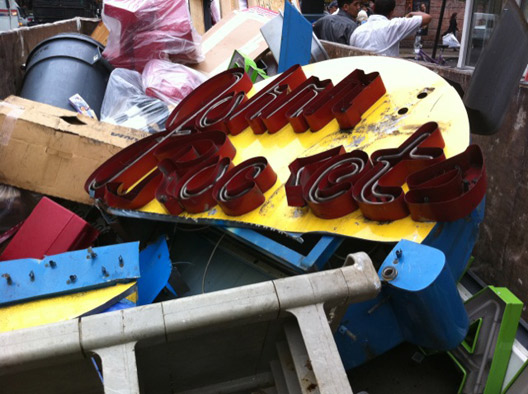 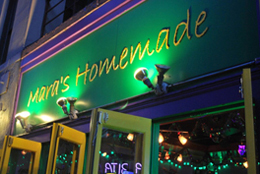 10) Nawlins: New Yorkers generally love food that's spicy, fried and drenched in a rich sauce, but for some reason, New Orleans-themed restaurants just keep dying off. Maybe we just haven't had a good chef attack the regional cuisine lately, or perhaps diners just hate that green, purple and yellow color scheme. For whatever reason, NOLA and NYC just don't get along. Recent Crescent City-casualties include: Mara's Homemade, Bourbon Street, Lazy Catfish and Acme Bar & Grill (although there's a chance they might come back with a few tweaks). [Photo] 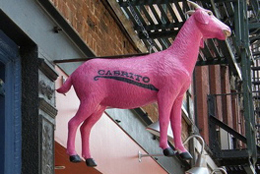 9) Moderate Mexican: Really cheap Mexican joints do okay in New York, even if the food sucks, and fancier places stick around, maybe because they appeal to office workers who want to eat guacamole and drink margaritas in spiffy dining rooms. But the relatively small, moderately-priced Mexican places haven't had a good run in New York lately. Restaurants that have taken that long siesta include: Mercadito Cantina, Cabrito, La Taqueria and Zarela. [Photo] 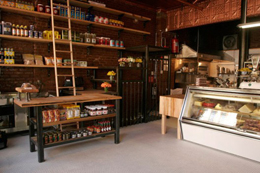 8) Restaurant/Groceries: As we've learned, if you're not Eataly (or Marlow & Sons), opening a concept that's part market/part restaurant doesn't work in New York, at least not right now. But, on the bright side, if the food, vibe and location are good, these places often find success when they axe the refrigerators, fruit stalls and bags of Anson Mills grits, and swap in a few more tables and chairs. [Photo] 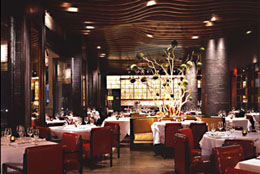 7) Big-Box Asian Even when they're good, massive Japanese/Asian restaurants just don't play in New York these days. Maybe it's because they feel so dated now, like relics from the time when Carrie Bradshaw and her crew sipped Saketinis, and dotcommers rollerbladded to work. The big-box graveyard includes: Matsugen, Japonais, Inagiku, and who could forget Kobe Club. [Photo] 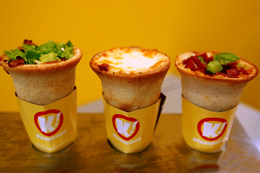 6) Gimmicky Pizza: There's only one gimmick that works for pizza: dollar slices. But, pizza cones failed despite good reviews and some blogger buzz, quick service 12'' Neapolitan pies didn't make it even though they were priced way below the norm, Pizzanini and Pizza Junkie tanked presumably because of their dumb names, and an inspired bit of signage couldn't save Mario's. Curiously, New York's two very gimmicky new "healthy" pizza places Revv'd up Pi and Slice: The Perfect Pie seem to be doing fine for the moment, but we've got our eye on them. [Photo] 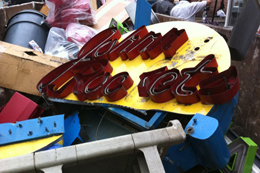 5) General Junk Food: New Yorkers like their burgers, wings and dogs to have some sort of cred: they've either got to be from a beloved chain, or served with a bit of gourmet finesse. But junk food places that appeal to the lowest common denominator of drunk people/depressed college students have got no staying power, even if they might do okay on weekend nights. Recent deep-fried flops include: Munchies, Imperial Tavern, Ultimate Burgers and Dogs, and Johnny Rockets. [Photo] 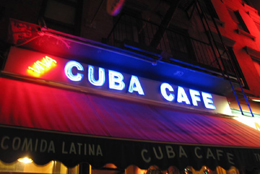 4) Cuban: For whatever reason, Cuban restaurants both big and small have had a tough time in New York lately. Son Cubano in the MePa closed last November with plans to relocate, and the same thing happened to Chelsea's Cuba Cafe. Old timer Asian-Cuban restaurant La Nueva Rampa also bit the dust, and Chinito, another fusion concept from Michael Bao, opened and closed in the blink of an eye. [Photo] 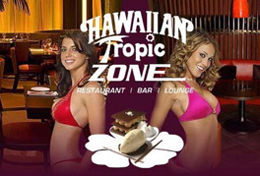 3) Sexypants: As we know, when a restaurant suddenly gets sexed up, it's usually a sign that it's not long for this world (we'll see how that Mexican Hooters fares). But recently, two of Manhattan's most enduring bikini-based establishments also closed: Hawaiian Tropic Zone and Deno's Party House. [Photo] 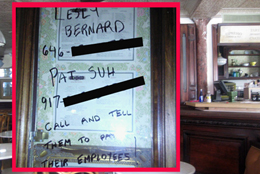 2) Non Cupcake/Froyo Desserts: New Yorkers will always love cupcakes, and the city's gossip girls will keep those froyo parlors open, but more elevated dessert shops just aren't hitting that sweet spot, right now. There are of course a few notable exceptions, but recently we've seen the place like The Village Tart, the Blue Marble flagship, The Little Pie Company, Neuhaus chocolate store, Lulu and Mooky's (the liquid nitro ice cream place) all shutter, unexpectedly. Even the Ben and freaking Jerry's on Third Ave was forced to close last fall, and it was literally right below an NYU dorm. [Photo] 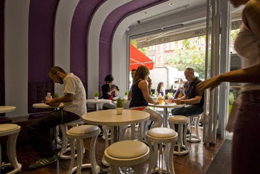 1) Asian Sandwiches: Two years ago, it seemed like Asian sandwiches were New York's newest food obsession. They were cheap, vaguely interesting, and for the most part full of some sort of fresh ingredients or spices that elevated them above burgers and pizza. And although those banh mis and baos are still going strong today, the more fringe Asian sandwich places keep closing. Recently, we've seen the demise of Mantao, Xie Xie, and Bun & Co, to name a few, and all of them were somewhat popular when they opened at the height of the craze. [Photo]