Chefs that like rock and roll and have tattoos and/or crazy haircuts often get labeled as "bad boys" in the press. But how much do they really live up to their reputations? Here's a list of ten bad boy/bad girl NYC chefs, with a thorough analysis of whether or not they're worthy of the title. 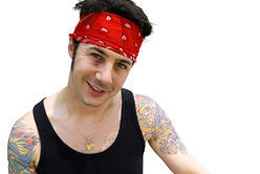 10) Name: Johnny Iuzzini
Restaurant: Jean Georges
Rep: Bad Boy Pastry Chef
Bad Boy Traits: Tats, greaser haircut, rides a motorcycle, sometimes has bruises on his face.
But Is He Really a Bad Boy?: Not really. Johnny's a pretty nice guy. He may get into some scrapes every once in a while, but they're always kitchen-related accidents. And although he may bring the pain on Top Chef: Just Desserts, that's just his job as reality TV show judge. Just take a look at his vacay photos — that's one chill mille-feuille-making dude. [Photo] 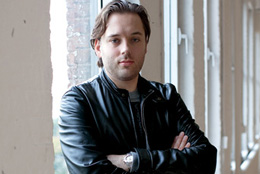 9) Name: Paul Liebrandt
Restaurant: Corton
Rep: The Bad Boy Below Canal
Bad Boy Traits: Frequently messy hair, he's British, likes industrial rock music.
But Is He Really a Bad Boy?: Yes, he's a bona fide bad boy. He can be testy with lazy journalists, he talks trash with the best of 'em, and he once incorporated a naked woman into a dish presentation. But, he's a bad boy in the classic "heartbreaker" sense: if you're into his food/art, all is forgiven. And as we know, Paul also has a bit of a soft side. [Photo] 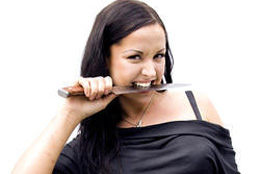 8) Name: Emma Hearst
Restaurants: Sorella, Stellina
Rep: The Bad Girl of Bucattini alll'Amatrciana
Bad Girl Traits: Wears lots of black, sometimes bites a knife, downplays billionaire family.
But is She Really a Bad Girl?: Almost. She's not a mean person or anything, but her attractiveness is certainly intimidating. Really, as the female/chef owner of a hot NYC restaurant on the LES, she's more of a "badass" than a "bad girl." Still, we've got our eye on her. [Photo] 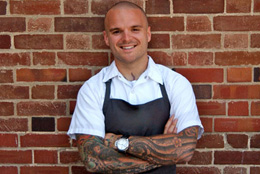 7) Name: Nate Appleman
Restaurant: Chipotle
Rep: The Bay Area Bad Boy
Bad Boy Traits: Lots of tattoos, spent some time in the county jail, frequently leans against brick walls.
But Is He Really a Bad Boy?: Hardly. If you follow him on Twitter, you know that Nate loves nothing more than rolling burritos, hanging out with his little kid, training for marathons, and congratulating other chefs on their work. Lately, he's taken on the potentially soul-crushing job of improving one of New York's best cheap date spots. [Photo] 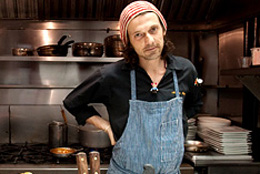 6) Name: Matteo Boglione
Restaurant: Il Matto
Rep: Culinary Mad Man
Bad Boy Traits: Long hair, Italian accent, wears denim overalls.
But Is He Really a Bad Boy?: No way. Despite claims that he's a "mad man " Matteo is a relaxed guy who runs a tight ship at his Tribeca restaurant. Even if the cocktails and dining room at Il Matto are a bit eccentric, Boglione is a talented cook, and his pastas are awesome. So, if he is a "mad man" he skews more towards the lovable Elton John variety, than the creepy Syd Barret type.[photo] 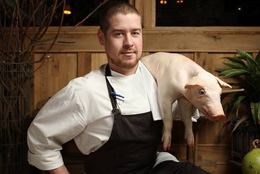 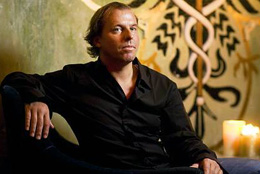 4) Name: Albert Trummer
Bar: Apotheke
Rep: The Bad Boy of Modern Mixology
Bad Boy Traits: Likes to play with fire, spent some time in the clink, Austrian accent.
But Is He Really a Bad Boy?: Yes, but like many bad boys, maybe he's just misunderstood. Did people think it was crazy when Paul Blangé, the chef at Brennan's in New Orleans, lit his first Bananas Foster on fire? Perhaps. But now, it's a delicacy enjoyed all around the world. Who knows — maybe 30 years from now, dousing the bar with booze and dropping a match will become as much a part of cocktail culture as putting out a complimentary bowl of peanuts. [Photo] 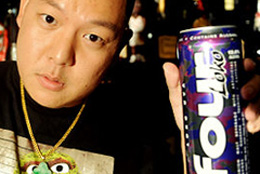 3) Name: Eddie Huang
Restaurant: BaoHaus
Rep: Gua Bao Bad Boy
Bad Boy Traits: Bling, trouble with the SLA, heated blogspot rants.
But Is He Really a Bad Boy?: Nah. He's the kid that makes jokes in class, even though he knows he's going to be sent to the principal's office. Nothing to worry about here. But lately, he has been compared to the originator of the modern culinary bad boy archetype, Anthony Bourdain. [Photo] 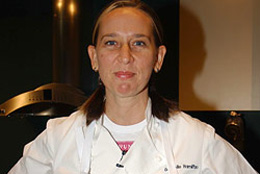 2) Name: Gabrielle Hamilton
Restaurant: Prune
Rep: Brunch Bad-Ass
Bad Girl Traits: Friends with Anthony Bourdain, dabbled with drugs and law-breaking as a teen, has an affinity for blood, bones and butter.
But Is She Really a Bad Girl?: Anyone who has read her memoir knows she's pretty damn badass. Actually, considering her collective years on the brunch line and somewhat gritty coming-of-age, we'd put our money on Gaby in a fight against any of the other chefs on this list. She'd mop the floor with Iuzzini and Chipotle for sure, and with a little help from Hearst, she could probably take down Trummer, Skeen and Liebrandt no problem. [Photo] 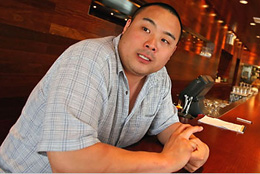 1) Name: David Chang
Restaurant: The Momofukus
Rep: Ramen Rabble Rouser
Bad Boy Traits: Doesn't honor special requests, semi-fine dining "rule breaker," talks smack about California figs.
But Is He Really a Bad Boy?: Not by New York standards, no. But the national/international food press loves calling him a culinary bad boy for things like blasting music in his dining room, providing stools for his guests (not chairs), not serving desserts (or very few), and having weird reservation policies — all pretty common in New York dining these days. Really, Chang deserves the bad boy moniker as much as Nigel Kennedy, the "Bad Boy of Classical Music." [Photo]