10 Signs That a New York Restaurant is Dying

Share All sharing options for: 10 Signs That a New York Restaurant is Dying

Although the economy is a lot better now than it was two years ago, 2011 has already seen a number of baffling, high-profile restaurant shutterings. Which brings up a good question: How do you tell if your favorite eatery is on the way out? Here now is a list of ten tell-tale signs that a New York restaurant is dying. 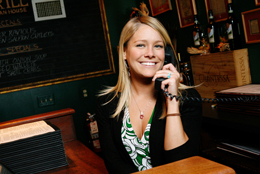 10) Your Monday, Tuesday or Wednesday Night Reservation Is Canceled: Especially during slow times like early winter or late summer, restaurants that are feeling the pinch might axe service on nights when there's not much on the books, in the hopes of saving money on staffing costs. This might be chalked up to "private parties" or "renovations." It's a drastic measure that might let the owners tread water during a lean period, but it's also a move that can further alienate whatever loyal customers were still left. [Photo] 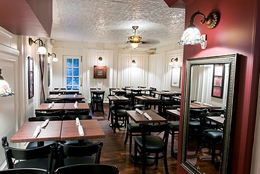 9) The Curse of the Goose Egg: People will always debate the influence of the NYT star system, but history has shown that if you're not an old-timer with a loyal clientele, or a popular club masquerading as a restaurant, a zero star review can be a real curse. Under Sifton's watch, Xiao Ye and Choptank closed (both restaurants claimed that they shuttered for reasons other than unpopularity). But in the last few years, the same thing happened to big name projects like Gus & Gabriel's, Kobe Club and Ago, too. [Photo] 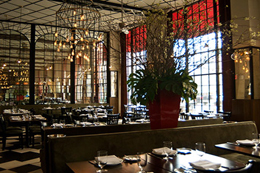 8) Sudden Concept Switcheroos: Big empire builders can sometimes take a dying project and replace it with another of their more popular eateries (it worked for Steve Hanson). But for many restaurateurs, a quick and thrifty concept change can be the kiss of death. The greatest example is Terrance Brennan's Bar Artisanal, which went through an overnight transformation from a "sushi bar but with cheese and cured meats" into a more generic Spanish tapas place — it shuttered just three months after the Latin-tinged downgrade. Or, consider the high-concept Permanent Brunch, which quickly morphed into a steak frites joint, then closed just a month after they slapped a drawing of a cow on the window. 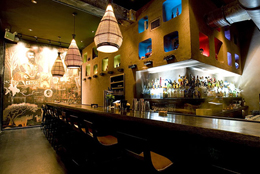 7) The Restaurant Is Turning Into a Nightclub/Lounge: A transformation of a different sort that's also never a good sign. For some places like Merkato 55, the quick trip from restaurantworld to clubland to shutter island is their destiny — it was written in the stars, from day one. For others, like FR.OG, the change is so gradual, that it's practically impossible to remember that they were ever a high-concept semi-fine dining establishment, to begin with. The bottom line is that growing a failing restaurant into a successful club is a hard trick to pull off. [Photo] 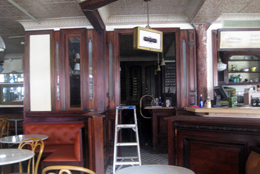 6) Mysteriously Long Vacations: Some restaurants take a week off in late August, or early January so the staff can go on vacation, and the owners can do upgrades or repairs on the space. But when that vacation extends from a week to a month, that's never a good sign — the owner might be considering other options. Last summer, for example, Alegretti, Anthos, Cru, and The Village Tart all went on holiday and never returned. 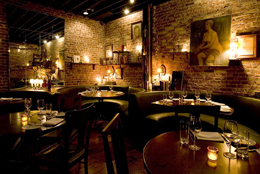 5) The Restaurant Space is on the Market: A fairly obvious sign, but if brokers are shopping around a space to prospective owners and restaurateurs, that's probably a clear indication that the restaurant is not long for this world. As Scuderia, Allen & Delancey and The Eldridge have shown us in the past, this can go on for several months — a year even — before the business is doneski. [Photo] 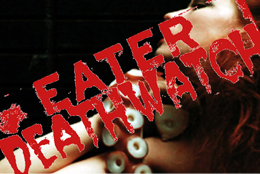 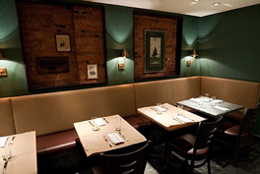 3) Insane Deals: With the advent of sites like Groupon, ScoutMob, Gilt City, and the like, there's tons of deals to be had around town these days. But, as a general rule, the bigger the discount, the more desperate the restaurant is to get butts in the seats. After all, places that are doing really well don't want to attract a bunch of coupon chasers, because they typically aren't the most loyal customers. Just take a peek at the eateries featured on "OpenTable Spotlight" : it's full of places you've either never heard of, or thought had closed already. Other warning signs are insane all-you-can-eat specials, like Choptank's classic "$50 all-you-can-eat crabs, sides and boiled potatoes" promotion. [Photo] 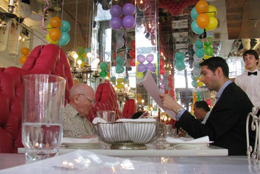 2) A Consulting Chef is Brought on Board: The sad thing is that as diners, we know very little about what exactly a consulting chef does — how much involvement they have with the kitchen, and how long they actually stay at the restaurant. But sometimes when a place is tanking, management will bring on a big name consultant to rejigger the menu, and perhaps get a bit of positive spin in the press. It's almost always a sign of impending doom. The fact is that the most successful restaurants in this city have chefs that stay for the long haul, and work on the food and with the staff on a service-to-service basis. Say what you will about the guy's talent or luck, but Ryan Skeen is the most infamous character in this world. [Photo] 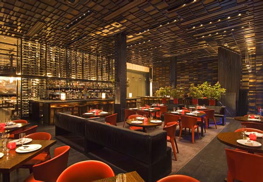 1) A Cheaper Restaurant Opens Within an Expensive Restaurant: In theory, serving a down-scale menu in part of your fine-dining restaurant is a great way to attract customers that want to try your place, but can't afford to eat there regularly. But, this business model doesn't work. Ever. Diners don't like to feel like they're second class citizens in a fancy establishment. It's a move that failed at Craftsteak, Anthos, Country and even Tabla, to name a few.
· All Deathwatch Coverage [~ENY~]