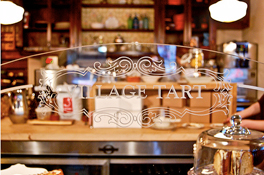 Last night CB2 held yet another SLA Licensing Committee meeting. This time it was in the St. Anthony of Padua Church on Sullivan Street. Bells were rung on the hour and a few committee members took breaks to get ashes on their foreheads during the 6 and a half hour affair, it was a very spiritual setting to be discussing liquor licenses. Here are some of the highlights of what went down:

1) Wren, a new project from the masterminds behind Wilfie & Nell and Sweet Afton were at the meeting seeking a full liquor license for the former Sala space at 344 Bowery. Very few details were leaked about the project other than the fact that they're planning on having 197 seats and will not have DJs or live music. Several tenants of the apartment at 344 Bowery were present, and they all gave their support of the project, in fact they said everyone in the building was on board. The board voted to deny unless certain agreed upon stipulations were met.

2) Toby's Public House was on the docket, looking to expand their Park Slope location to the former home of The Village Tart at 86 Kenmare. The applicant spoke about her project, saying it was a comfortable bar, and that this location would include a bigger menu because of the addition of a charcoal grill. Many tenants of the building spoke out against the project. They said they already have The Kenmare in their building, and they do not need or want another bar there. They also were pissed that they had no notification of the project, and the committee was also annoyed at the lack of community outreach. The locals said they'd be okay with wine and beer only. When the committee asked the applicant what time she wanted the place to close, she said 4AM. The locals laughed. They were denied. Too bad, the Park Slope location seems to have nice ties to the community, and they provide free food.

3) There was a lot of Kenmare action last night. Asia Dog is coming to a tiny storefront at 66 Kenmare in a few weeks and was present in the hopes of obtaining a wine and beer license. The applicants spoke eloquently about the concept, stating that they originated in a bar, and then moved to a mobile platform and they wished to serve wine and beer to go back to their roots, because it is simply natural to crave a beer with your hot dog and honestly to help up their ticket price since the dogs along are so cheap. The board voted to deny unless certain stipulations were met.

4) The owner of Ten Degrees on St. Marks Place was present, seeking a full liquor license for a new location of Ten Degrees spanning from 60 Kenmare Street to 64 Kenmare Street. The lawyer called the neighborhood "depressed" due to the parking lot and empty storefronts, and insisted that Ten Degrees would bring new life to the neighborhood. However, several members of the community spoke out against the venue, fearing it would be like another Kenmare. One local said she hoped the board would "emphatically deny" Ten Degrees, she was upset about "real" small businesses leaving, and she was so mad "she wasn't even making sense." Several others in the audience spoke in favor of Ten Degrees, they said they liked the bar on St. Marks Place and would welcome it in their neighborhood as a new chill spot. The applicant had some great responses to the comments, saying his bar was in fact a small business, they will create many jobs and that they "are not sexy" to diminish fears of a loud hotspot causing traffic and congestion. Unfortunately, the committee denied the location partially because there was no certificate of occupancy for food and beverage, and because of the congestion to the area.

5) Be on the lookout for sushi on a conveyor belt at Moshi on 330 West Broadway. They were approved for a full license.

6) Other items of note: There were many dropouts, layovers and withdrawals of interest including Corkbuzz, Lucali Kenmare and An Entity to be formed Hayden Felice is Principle (note: Mr. Felice is the GM of Craftbar).
—Jackie Goldstein