CB2 Weighs in on Nolita Tavern, English Road, and More

Share All sharing options for: CB2 Weighs in on Nolita Tavern, English Road, and More 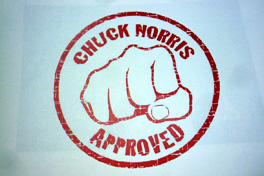 For February, Community Board 2 had an agenda so large that it had to be split over two nights. Last night was the first meeting for the month which featured more layovers and withdrawals than actual applications heard. Among those that were on the docket but did not present were Lucali yet again and Asia Dog. Some frustration was expressed by community members over all the late layovers/withdrawals, leaving them to believe that it was a war of attrition on the applicants' parts to suppress community outrage at the meetings when they finally show up to make their case. No worries - there was still plenty of outrage to be doled out at this meeting.

1) First to step up to the plate was Nolita Tavern on 265 Elizabeth St. (the former Elizabeth space) with owner Alex Rodriguez there on its behalf. The BLT Steak veteran spoke of his desire to open up an American bistro serving burgers and steak to bring "an upscale dining experience to the neighborhood." In response to concerns over the rear garden that were brought up in a previous meeting, he agreed to keep the retractable roof closed at all times.

When opened up to comments from the community, things quickly went downhill. One speaker, a mother of two, was concerned about the noise coming from the rear garden, asking "at 9 PM, when I put my kids to bed, will they be able to sleep?" This led to an eventual stipulation that the garden, which makes up one-third of the space, would close nightly by 11 PM. Another speaker just came out swinging, saying that the proposed restaurant was "totally inappropriate for Nolita," that there were "excellent restaurants already," that "it'll be a rowdy hot dog and burger eating crowd," and that "even if it's locked down, people will still go out, smoke, and be noisy." Also? "The garden is totally unacceptable." Rodriguez pointed out that "any restaurant will have guests who excuse themselves to go outside to smoke or make a call." Citing the lack of community outreach or rather the immense community outrage, the committee voted unanimously to deny their application.

2) Adrien Gallo and Alexandre Amsz are hoping to open English Road, a bourbon bar with southern food, at 264 Bowery. They stated upfront that "we are not a club, just a bar" without any TVs, seating 11 at the bar and a total occupancy of 74. When asked by the committee if it was accurate that they'd be open seven nights a week until 4 AM, Gallo laughed, saying that "hey, we gotta start somewhere," likely alluding to the possibility of having to scale it back via stipulations. When the subject of what attracted the two owners to the space, their lawyer mentioned the soundproofing was high quality which brought sarcastic laughs from the audience, leading him to clarify that a lot of money had been spent on soundproofing.

A committee member remarked "you checked off that you have a DJ," which Gallo responded with "yes, of course we're gonna have a DJ," bringing more roars from the crowd. Finally, the committee turned it over to pubic comments and that's when the fun began, as it always does. One speaker was unnerved by the talk of security and DJs, said that the soundproofing was insufficient, and closed by saying that "this is scary and I can't see how 74 people could fit in a space so tiny and not spill out and make a ruckus." Another speaker echoed those sentiments while also calling out the owners approach to their application. "This may be a joke (holding up the information packet stating the security plan was "Chuck Norris Approved) but everything I hear has been a nightmare." The mother who previously came out against Nolita Tavern spoke about how she thought the neighborhood was going another way, citing Whole Foods, the YMCA, and an art gallery nearby. Basically, she says "I want the kinds of businesses to open that will close at 6 PM." When asked by the committee if they would be willing to compromise on the hours, they stated that, due to the limited amount of space, they needed the 4 AM closing time to maximize patronage. For all those complaints and, really you could have picked just any one of them, the committee made it an easy vote to deny the application.

3) Emperor Japanese at 96 Bowery, a Japanese restaurant that's been open for a few years came before the committee seeking a full liquor license so they could serve a limited bar menu focusing on exotic Japanese drinks that contain rum, among other liquors. While deliberating, one comment from the committee was that the two owners were just "the most delightful couple." They were approved unanimously.

4) Another restaurant already in existence, La Nonna at 134 Mulberry St, had their two new owners present to request a transfer of the existing license. No real opposition from the community though some did attest to the general nature of there being too many restaurants on Mulberry St. One speaker did speak about a prior regime, stating that he was "happy to see the previous operators leave" and that "the violations there would have chilled your blood." He also preferred that the application's stated 1 AM closing time be changed, saying that "midnight is late enough." The two owners were fine with changing the closing time to midnight, making it an easy case for unanimous approval by the committee.

5) Next up was an oddity of an application in the form of Benito's 1 at 174 Mulberry St. The restaurant already exists at that address but the person addressing the committee was a new owner at that space who took over while having no contact with the old owner but using the same name and menu. As he pointed out, "it's not like the name was trademarked." The committee voted unanimously to approve.

6) Acme Bar & Grill at 9 Great Jones closed out the night in search of an upgrade to a full liquor license. It was a veritable lovefest with this applicant as they've been around a long time without complaints. A unanimous approval.
—Gary Wong