The Top 10 Sandwich Additions of the Year in NYC

Share All sharing options for: The Top 10 Sandwich Additions of the Year in NYC

A lot of sandwich restaurants opened in 2011, but only a handful of them are truly great. Here are the top 10 sandwich additions of the year, ranked in order: 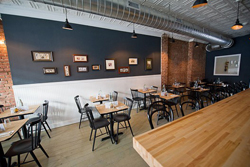 10) Van Horn Sandwich Shop: Southern food is generally terrible in New York, because chefs like to fiddle around with it too much. The guys from Van Horn Sandwich Shop don't do that — they're from the south, and they cook the classics without any funny business. Get the North Carolina-style pulled pork sandwich (the meat is smoked for 12 hours), the fried catfish sandwich (not too oily, and there's a nice cornmeal crust on that fish), or the BLP, which is bacon, lettuce, and pimento cheese. All of these are around $10, and they have eight solid beers on tap. [Krieger] 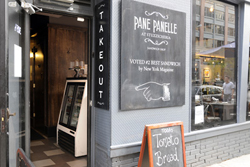 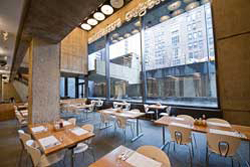 8) Untitled: At Untitled in the Whitney Museum, Gramercy Tavern-vet Chris Bradley is serving up classic New York diner dishes using the best ingredients available. Try the pastrami Reuben (with homemade pastrami) the BLT (with heritage bacon), or the Untitled breakfast sandwich (with homemade sage sausage). Best of all: Untitled serves the lunch items during breakfast, so you can eat a Reuben at 8:30 in the morning on a Tuesday, if you want. [Krieger] 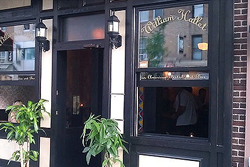 7) William Hallet This new Astoria gastropub serves three crazy-but-delicious sandwiches: foie gras sliders with bleu cheese and fig jam, a pork belly BLT, and a Turducken sandwich. That's slices of meatloaf made with turkey, duck, and chicken, on an onion roll, with bacon and bourbon ketchup. It's the sandwich equivalent of The Six Million Dollar Man. 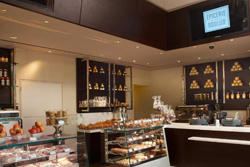 6) Epicerie Boulud: At Daniel Boulud's casual take-out shop, the sandwiches are made with cheeses supplied by Anne Saxelby and meat from charcutière Gilles Verot. The best one is the DBLT, which is smoked bacon and grilled pork belly on a focaccia roll with lettuce and tomato. Runner up is the Cubano sandwich, which is filled with spicy suckling pig, Gruyère, jambon de Paris, and homemade pickles, pressed hot. 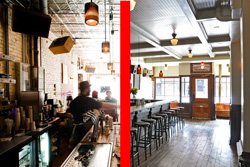 5) The Queens Kickshaw/Noorman's Kil: A tie for 5th place. Both of these new restaurants specialize in fancy grilled cheese sandwiches and one kind of booze (bourbon at Noorman's, craft beer at Kickshaw). One is in Brooklyn, the other is in Queens, and both of them have funny names. At The Queens Kickshaw, order the gouda sandwich made with hummus, jam, and pickled jalapenos. At Noorman's Kil, consider the Solona, which is filled with jalapeno Jack cheese, cilantro, tomatoes, and hot sauce. 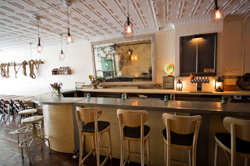 4) Littleneck: As we know, Littleneck is the product of three Gowanus dudes with a dream, and that dream includes lobster rolls and fried Ipswich clam sandwiches. Are these the most authentic New England-style seafood sandwiches in NYC? Hard to say, but they're very good — great, even. Also, the space has a cool, laid-back vibe that's perfect for eating fried fish sandwiches and drinking cans of Narragansett beer. Go now before it's truly impossible to get a table here. [Krieger] 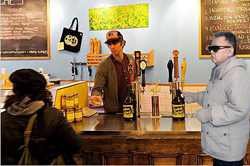 3) Eastern District: Eastern District is one of those stores that specializes in local artisan goods like cheeses, pickles, flavored mayos, small-batch beer nuts, fair-trade kombucha, ethically harvested caramel corn, etc. The shop also sells made-to-order sandwiches, and they are out of this world. The best is the #5, which is fresh roasted turkey, smoked gouda, and bacon marmalade, on a ciabatta roll. Salty, sweet, soft, and a little crunchy, this sandwich is a masterpiece of composition. 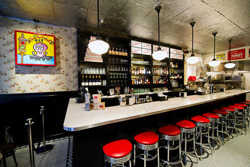 2) Parm: When the Torrisi Boys moved their sandwich-making operation next door, they added a few instant classics to the menu like the meatball parm and the Saratoga club (chicken salad, bacon, lettuce, tomato, on layers of toasted Pullman bread). Parm is certainly the most high-profile sandwich opening of the year, and it would be the number one restaurant on this list, if it wasn't for another Italian place called...[Krieger] 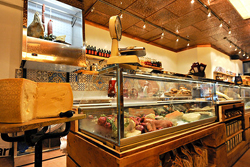 1) Il Buco Alimentari & Vineria: What? Yes. Il Buco Alimentari & Vineria is the big sandwich surprise of 2011. This Great Jones Street spinoff of Noho restaurant Il Buco features a dining room in the back, and a meat counter/market up front, where you can order several incredible — and incredibly simple — Italian sandwiches. The secret weapon is the house-baked bread, and the top-shelf list of imported and domestic meats and cheeses. Many of the sandwiches are drizzled with Il Buco's homemade olive oil and dusted with the house sea salt. Choice fillings include: gorgonzola & pears, mortadella & rupert (an aged, raw cow's milk cheese), and prosciutto with shaved caciocavallo cheese. If you order one of these and bring it back to your desk, your co-workers will be so jealous. [photo]