Remembering the Biggest Dining Surprises of 2011

Share All sharing options for: Remembering the Biggest Dining Surprises of 2011

As is the tradition at Eater, our closeout of the year is a survey of friends, industry types, bloggers, and readers. We've already covered Best Standbys, Top Newcomers, Best Restohood, and 2011 in one word. Now it's time for the biggest dining surprise of the year. Readers, please add your thoughts to the comments. 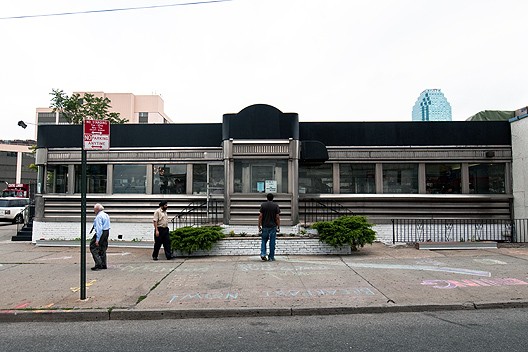 Q: What was the biggest dining surprise of 2011?

Ryan Sutton, restaurant critic, Bloomberg: Beauty & Essex was the biggest dining surprise of 2011; they’re serving better food than they have any right to, especially considering they’re the people who brought us the craptacular Stanton Social. B&E’s wagyu carpaccio with seaweed is a perfect study in umami. And although I still have a lot of eating left to do at Catch, I'm shocked that the guys behind Abe & Arthur are serving some pretty amazing food. Props to Top Chef Hung Huynh. So far so good.

Josh Ozersky, columnist, TIME: Just how bad my tasting menu at Per Se was. I didn't think even I, Sifty's most vocal and vehement critic, could so overestimate his judgement. I knew he had no taste, but I didn't think he would mislead me THAT badly. I still enjoy his food writing—but his tenure as critic amounted to a fugue state.

Gabriella Gershenson, senior editor, Saveur: The farm-to-table trend seems to have given way to other, more individualistic styles of restaurant.

Danyelle Freeman, Restaurant Girl: Josh Ozersky’s recent manorexia revelation. It’s a devastating blow to the food community. What is he going to write about now? And that the dim sum became hip, making its way onto the greenmarket and nightlife scene at Red Farm.

Kate Krader, restaurant editor, Food & Wine: That Williamsburg is one of the best dining hoods in NYC. Runner up surprise: the power of fine dining.

Kim Davis, The Pink Pig: That Williamsburg was best dining neighborhood NY in 2011.

Marc Shepherd, NY Journal: Mediocrity. Far too many places are just pale imitations of things that are better, elsewhere.

Jay Cheshes, restaurant critic, TONY: Isa. I expected another hipster scene with passable food but was thrilled to discover some of the city’s most creative cooking instead.

Jordana Rothman, dining editor, TONY: Although New York is home to some of the most enlightened eaters on the planet, most of them are still content to drink utter swill at the cocktail bar. This still surprises me. 2012 is the year of knowing your barman.

Gabe Ulla, features editor, Eater National: A few: people not totally hating Romera, the sad shuttering of What Happens When, and the unlikely rise and relatively quick dissolution of Tenpenny.

Ben Leventhal: Maybe that there were very few surprises? Romera was twice as good as we expected it to be, but as everyone predicted it would, it got pulverized. It surprised me how quickly they turned Monkey Bar around, too.

Lockhart Steele: Well, this is absurdly self-promotional, but I loved the Eater-Little Owl partnership on Cinqo de Mayo that produced, pretty much out of nowhere, an awesome taco shop called El Buho Pequeno in the Little Owl's event space on Greenwich Avenue.

Greg Morabito, features editor, Eater NY: Romera. The dining room felt like a Transcendental Meditation center, but the food was mostly superb and completely unlike anything I'd ever had before.

Amanda Kludt, editor, Eater NY: I'm with Scott. 2010 brought the divorce of Michael White and Chris Cannon but 2011 was when we saw Cannon's unexpected and devastating collapse. To see such a dynamic and talented restaurant world character close his restaurants and exit stage left was a real shock I think.