Friends of Eater Recall Their Single Best Meals of 2011

Share All sharing options for: Friends of Eater Recall Their Single Best Meals of 2011

As is the tradition at Eater, our closeout of the year is a survey of friends, industry types, bloggers, and readers. We've already covered Best Standbys, Top Newcomers, Best Restohood, 2011 in One Word, and the Biggest Dining Surprises of the year. Now, Best Meals. Readers, please add your thoughts to the comments. 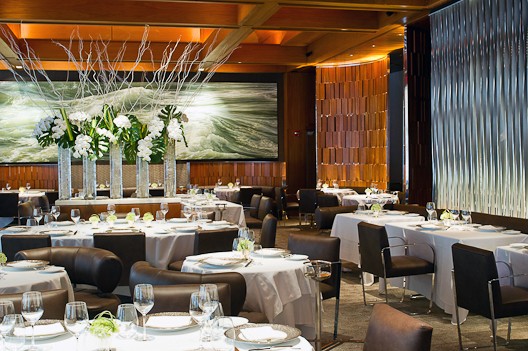 Ben Leventhal: Blue Hill at Stone Barns and it's not even close. Although there is now the matter of a new chef finding his way, I'll say it again: this is a four-star restaurant.

Kate Krader, restaurant editor, Food & Wine: I've got to say, the 20-course Torrisi 2.0 menu. Torrisi and Carbone obviously thought and thought and obsessed about every detail of every course and took in influences from all over NYC, and as far away as the Jewish ghetto in Rome. They traveled through time to celebrate old school institutions like Delmonico's, got gorgeous antique Tiffany oyster forks for their chicken oyster. They serve quail eggs that look just like olives, Foie gras newberg with a lobster mushroom sauce. A house Americano cocktail made with grapes from Long Island, beef tartare made with a just-seared delmonico steak with an egg yolk that's really bernaise sauce (I'm lucky, we got to preview that dish in F&W test kitchen for a story we did – so I've gotten to eat it twice). The menu is genius, all the way around.

Greg Morabito, features editor, Eater NY: A dinner at the bar at I Sodi back in May. This is a restaurant that is secretly packed every night because the food is so damn good. I remember the pastas most of all, which were perfect, but there was also a killer rabbit dish that night and a few glasses of inky Montepulciano.

Josh Ozersky, columnist, TIME: Without question the big tasting menu at Torrisi. Totally unique in every way: the room, the food, the service, the creativity, the force of vision and personality—just remarkable. Disclosure: I am friends with the boys and ate as a friend of the house.

Ryan Sutton, restaurant critic, Bloomberg: Father Sutton needed major surgery earlier this summer; so a few nights before, Mother Sutton and I took Dad to Esca for a proper dinner. Now, I love Marea; it's the city's best Italian seafood spot, but sometimes I prefer Esca because the flavors are cleaner and lighter than Michael White's butter, lardo and bone-marrow-studded fare. We had funky-fresh raw shrimp, bluefin crudo (sorry), and
something called tuna bacon, which is this super fishy-salty-smoky slab of maritime protein and honest to God it was one of the best things I ate this year. And man, Esca’s linguine with clam sauce— spicy and aggressively briny—is one of the city's great dishes. That was my meal of the year. And Dad's all better too.

Josh Stein, senior editor, Departures: September 15, 2011. Roberta's Chef Tasting. Audacious and Delicious. And, because it was directly after the Sifton review, it felt nice — for once — to have the milk-fed watery eyes of Manhattanites turned towards us in jealousy.

Jordana Rothman, dining editor, TONY: In New York I shared an excellent and memorable feast at St. Anselm. But the single best meal: Joe Beef in Montreal. Fred Morin pummeled us with courses, and we rose (slowly, with labored breathing) to the occasion, putting away a rather obscene amount of his idiosyncratic and exceptional food.

Gabe Ulla, features editor, Eater National: Momofuku Ssam, on my birthday, drinking albariño with a dear friend and my folks and for the first time devouring new classics: the lamb loin and belly, the poached chicken, the chanterelles and marrow. One meal at Noma and various visits to Mugaritz and Alinea were pretty good, too, but those don't qualify.

Lockhart Steele: From a strictly food perspective, enjoyed quite a few insane meals outside New York City this year, among them a May dinner at Charleston's Husk, and killer meals in Australia this fall at Dave Chang's new casino jam and at Melbourne's Attica. Here in New York, though, the meal that stands out for me is my first visit to Red Rooster on a cold night in mid-February. The food was great, but what made the meal was the spirit of the room, the feeling that everything great about New York City was happening within those walls at that exact second in time.

Danyelle Freeman, Restaurant Girl: Eating at the sushi counter at Tojo in Vancouver with Tojo himself
preparing every dish. Aside from Japan, I’ve never had fresher fish or better salmon. I love eating alone because you can really pay attention to your plate and savor every glorious morsel.

Scott Solish, nightlife editor, Eater NY: Marea again, swapping out the entree for a double pasta. Although the pastrami sandwich at Katz's 8 hours before my son was born is a close 2nd.

Amanda Kludt, editor, Eater NY: On the high end, Blue Hill Stone Barns no question. Probably the best special occasion meal I've had in a few years. On the lower end, I had a couple of wonderful, classic red sauce feasts at 100 year-old Bamonte's in Williamsburg.