Industry Experts on the Top Restaurant Standbys of 2011

Share All sharing options for: Industry Experts on the Top Restaurant Standbys of 2011

As is the tradition at Eater, our closeout of the year is a survey of friends, industry types, and bloggers. This year, we asked the group eight questions, from Meal of the Year to Top Newcomers. All will be answered by the time we turn off the lights at the end of the week. Responses are related in no particular order; all are cut, pasted and unedited herein. Readers, please do add your survey answers in the comments. 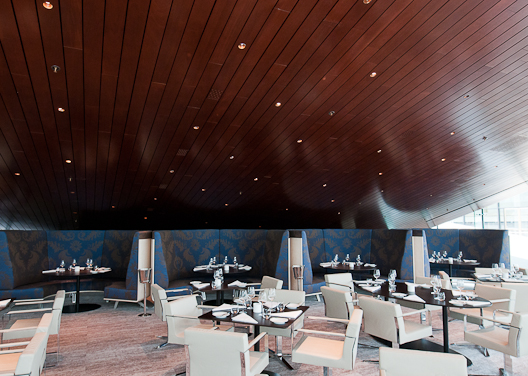 Josh Ozersky, columnist, TIME: Thanks to a triumphant return from my Brooklyn exile, I hit a lot of neighborhood restaurants this year: Hearth, Barbone, Edi and the Wolf, Cafecito, Blue 9, and Gnocco.

Kim Davis, The Pink Pig: Lincoln and Minetta at the high end; Roberta’s, Le Comptoir and The Brindle Room in the middle; Mancora at the bottom.

Greg Morabito, features editor, Eater NY: OTT Thai on Manhattan Ave in Greenpoint, Brooklyn. They make exceptionally good vegetable and noodle dishes, and if you like, you can buy a vintage camera from the owner. I've never done it before, but that's a cool side business they've got going on there.

Marc Shepherd, NY Journal: Lincoln. Why? It’s good, it’s at Lincoln Center, and the menu lends itself to smaller meals. (I would go to Picholine more, if it had such a menu.)

Jay Cheshes, restaurant critic, TONY: Fedora was my go to spot this year if it was raining or snowing or freezing or I was just feeling lazy. It’s right around the corner, has good food and warm digs, and I always found a stool for a bar-top bite. And, best of all, the menu seemed completely different every time I came in, always new and surprising.

Josh Stein, senior editor, Departures: I've never been disappointed by Shea Gallante's Ciano nor Jonathan Benno's Lincoln. Benoit which was always good, under Philippe Bertineau has become great. And yet, due to its proximity to the office and superlative quality, I've probably eaten at Park Italian Gourmet, a fluorescent-lit deli with a counterman who reads Gazetto de lo Sport and the best eggplant parm hero in the city more than anywhere else.

Ryan Sutton, restaurant critic, Bloomberg: Las Vegas is one of my homes away from home and I probably dined at Jose Andres' China Poblano more than anywhere else in 2011; I was there six, maybe seven times over the course of five days last February. Give Andres credit for serving duck tongue tacos to tourists wearing fanny packs and Laker jersys. He's got these Sichuan beef tendon tacos with raw Kumamoto oysters; if there were such thing as steak cream cheese, it would taste like this -- wicked. Then there are salt air margaritas (molecular mixology!), French fries with XO sauce (infinitely better than poutine) and rou ja mo pork buns that are good as anything at Ssam Bar. China Poblano is proof that you can take a casual casino restaurant and make it exciting and challenging. Back in New York, I probably returned to Harold Dieterle's Kin Shop and Alex Stupak's Empellon more than anywhere else. Call it a crazy coincidence that two of America's most prominent avant-gardists (Andres, Stupak) scored big with Mexican joints in 2011.

Jordana Rothman, dining editor, TONY: Not being able to develop standbys is a bit of an occupational hazard, but I did make a point of returning for multiple meals at Buvette, John Dory Oyster Bar, RedFarm and the Cobble Hill bakery Bien Cuit. And at Mile End, right in my neighborhood, I’m basically a squatter.

Amanda Kludt, editor, Eater NY: This is not a restaurant, but I stopped in at year-old Williamsburg wine bar Tuffet about once a week this year. Rubirosa was my big go-to, also Kin Shop and ABC Kitchen.