The plywood's down, the griddles are fired up, and Shake Shack Brooklyn is just about ready to go. The Fulton Street location of Danny Meyer's beloved burger chain is set to open tomorrow, with a huge dining room (the biggest in NYC), plenty of windows looking out onto DoBro, and a few new dishes — including one secret off-the-menu snack. 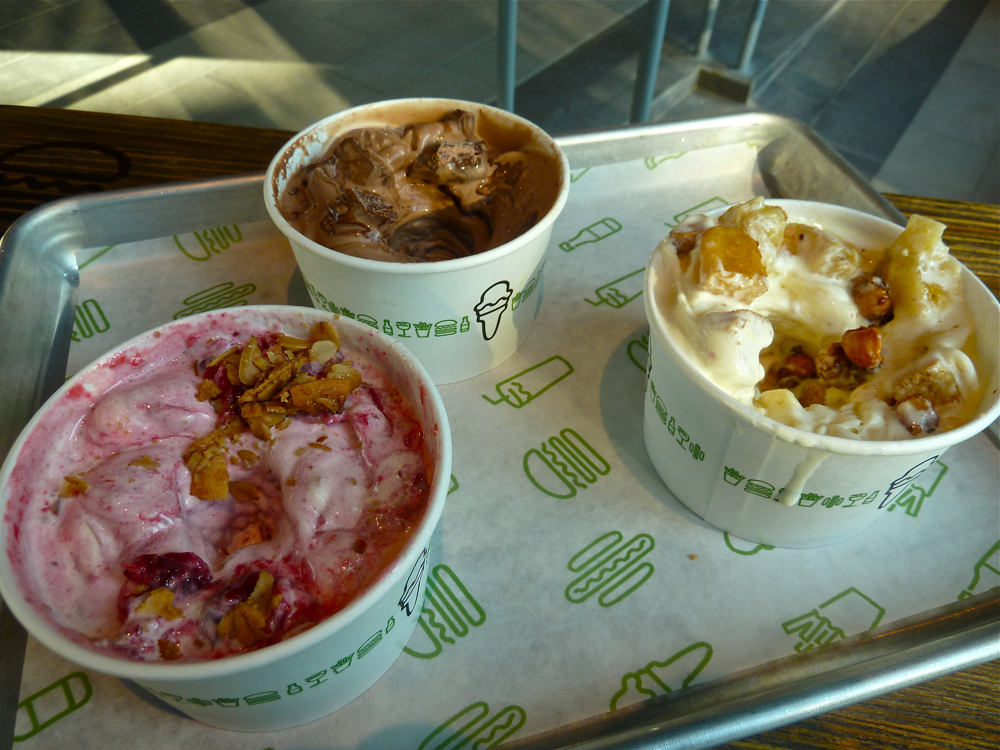 [Left to right: The Borough Precedent, The Fudge-eddaboutit, The Urban Lumbershack]

Here are the three Brooklyn-exclusive Concretes. The Urban Lumbershack is a mix of vanilla custard, fried Belgian waffles, banana chunks, and bacon peanut brittle from The Redhead. The Fudge-eddaboutit is made with chocolate custard, cinnamon fudge sauce, and pieces of a special chocolate bar that the Mast Brothers are making just for Shake Shack. The Borough Precedent is a blend of vanilla custard, Early Bird granola, and a seasonal fruit puree. 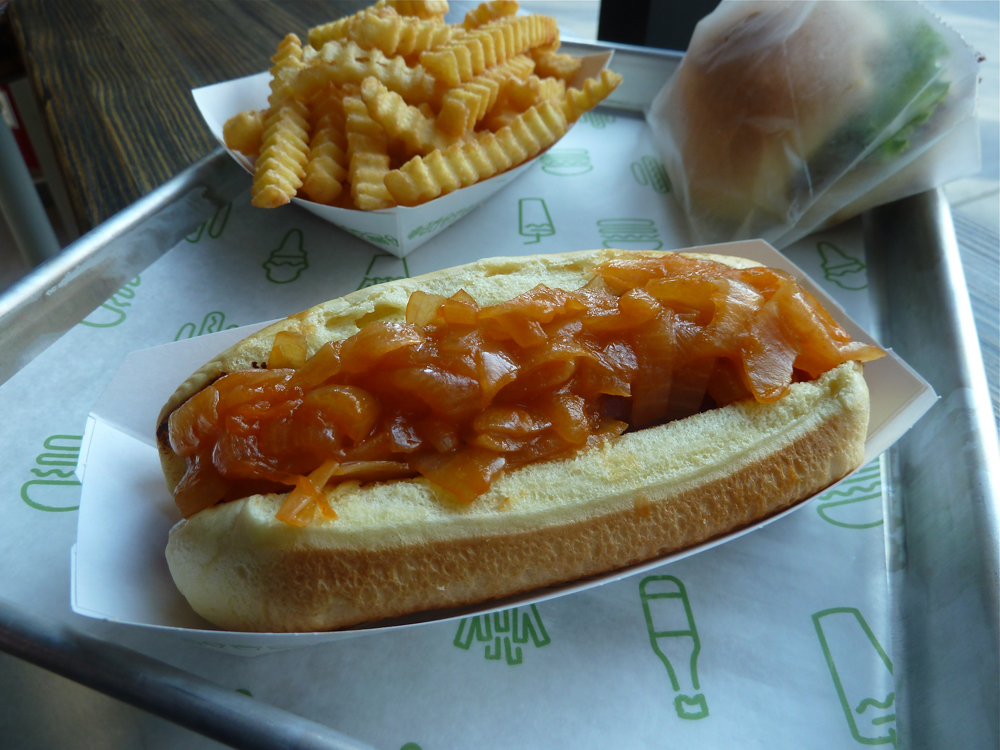 Just this weekend, Shack introduced a new special sausage called The Frisky Dog, which is now available at all locations. It's a flat-top grilled sausage with spicy tomato-simmered onions — basically the Shack's version of a classic New York street cart dog. For the first time ever, you can also get your dog topped "Mutt-Style," which is with your pick of toppings: spicy tomato-simmered onions, Shack cheese sauce, Shack relish, or kraut (they're 50 cents each).

And about that secret snack: you won't see it on the menu, but Shake Shack is now offering Frisky Fries, which are the regular cheese fries topped with the spicy onions from the Frisky Dog. Ask for it by name.