Johnny Iuzzini is one of the best pastry chefs in New York, and also one of the most stylish. He's got at least five signature looks that he can bust out for the camera, and he's taken a lot of photos over the years. Now that Johnny is stepping down from his position at Jean Georges, it's as good a time as any to take a look back at his greatest style hits.

1) From Garde Manger to Prêt-à-Porter: 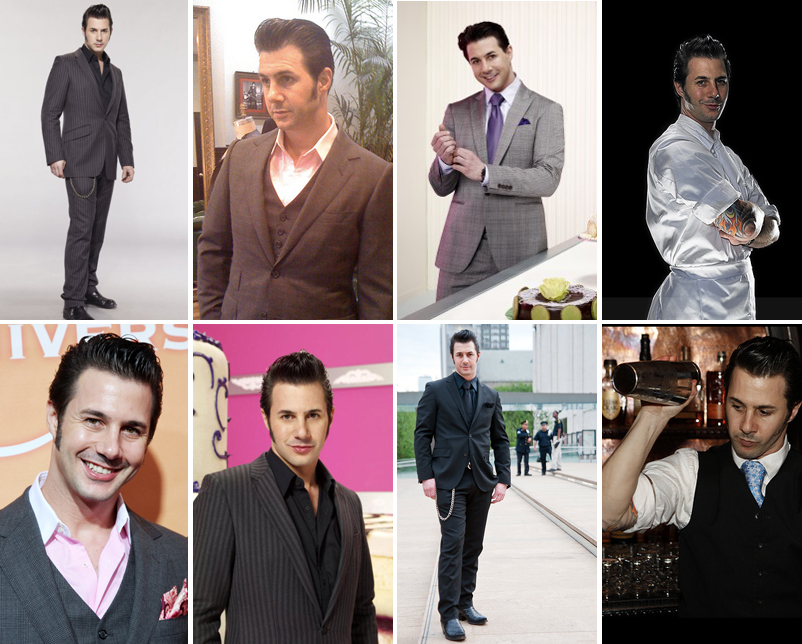 Does this look like a guy that spends all day covered in flour and hazelnut ganache? No way — Johnny cleans up good. The wallet chain is a nice touch, because it sucks to lose your wallet. 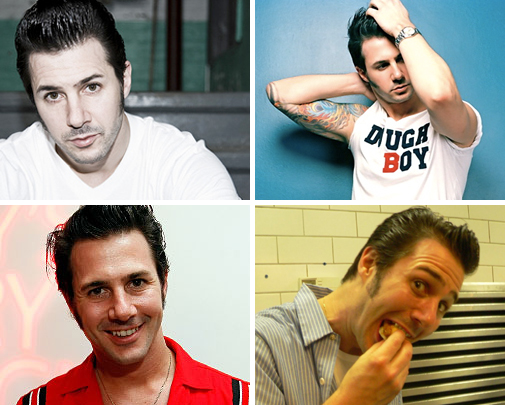 When he's not in the kitchen or on the red carpet, Johnny Z likes to sport this retro look. He'll make you a soufflé, fix your car, then break your heart.

[Next to his ride, jacket, on the hog, black shirt ]

Most chefs take the subway to work, but not Johnny Z — two wheels all the way, baby. Johnny and his motorcycle put Mario and his vespa to shame.

Sometimes Johnny takes photos that recall the early works of filmmaker Luis Buñuel. And that's cool. He works hard, and he deserves to do whatever he wants on his days off.

5) The Lighter Side of Johnny: 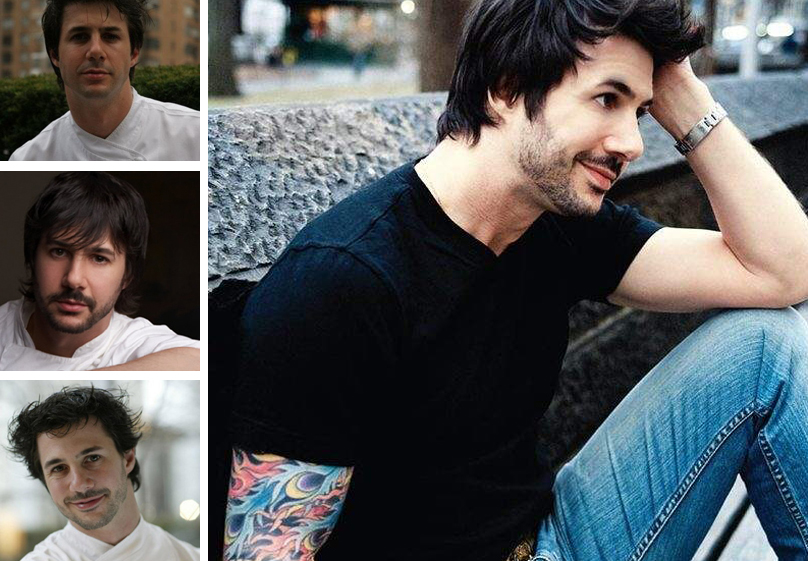 Like a creme brulee, Johnny has a soft layer beneath the hard exterior — it's complicated. 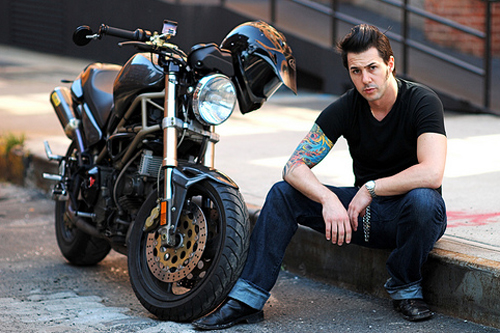 · All Previous Editions of Hot Looks from Hot Cooks [~ENY~]