Top Sommeliers On What to Bring to BYO Chinese Spots

Share All sharing options for: Top Sommeliers On What to Bring to BYO Chinese Spots

In honor of Chinese Food Week we've asked four of the city's most experienced sommeliers to tell us about their favorite BYO spots, what they love (and hate) to drink there, and that one wildcard pairing that will remind us all to keep an open mind. Plus, tips on how to have a drug-free acid flashback at Peking Duck House. 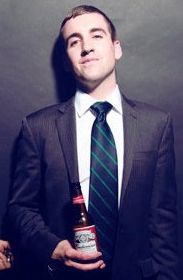 What's your favorite BYO Chinese spot(s) in the city and why? In no particular order: Fuleen Seafood, Great NY Noodletown and Spicy and Tasty in Flushing.

Go-to dishes: At Fuleen I like the Shredded Squid Chili Style, and the Geoduck two ways. At Spicy and Tasty I like the Double Cooked Pork, and at Great NY Noodletown I ask Marea's chef de cuisine Jared Gadbaw to help me order, and it is always very good.

What do you like to drink with Chinese food and why? I generally like Champagne (currently battling a Dosnon & Lepages Blanc de Noirs addiction). I also like a variety of Riesling (I usually go for something Donnhoff as of late--with residual sugar though), also Chenin Blancs like the 2008 Jasnieres "Premices" from Domaine de Belliviere work particularly well with spicy dishes. I generally look for wines that have good concentration of fruit and cleansing acidity. Lastly, I have never said no to an ice cold Tsingtao.

Worst thing to drink with Chinese food? Any particular experiments that went terribly awry? I try to avoid wines with a lot of oak influence or tannin with Chinese food, but I think that is pretty much a rule by now. A standout bad experience (that has nothing to do with oak) was a bottle of Alphonse Mellot Pouilly Fume "Par Emanuelle Mellot" with some shredded chicken with chilis. The wine has this intense savory mineral quality that was almost spicy in its own right, and it was like throwing gas on a fire. Lesson learned.

Wildcard accompaniment? I recently had a Piemontese ale called Tibir that is brewed with timorasso grapes and sees some time in oak. It’s round but not overly so, and while I am not about to leave the Champagne behind, it worked well with a variety of dishes on a recent visit to Noodletown. 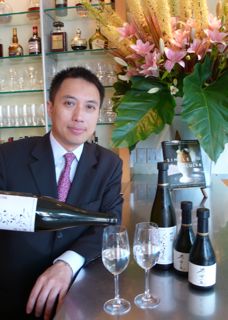 What's your favorite BYO Chinese spot in the city and why? Good Chinese food restaurants are characterized by what we Chinese call good “wok hey” ?meaning a hot enough flame so the wok can sizzle and seal in the juices of the ingredients when you cook them. These places have the “wok hey” and they let you bring your own wine ? usually nominal corkage (at most $10 a btl):

1) Fuleens – 11 Division Street – my favorite go to for seafood (and they do a pretty mean Peking duck as well). Go-to dishes: anything seafood, Razor-clams with black bean sauce, and Peking Duck.
2) Wo Hop – 17 Mott Street – Old standby for a late night meal. Go-to dishes: sautéed rock snails with chili peppers, stuffed chili peppers, steamed bass with ginger and scallion and more exotic dishes like sautéed fish lips.
3) Oriental Garden – 14 Elizabeth Street – Known for seafood, but they do very good dim sum. A bit more expensive than the others places, but bringing a bottle of Champagne to have with dim sum has become a habit. Also, pan-fried noodles with seafood?

Worst thing to drink with Chinese food? I don’t want to name names but generally heavy reds with big tannins don’t do well?

Wildcard accompaniment? Greek whites like a Moscofilero or Assyrtiko work well. If you really think hard about the pairings it makes sense. 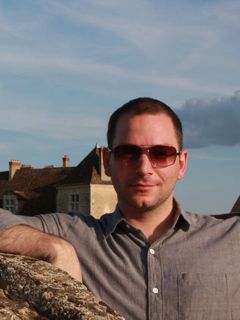 What's your favorite BYO Chinese spot(s) in the city and why? The very first Chinese restaurant that I went to when I moved to New York was the Peking Duck House in Chinatown. I try to build a sandwich out of everything that I eat, so I love the fact that you get to make these little burritos of deliciousness with the pancakes, cucumbers and hoisin sauce.

Wa Jeal Sichuan Chili House 82nd and 2nd Ave is also a favorite. I live on the Upper East Side and it’s always a struggle to find somewhere that’s delicious and affordable to eat. Order from the Chef’s Menu. Those dishes are a traditional representation of Sichuan cuisine and are, in my opinion, the best in the restaurant.

Go-to dishes: At Peking Duck House I always go with a small group and there is only one reason to go: The Peking Duck Dinner! At Wa Jeal I really enjoy the Braised Crispy Tofu with Chili Sliced Pork and the Stir Fried Prawns with Spiced Chili Cucumber.

What do you like to drink with Chinese food and why? With traditional Sichuan, because it is a very spicy cuisine, I always step up the sugar levels to help counteract all that heat. I feel that Auslese Riesling is misunderstood by most, which may be a big reason why I love it, but its the perfect Sichuan accompaniment. It has power and concentration, but as it ages it doesn’t seem as sweet. Those wines can get expensive, especially if you spring for a top producer like J.J. Prum or Dr. Loosen, but you can always find good deals. On the market right now is a producer by the name of C.H. Berres who recently released a lot of back vintage Riesling that’s very inexpensive for the quality (around $20 retail). Their 1997 “Urziger Wurzgarten” Riesling Auslese is the perfect accompaniment to spicy food. The vineyard is made up of red slate, which gives it a hint of spice. “Wurzgarten” literally translates as spice garden.

For Peking Duck I like to drink a lot of different wines. Some of my favorites are Chateau-Grillet, Kabinett Riesling and Cru Beaujolais.

Worst thing to drink with Chinese food? Any particular experiments that went terribly awry? I once sat through a tasting of 5 single vineyard expressions of one of the most exclusive California Cabernets at a Peking Duck House dinner. It wasn’t absolutely the worst thing I’ve ever done in my life, but I can’t say that it was a happy marriage of food and wine either.

Wildcard Chinese accompaniment? Brooklyn Brewery’s Brewmaster’s Reserve: The Companion. It’s a new beer that was recently created by Garrett Oliver to commemorate the release of The Oxford Companion to Beer, which he was the Editor-in-Chief of. It’s basically a wheat based equivalent to barley wine and is delicious. It has a lot of flavor, is still light on the palate and has a nice fruity component. 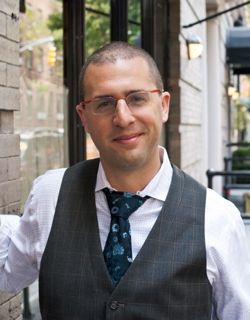 What do you like to drink with Chinese food and why? Wine: Schaeffer Kabinett Riesling. Old red Burgundy, which is far too $$$ with Peking Duck. Back in the day when I was a somm at Veritas we (the owners and the somms) used to go to Peking Duck House every year for X-mas and roll with crazy wines (DRC, Leroy, Old Riesling).
Beer: Lagunitas Maximus IPA (I really like rich, hoppy West Coast IPAs. This isn’t an ideal pairing, but I love it anyway)
Other: Orange Pekoe or Jasmine Tea that when the caffeine mixes with all of the salt, spice, and MSG from the food it makes you feel like you’re having an acid flashback, albeit a tame one.

Worst thing to drink with Chinese food? Any particular experiments that went terribly awry? Not really, when in doubt there’s always Tsingtao around those parts. Kind of keeps you out of trouble.