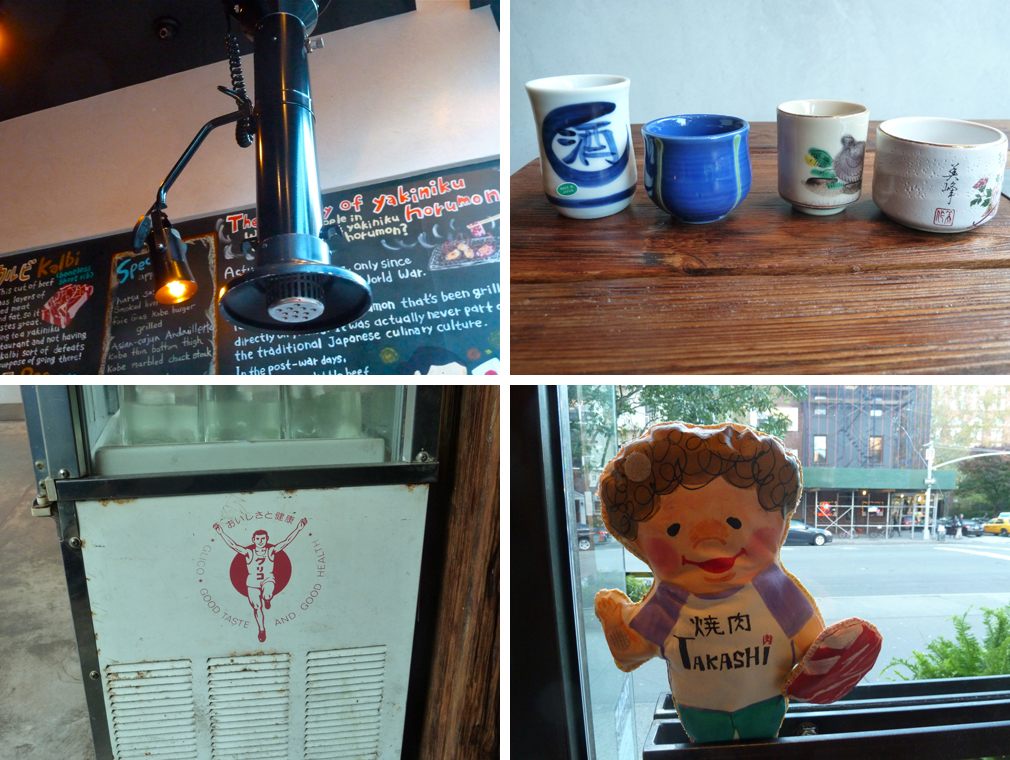 At grill-your-own-barbecue joint Takashi, the dining room is full of knickknacks and good luck charms culled from chef Takashi Inoue's personal collection. The restaurant also has a high tech toilet, a hand-painted choking hazard sign, and a big cartoon mural where cows explain why they are so delicious. Here's a tour from manager Reece Barakat. 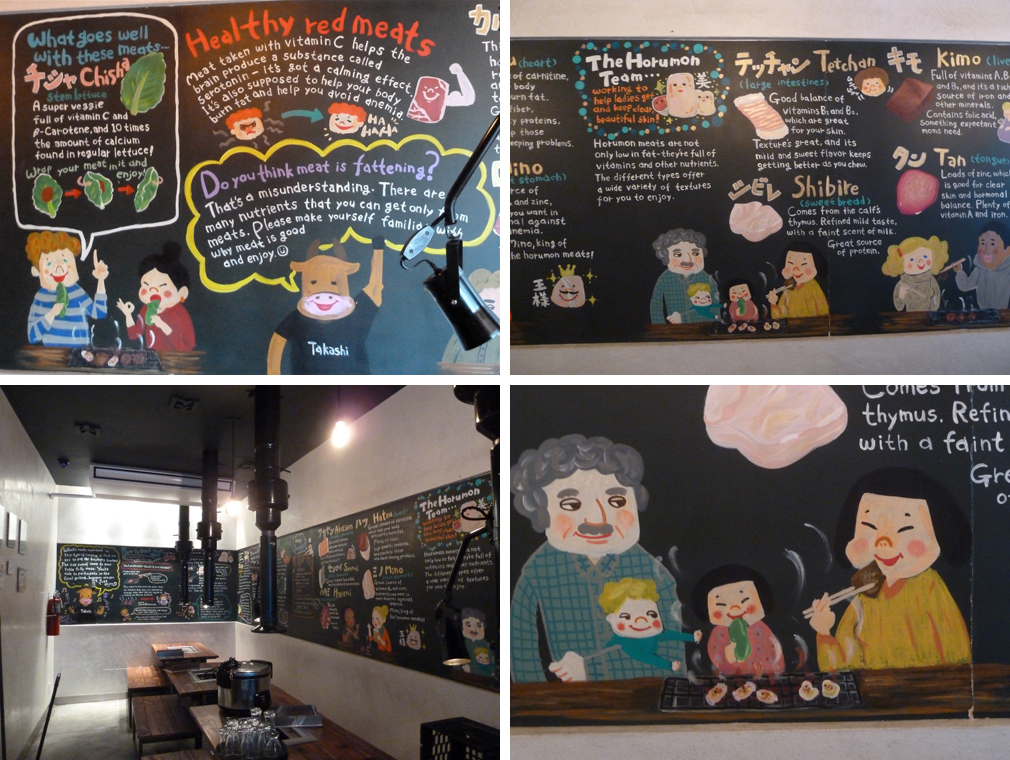 Reece Barakat, Manager: "The mural on the wall has info about every single cut of meat that's on the menu. This is basically a guide to how to grill, how to eat, and what you're eating. There's info about health benefits, the protein quality, the vitamins, and whatever else. They're Takashi's words. His partner translated and edited, and his friend from Osaka came and illustrated everything.

"These are the telescope exhausts. These are the only ones in the U.S., and we had to get a special permit to import them. I think we're also the only people that have these grills, which imitate the effect of cooking over charcoal. They were made in Japan and shipped over here. 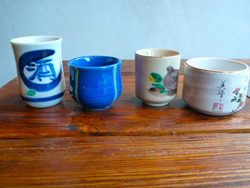 "These are antique sake cups that Takashi has been collecting for a very long time. All of them are from Japan. When somebody orders a carafe or a bottle of sake, we bring it to them on a tray and they get to choose their own cup. Sometimes people will take them, and sometimes people bring them in and we say, 'They're beautiful, but they're not going to do the trick.'

"Takashi had this imported from Japan. It's an old milk bottle fridge, and then we got the bottles from this Amish farm in Pennsylvania — that's what we serve our water from. The milk brand is Glico, and there's a district in downtown Osaka that has this big neon sign with this guy running on it, The Glico Man.

"The girl who painted the mural designed our choking sign and our non-smoking sign — she did everything. 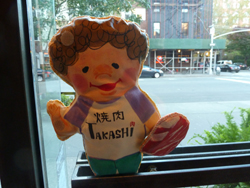 "She also made this and gave it to Takashi. It's a doll of chef smiling with a piece of meat. We usually put it in the window. 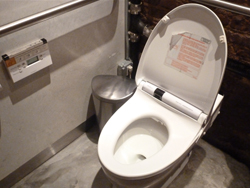 "This is our very intelligent toilet. It's full service. The seat comes up and the boys get the back and the front if you want, and the girls have a front option as well. There's a retailer that sells these here. It's called a 'Toto toilet.' 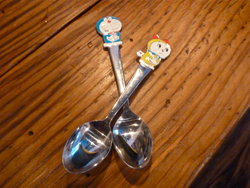 "We have these little spoons, which everybody and their mother steals. It's from a cartoon called Doraemon. He's a little cat that has a door that takes you anywhere in the world that you want to go. These don't look that special, but they're like three dollars each and we have them sent from Osaka. Takashi's mom sends them all the time."