Share All sharing options for: This Month in New York City Dining, 1988

Occasionally, we like to look back on other periods of New York dining. Here now is a rundown of what was abuzz in the city 23 years ago: November of 1988. 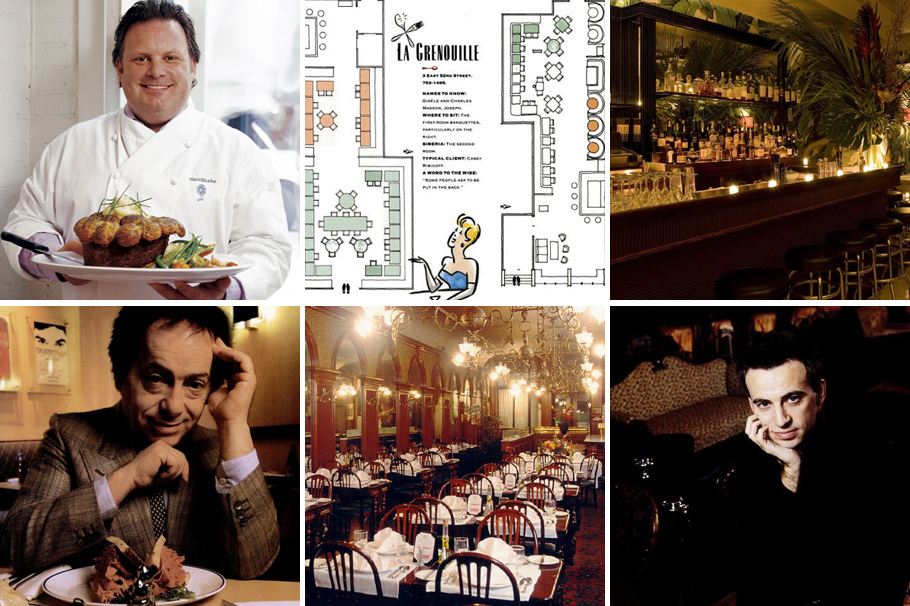 Dining News: Gage & Tollner, Fax Machines, and Nell's: This month in 1988, Fulton Street legend Gage & Tollner was sold to Manhattan restaurateur Peter Aschkenasy, who turned it into a Southern place — it was the first of many changes that would lead to the eventual shutter of the restaurant in 1995. The 10th annual Zagat guide came out this month. The top five restaurants on the "New Yorkers' favorite" list were: The Four Seasons, Lutece, La Cote Basque, Le Bernardin, and Chanterelle.

[Photos: Keith McNally at Nell's in 1986, Gage and Tollner, "Le Fax Menu"]
The Times published a monster trend piece about the popular nightclubs of the moment, with a special focus on Nell's on 14th Street (now home to The Darby). The club, which was co-owned by Keith McNally, is described as "ground zero for downtown Manhattan's artistic elite." Other nightclubs that get name-checked in the article: Tunnel, M. K., Au Bar, B#2, The World, Bentley's, Hard, and Lift Up Your Skirt.

This month, New York dropped a fantastic guide to the most sought-after tables around town, with illustrated seating charts for each restaurant: 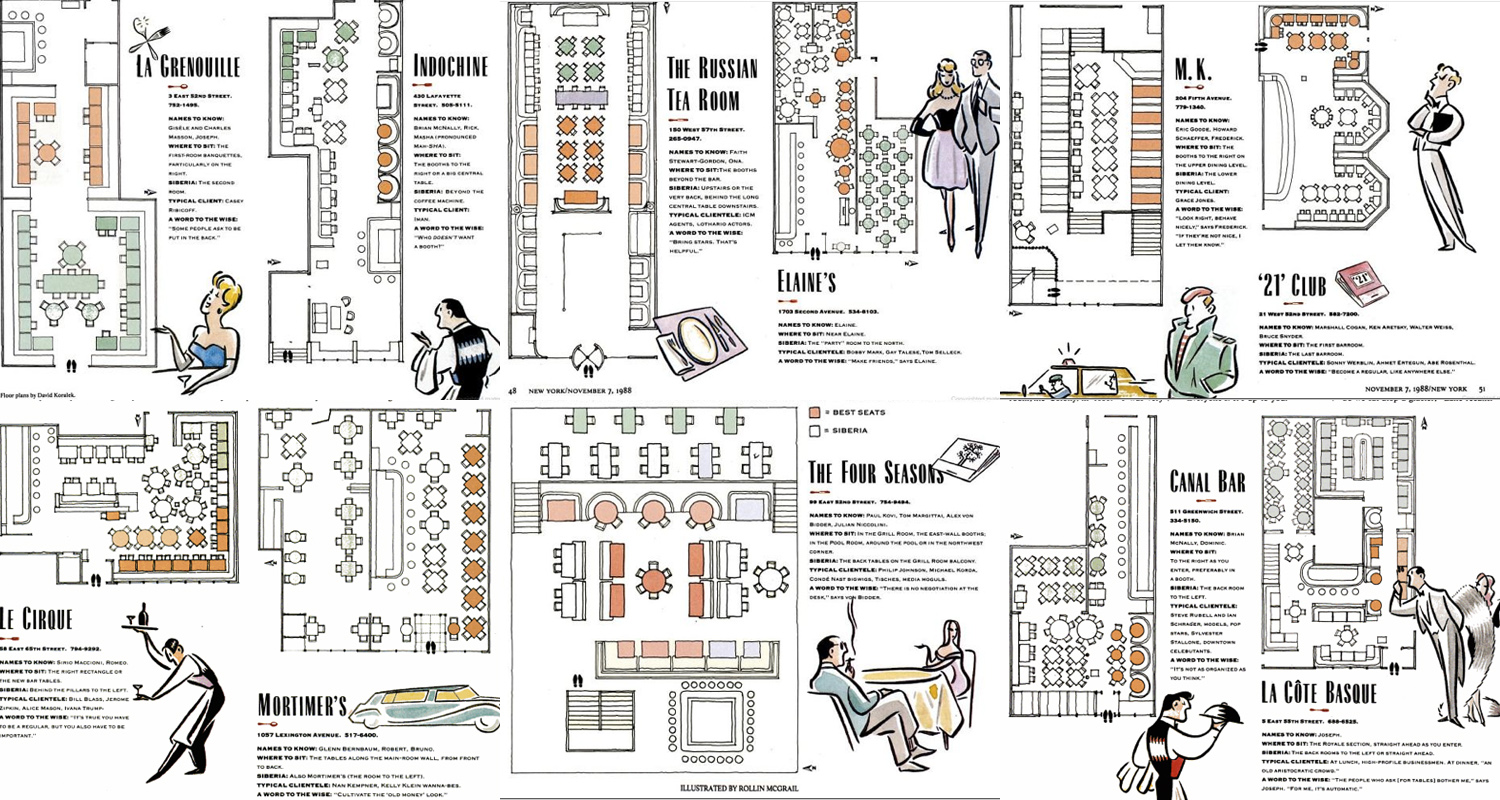 There was a hot new trend in November of 1988: fax machines in restaurants. Nick Valenti of Restaurant Associates explained the "Le Fax Menu" phenomenon: "This way...you can get your lunch without speaking to anybody." And, just in time for the holidays, former Le Pavillon chef Pierre Franey offered a recipe for chicken hash in his "60 Minute Gourmet" column.

Both Bryan Miller and Gael Greene reviewed Andiamo!, an Italian restaurant near Lincoln Center with La Cote Basque vet Frank Crispo in the kitchen — Miller awarded it two stars and Gael was a big fan, too. The Times critic thought the food at Indochine was good enough for a two spot, and he found that French restaurant Le Cygne was worthy of three stars, even after 20 years in business.

Miller was less enthusiastic about Bangkok House, which he gave just one star. He also dropped two goose eggs this month: one for Rogers & Barbero in Midtown (satisfactory), and another for Glouster House in Chelsea (poor).

This month in 1988, Gael Greene filed a report on New York's "Deli War." According to her research, the sandwiches at Carnegie Deli had grown bigger, the pastrami at Stage had "lost its loving, homemade touch," and the chicken liver at 2nd Avenue Deli was "sweet and good but overly smooth." Ms. Greene also paid a visit to Golden's with its newest fan, comedian Jackie Mason. 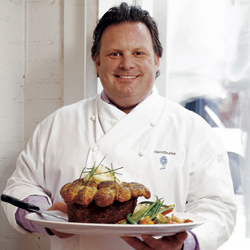 Odds & Ends: The Times ran a lengthy profile of then 26-year-old David Burke, who was generating a lot of buzz as the chef at The River Cafe. Several critics had noted his innovative use of "flavored oils, lightly smoked foods and towering presentations."

A few fun tidbits from the profile: Burke narrowly missed a shot at representing the U.S. in the 1989 Bocuse D'Or, and he apparently got his start at a mall cooking class in the '70s. Jaques Pepin was also a big admirer of his cooking. In the article, Burke notes: "I might be criticized for playing around too much...and I have trouble defining exactly what my style is. But the changes and trends are just coming too fast.'' The profile includes his recipe for oyster and horseradish risotto, and venison steak Diane. [Photo: David Burke Townhouse]

· All Coverage of Flashbacks [~ENY~]