David Burke, like many chefs and restaurateurs before him (Donatella Arpaia, Michel White, Mario Batali), has his own magazine. Called David Burke Magazine, the thin glossy features essays by his GMs, a feature on sweet sun-baked teas, and an interview with the tight end coach of the New York Giants.

Most importantly though, the magazine features recipes. Recipes where half of the ingredients come in spray form: 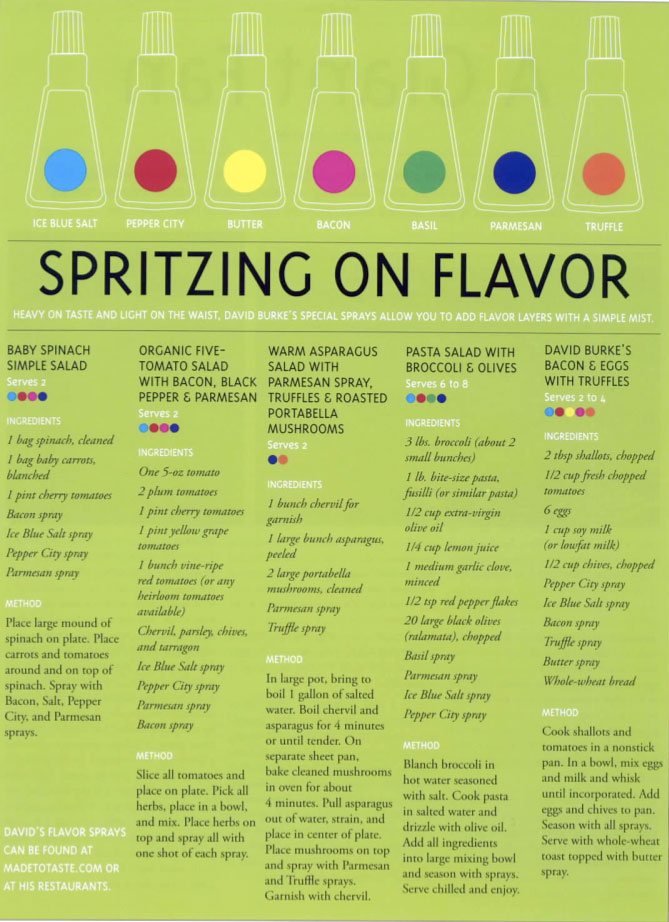 All the flavor of truffles without that hefty price tag.
· David Burke Magazine [Official Site]
· All Coverage of David Burke [~ENY~]