Reviews for Salinas, Le Bernardin, The Cannibal, and More

Share All sharing options for: Reviews for Salinas, Le Bernardin, The Cannibal, and More

Here, now a round up of the reviews of the city's major restaurant critics. 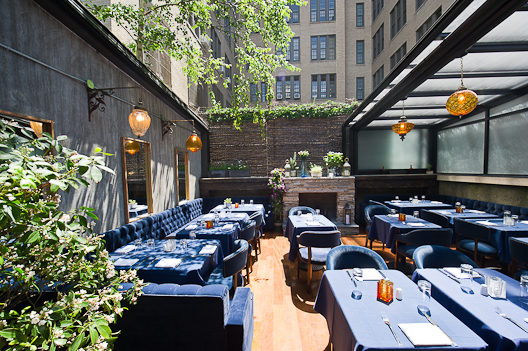 Jay Cheshes awards four out of five stars to Resto's meatastic offshoot The Cannibal: "Run by guys and packed with them, the place is so unabashed in its bromance for craft beer and artisanal meat it’s almost a parody of a manly restaurant. If you like meat and beer, though, it’s pretty close to paradise." [TONY]

Lauren Shockey also files on the meaty newcomer The Cannibal: "Hams and cured meats piled on boards may tempt, but I preferred the more intriguing sausages and pâtés. Try the sweet, juicy Italian links, brightened with pickled rapini ($11), or fatten up with the classic kielbasa ($9). Lamb neck comes fashioned into a lovely terrine flecked with Sichuan peppercorns ($11), while duck liver mousse ($11) gets crowned with a decadent bacon jam." [VV]

Ryan Sutton has a rave for the recently revamped Le Bernardin: "There’s no playing down the centrality of the food here, or the seriousness of eating it. In that sense, Le Bernardin is the opposite of sceney Marea, New York’s other top purveyor of seafood, where sea urchin meets lardo and bone marrow replaces butter and the crowd can roar." [Bloomberg]

The Robs find Georgian culinary delights beyond the dim, slightly forbidding façade of Mtskheta Cafe in deep Brooklyn: "...while Mtskheta’s khachapuri, or cheese bread, was sufficiently gooey, and the lavash crusty and chewy, we were most taken with the mchadi, or corn bread, which should be ordered with some slabs of squeaky mild cheese that melt when you stuff them inside..." [NYM]

THE ELSEWHERE: Ligaya Mishan writes an Under on the great bar food at The Cannibal, Blueprint, and Wild Rise, Tables for Two called The Leopard at des Artistes unhatable, and Robert Sietsema samples the fare at the all day snack bar Catania in Brooklyn Heights.

THE BLOGS: Immaculate Infatuation hates Left Bank, thinks Sel de Mer is a real Brooklyn seafood gem, and falls for the barbecue at Mabel's Smokehouse, The Food Doc has a lot of nice things to say about La Promenade des Anglais, The Pink Pig is happy to find The Brooklyn Star is putting out great food in its new iteration, NY Journal reports that the food has greatly improved at avant garde Spanish spot Gastro Arte, and Serious Eats gives an A to the lounge menu at Le Bernardin.