How to Navigate 10 Awkward Moments in Modern Dining

Share All sharing options for: How to Navigate 10 Awkward Moments in Modern Dining

There are a lot of complicated, potentially awkward situations you can accidentally get yourself into in the restaurants of this city. But not to fear: here are ten sure-fire tips to navigating those tricky moments in modern dining etiquette: 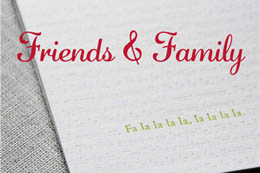 10) How to Tip on a Friends and Family Meal: If you're lucky enough to attend an early preview of a restaurant, where the food is free because they're still ironing out the kinks, you still need to leave a big, Daddy Warbucks tip. If you don't drop a gratuity that's at least $20 a head, and typically 40% of the food cost or what you estimate the dinner to have cost, the owners may not consider you to be friends OR family afterwards. This rule also applies to other any other magically comped meal, within reason. [Photo] 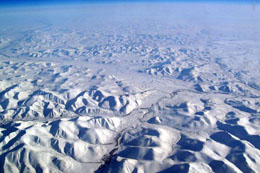 9) What to Do If You Are Seated in Siberia: There's nothing wrong about asking to wait for another table if you don't like the one you were given. That is, unless you're in someplace where table hierarchies are based on a closely-guarded VIP algorithm. You should be able to tell if that's the case instantly by looking around the room — are there sepia-toned caricature paintings on the wall? Lanterns that have a real flame flickering? Fake ivy on the exterior? Is Leighton Meester there? If that's the story, realize that you'll never get the table you want, and what's more, you'll be treated like a bumpkin no matter where you sit. Just leave. [Photo] 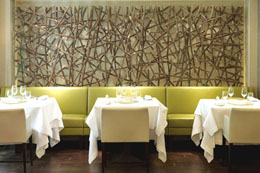 8) Deciding Where to Sit at the Table: When you arrive at your table, you should never have to play that stupid game of footsie about who sits where. Fellas, as a general rule, girls always get the booth, banquette or generally "better" seat. Know this. Use a mnemonic device to remember, if necessary. Here's one: "GATSBY." It stands for "Girl Always Takes Seat Before You." And if you're dining in a same sex group, don't stress — it's every man or women for themselves, sit in whatever awesome chair you want. [Photo] 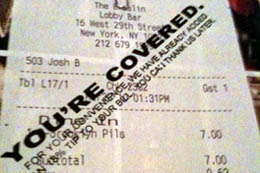 7) What To Do if You Get a Surprise Autograt: Of course it's common for restaurants to add automatic gratuity for large parties (generally six or more), but if you're in a small group and one of those pesky autograts pops up, without a warning from the waiter, it's really only worth inquiring if you were going to leave a tip of lesser value. If that's the case, fight for your right not to leave it. If you were already going to pay that much, just drop it, arguing with the server/management might just sour the night. But feel free to take to the twitter. [Photo] 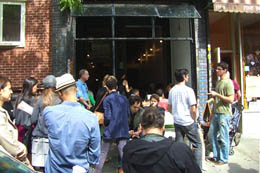 6) What To Do if You're Misquoted a Table Time: This happens a lot during brunch and at buzzy restaurants with no-reservations policies, and it sucks. But remember: the host probably misjudged the situation when he quoted you a time, and he gets no joy in making you wait. That is, unless you're a jerk about it. So, when you check in with them, do it calmly, say you're flexible, and if you have a time-crunch, explain what it is. Anything you can do to make them feel like you're on their side will help get you seated quicker.
[Photo] 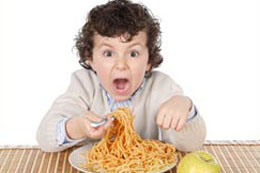 5) You Are Seated Next to a Screaming Devil Child: The debate over whether or not people should bring their little kids to fancy New York restaurants rages on. But the fact is, if you're dropping some bank at a nice place, a screaming, spaghetti-hurling, table-thumping, sippy cup-overturning kiddo can ruin, or at least significantly detract from the enjoyment of your overall dining experience. But know this: no matter how much you want to say something to the kid or the parent, you just can't. If you do, one or both of them could stab you with the nearest utensil/Shrek doll. Instead, just go over to the waiter (when they're not at your table) and politely ask if there's another place that you could be moved to, and don't mention the kid. [Photo] 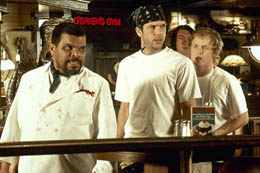 4) How To Send Food Back: Don't be afraid to send things back if you didn't get what you ordered, if your food was cooked incorrectly, or if it's gone off. If you misread the menu though, tough luck. Regardless of why you're sending food back, just politely explain the situation to your server. Do not expect or demand a freebie. And if they tell you that food actually was cooked properly the first time, drop it, and don't go back to that restaurant. The food or the service, or both probably aren't very good. [Photo] 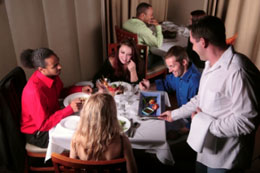 3) What to Say When a Stranger Asks What You Ordered: If a neighboring diner asks you what dish you were just served, it's best to be as curt as possible. Say "this is the chicken" or "this is the special pasta?" Anything else — banter, further recommendations/questions, jokes — might open the channels for a new, potentially annoying dining relationship. [Photo] 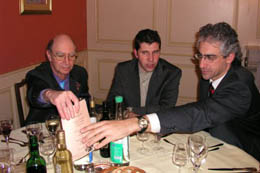 2) Fighting Over who Pays the Bill: Going Dutch is always the easiest way to settle a tab, but if there are several hands reaching for the check, consider these factors: 1) Who actually has the money to pay for the whole thing. 2) If it's a professional meal, who asked the other one out and chose the location? 3) Who owes cash to who at the table. If that doesn't solve anything, let the most enthusiastic bill-grabber cover it. If that's not you, don't worry — you can have all the rich man-fun the next time you and your friends dine out together. [Photo] 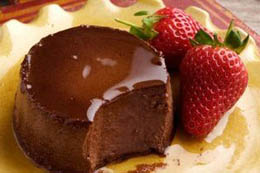 1) You're the Only One Who Wants to Order Dessert: Unless your friends or significant others have to dash off to some important event or emergency, just order the damn thing. You want to eat more food, and you're at a restaurant: so what's the problem? Don't make your friends get a dessert they don't want just so you won't feel like a fatty. You don't even have to share it with them if you don't want to — desserts are delicious. [Photo]
· All Dining Etiquette Coverage [~ENY~]