Every once in a while we like to take a look at the rich history of a restaurant that is no longer with us. Today, a French gem, Voisin. 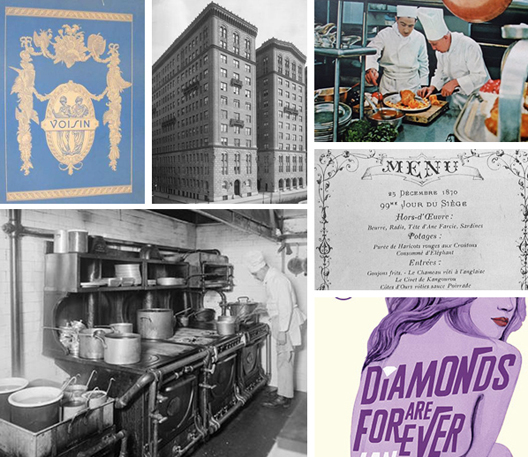 Most successful restaurants thrive because of a famous dish, chef, or location. This was not the case with Voisin, a Midtown French eatery that opened in 1913 and had a staggering six decade run. Although it never achieved the same modern day fame as old-timers like Delmonico's, La Grenouille, or Keens, its commitment to style and service was totally unique for its time. Here's the story of how this great restaurant rose to fame, moved around, and faded away.

Voisin was the dream of two Austrian brothers, Alfons and Otto Baumgarten. The pair cut their teeth as busboys at their father's Vienna restaurant at the end of the 19th century, before setting off to assume various positions in some of Europe's greatest fine dining rooms. Otto moved to New York in 1908, and rose through the ranks of the Ritz Carlton restaurant, Alfons joined him at the end of the decade and the two hatched a plan for a place of their own. Their inspiration, in name and spirit was an ages-old Parisian classic. 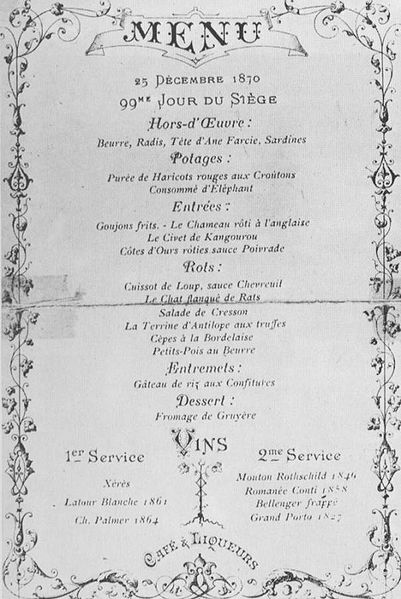 That Voisin, on the Rue Saint-Honoré, had a culinary legend at its helm, chef Alexandre Étienne Choron, and will forever be remembered for one single meal served on Christmas Day, 1870. Paris was under Prussian occupation, and as a reaction to the limited access to premium goods, Choron raided the Jardin d'acclimatation (a zoo), and served an elegant, 6-course meal that featured, among other things: elephant consommé, roasted camel, and wolf in deer sauce. 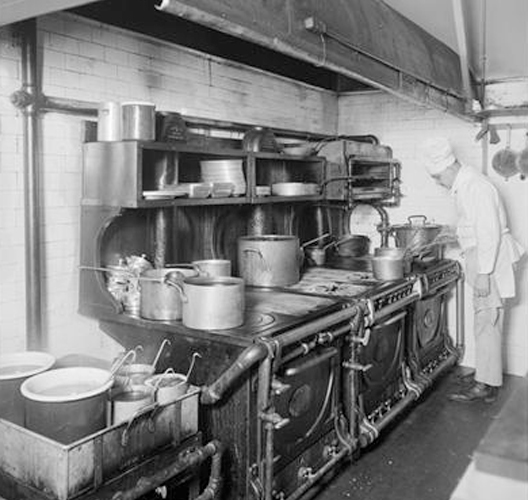 [The kitchen at Voisin, by the Wurst Brothers, 1917, The Museum of the City of New York]

When the Baumgartens opened their own Voisin in New York in 1913, they adorned the walls with photos and other ephemera from that ancient restaurant, including an original menu from the infamous Christmas feast. Their own bill of fare, full of French classics, also featured a wide array of fresh domestic game, as well as exotic seafood and imported luxury items like foie gras and caviar. Although the upper echelon of New York restaurants may have served similar food, few did so with the old-world, measured elegance of Voisin. The basement space was intimate, the service, exacting. It quickly became a celebrity hangout and favorite of New York's elite. Six years after opening Voisin, the brothers left the restaurant to their staff to pursue even more ambitious openings, including their modern, majestic Crillon.

But even without the Baumgartens, Voisin continued to flourish throughout the 20s, 30s and 40s. Most of the original front of the house crew had spent time in Europe, at the same grand restaurants that Otto and Alfons worked in, so Voisin's signature service style didn't change. And in 1923, a Londoner named Richard Clark assumed the executive chef role. Clark trained under Escoffier in 1914 and had a reverence for the art of French cuisine. Two of his additions to the menu became Voisin classics: a puree of game with chestnuts, and a seafood stew with wild rice.

After forty years as one of New York's paragons of French cuisine, Voisin was forced to leave its subterranean home at 375 Park Avenue. The apartment building it had lived in, the Montana, was being demolished to make way for the Seagram building, but the restaurant found a new location just ten blocks away at 575 Park Avenue. All the design details were moved over, including the chandeliers, the plush red banquettes, and of course, the menus and relics from the Parisian Voisin. By all accounts, the new dining room was a seamless recreation of the old one. Guests who visited in 1918 could still go back with their grandkids and order the same dishes, from the same servers, cooked in the exact same style. A writer for the New Yorker remarked "what the staff of the restaurant longed to hear on opening day was not that anything appeared improved, but that 'everything is just the same.'" A 1956 NYT review of the new location was a rave. But more changes were ahead.

In 1962, Voisin packed up and moved again, to the Colony House at 30 East 65th St. This time, the decision to relocate was voluntary, a deal struck with a new set of owners and backers in the new condo complex, who were also longtime patrons. With the restaurant approaching its 49th year, much of the core staff had passed away, and ownership had changed hands several times over a short period. A 1965 Times review noted "Inasmuch as the Voisin is something of a landmark among the city's restaurants, it is all the more regrettable that the service and the food are not on par with the interior." In 1967, a hip Parisian dining guide, Guide Julliard, published a New York edition, rating the expanse of the city's French restaurants according to exacting criteria. Voisin wasn't even considered for review. Richard Clark's replacement, Hippolyte Haultcoer ("Chef Philip") had kept some of the restaurant's spark alive with television appearances, and deals with airlines for Voisin-branded food, but he passed away in 1967.

Voisin didn't make it to the 1970s. But, Linda Wolfe, writing for New York in 1971 noted a boom in small, cost-cutting new French restaurants — a few of them, like Bienvenue in Gramercy, were opened by former Voisin staffers. Before its demise, Voisin would also be secured in pop culture history, as the backdrop of a dinner in Ian Fleming's Diamonds Are Forever, and a Candid Camera prank, with a young Charles Grodin playing an overly-anxious French waiter. And although few diners may actually remember the restaurant today, we can be thankful that its former locations still hold fine dining restaurants that also aspire to greatness. Its second home at 575 Park now houses Park Avenue Winter. And the building that replaced its first location, at 375 Park Avenue, has been home to the Four Seasons for over fifty years.
· All Previous Old Restaurants of New York Coverage [~ENY~]