Gonzalez y Gonzalez Invites You for One Last Margarita

Share All sharing options for: Gonzalez y Gonzalez Invites You for One Last Margarita

As reported last week, downtown Mexican staple Gonzalez y Gonzalez is closing after 24 years, because a Chipotle outbid them on their lease. Today, Jeremiah Moss notices the above teary shutter signage on the restaurant's windows. The best line: "There isn't a single New Yorker we know that hasn't graced us with his or her presence. Everyone's been to Gonzalez y Gonzalez at one point or another." Everyone.

They invite all fans to come back for one last mojito and thank anyone who's ever worked there. Better get on it—the place closes on January 31. 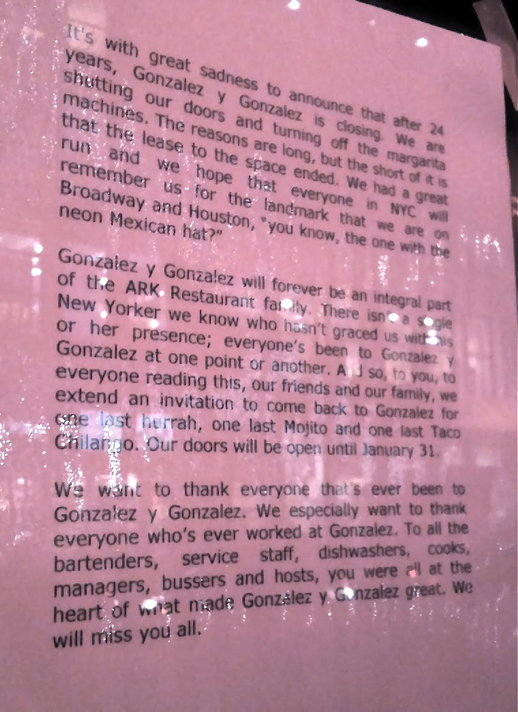