Although the dining rooms of the city are filled with many happy couples, they are also inhabited by lovesick diners looking to catch the eye of that special someone. Sometimes, these people take to Craigslist, to try and find that guy or girl who they saw from across the dining room, but weren’t able to muster the courage to say something to. Here now are a few restaurant missed connections — perhaps love is on the menu for these lonely people sometime soon. 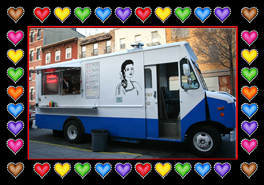 FOOD TRUCK FANTASIES —Sex God in Endless Summer Truck (w4m): I've been noticing you in the Endless Summer truck for a while now. You're literally the most gorgeous man I've ever laid eyes on, and I think you know it considering you wear a loose white wife beater that shows off your amazing arms and body in general. You also have glasses and wear a red hat. Although this truck tends to be filled with some of the hottest men in Brooklyn, I definitely think you take the cake and you also seem really sweet. Anyway, I just thought you should know you're great looks and endearing personality aren't going unnoticed. [Photo] 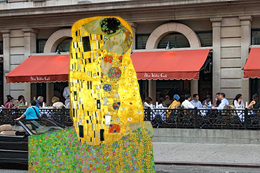 FISHING FOR LOVE—Waitress at Blue Water Grill (m4w): Sarah G. you were my waitress last night. You seemed a bit nervous but I like your attitude and smile. If you happen to get this I'd like to take you out for a drink. So I know it's you, where did you almost impale me with the knife? [Photo] 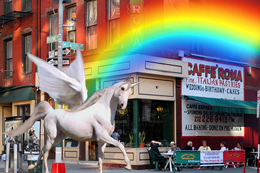 CANNOLI CASANOVA—Caffe Roma Cannoli Girl San Gennaro (m4w): You had light brown hair, the greatest eyes I’ve seen in years and a nose ring. You were working the Caffe Roma cannoli stand. I was as full as I could have been but still bought a cannoli because of you. I was the guy with the shaved head and tattoos...which is probably every guido walking that thing but I’m pretty far from being a guido. If you see this I just wanted to say you are absolutely beautiful. [Photo] 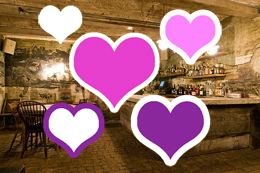 EAST SIDE SUEÑOS — Peter-Los Feliz (w4m): Your name is Peter, I think. You don't like fiction. You like your job. You live in New Jersey. I like your shell. We should hang out sometime. [Photo] 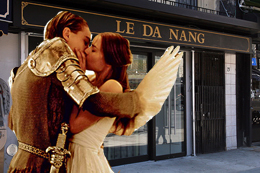 PH?REVER YOURS — Tonight, Tuesday at Le Da Nang (m4w): If you have read this far - it's you, as there wasn't anyone else there basically. You were eating with your friend and I with mine (female yes, but only a friend...) There was this insane energy floating between us and we kept meeting eyes but I didn't want to be rude and leave my friend sitting at the table while I stumbled over some most likely unsuccessful introduction. I'm shy as you could probably tell. Let me buy you a sake sometime, or a drink basically anywhere othern than Le Da Nang (Did they think we wouldn't notice it's just "Sea" with a makeover and brass fixtures?).

HEARTH-FIRED HEARTBREAK —Cosi Cuttie, Union Square (m4m) : You were at Cosi with a friend, around 4 ish. You were glancing over at me and my friend. After you two sat, I repeatedly glanced at you just to enjoy the view. I was checking you out and think you're hot. If you were checking me out, hit me up! If you were checking out my friend, he's straight! [Photo]