It's the Hanco's/Henry's fight all over again. Today, a tipster sends word of some shenanigans over at recently opened, then quickly closed, and soon to reopen V-Nam Cafe in the East Village. According to our source, it opened briefly 10 days ago by a former Baoguette Cafe and Barbao worker but closed when it was discovered that the menu was very similar to that of Baoguette. Imitation may be the sincerest form of flattery but not in this case, as Baoguette owner Michael Bao Huynh allegedly threatened to sue V-Nam's manager and chef.

V-Nam, whose menu once actually included a Baoguette and a Sloppy Bao, will reopen on Thusday with a new menu that's still incredibly similar but is at least Bao-less. Huynh, not without a sense of humor, is offering all customers that bring in a V-Nam Cafe menu a 20 percent discount on all sandwiches or free soft serve for the next 45 days. 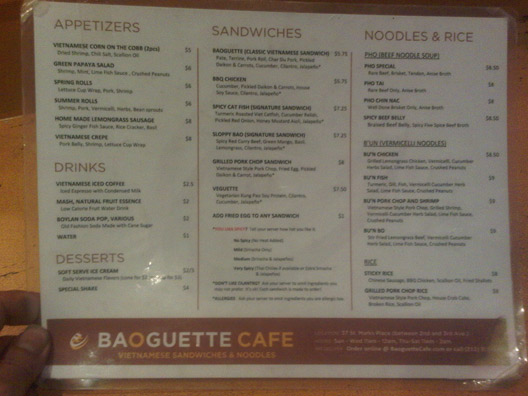 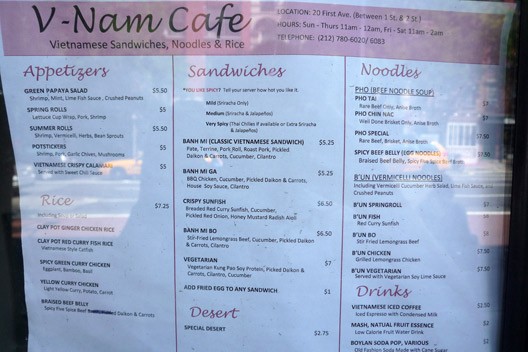