Share All sharing options for: 10 Absurd Pieces of NYC Bar and Restaurant Merchandise

There’s nothing wrong with offering your customers a few pieces of tasteful branded merchandise (see: a Russ and Daughter’s T-Shirt, that Diner tote). But sometimes, restaurants slap their names on some truly weird stuff. Here’s a look at ten curious pieces of NYC bar and restaurant merch: 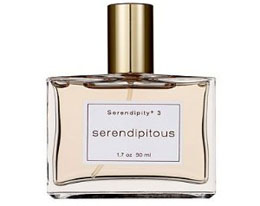 10) Serendipity 3's Serendipitous Fragrance: Want to remind your husband of that romantic night you had in New York, eating pricey foot long hot dogs and sipping “frozen hot chocolate”? Just apply a few dabs of Serendipitous to your neck and he’ll be powerless to your big-city charms. $37.50. [Photo] 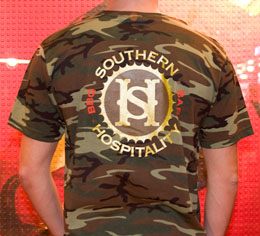 9) Southern Hospitality's Mens Green Camo: The great thing about this T-shirt from Justin Timberlake’s UES BBQ joint is that in the forest, no one can see you wearing it. $27.23. [Photo] 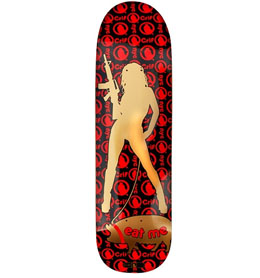 8) Crif Dogs' Eat Me Cruiser Skateboard: If your kid is having trouble being accepted by the always cliquish skater kids at his school, get him this totally boss deck, that pays homage both 70s Gindhouse cinema and Brian Shebairo and Chris Antista’s beloved East Village hot dog stand. $50. [Photo] 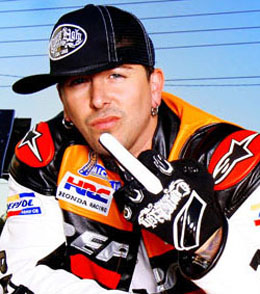 7) Coyote Ugly Saloon Riding Gloves: Every time you hop on your Harley, protect your hands in style with these Coyote Ugly leather riding gloves. They look great when you’re signaling for a left turn, or flipping the bird to some square in a minivan. $30.00. [Photo] 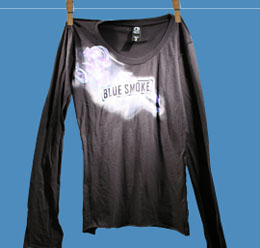 6) Blue Smoke’s Long Sleeve Smoky Ladies’ T-Shirt: A gift for the girlfriend, perfect for when she’s headed to the gym, picking up around the house, or attending a Cyprus Hill concert. $19.95 [Photo] 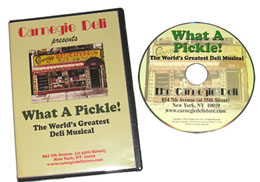 5) Carnegie Deli Musical DVD: Showtunes and pricey overstuffed sandwiches — two Midtown tourist traps classics in one! Yes, apparently the Carnegie Deli recorded a musical about pastrami, using its staff as the cast, a DVD is for sale. Here’s where we’ll point you to an audio clip. $18.95. [Photo] 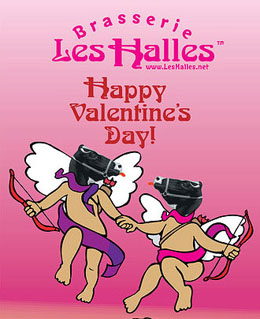 4) Brasserie Les Halles Poster: The No Reservations star and restaurateur is believed to have tapped his microblogging alter ego, Ruth Bourdain, to design this limited edition commemorative poster. [Photo] 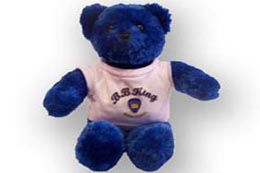 3) B.B. Kings Blues Club & Grill Teddy Bear: That’s right kids, Daddy went on a business trip, where he ate a chicken fried steak while watching Pretzel Logic, a tribute to Steely Dan. But he was thinking of you the whole time. $15.00. [Photo] 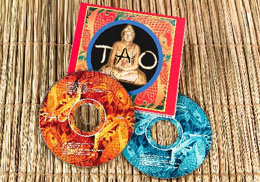 2) TAO Asian Bistro CD: This double disc of tunes played at the Midtown Pan-Asian eatery/club comes with a cryptic promise: “with not more than five musical notes, combinations of these five give rise to more melodies than can ever be heard.” $25.00. [Photo] 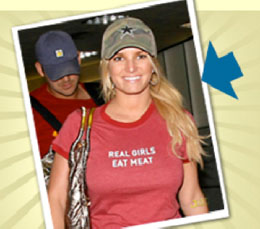 1) Primehouse’s “Real Girls Eat Meat” Fitted T: Nothing wrong with showing a little love for Steve Hanson’s pricey Flatiron steakhouse. Jessica Simpson did it, so can you. $22. [Photo]