Although a lot of new menus in 2010 have been designed with value in mind, there have still been plenty of new dishes with astounding price tags, or cost per value levels that are way out of whack. And we're not talking about decadent cote de boeufs, or large format meals that are meant for sharing, these are good old fashioned entrees, appetizers and desserts where the food falls short of the promise of the price tag. Here's a list of ten new overpriced New York dishes: 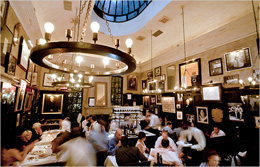 10) The Dover Sole at The Lion: This buttery white fish is usually a big ticket item at any restaurant, but at $49, the whole roasted Dover sole garnished with scallions and sauce meunire, is the most expensive single dish on the menu at The Lion. What's more, it is served a la carte, and doesn't even come with a crazy presentation, like the applewood smoked pork chop under a glass dome. In his one star review, Sam Sifton remarked that although it looked great, the fish was "dry and mushy." [Photo] 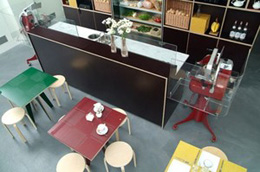 9) The Caprese Salad at Salume: Although most of the early word on this new SoHo panini shop has been very positive, some have balked at the price of its $20 tomato and mozarella salad. In his Dining Brief, Oliver Strand called it "outrageous, no matter how authentic the buffalo mozzarella." [Photo] 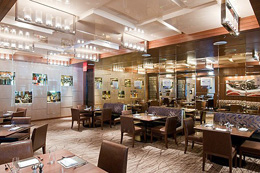 8) The Burger at Ça Va: If you’re going to charge over $20 bucks for a hamburger in New York, there better be a reason for it — truffles and foie gras a la DB Bistro Moderne, or a bespoke, funky beef blend like the Minetta Tavern’s Black Label Burger, etc. The Ça Va Burger on the lunch menu at Todd English’s newest restaurant is just your basic ground sirloin patty with carmelized onions and sauce, on a bun, and will run you $21. [Photo] 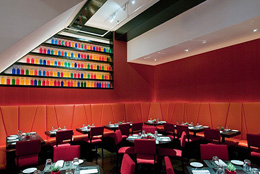 7) The Alaskan King Crab at Nuela: Chef Adam Schop's Flatiron Pan-South American behemoth is still very, very new, and although people have had great things to say about some of the mains, one of the early duds seems to be the $28 Alaskan King Crab plate. It's true, the price tag is only entering outrageous territory for a seafood entree, but early reports indicate that the dish is tiny, and the crab component, particularly measly. As Sarah DeGregorio put it, the King Crab entree " would compare unfavorably to the offerings at a Vegas buffet." [Photo] 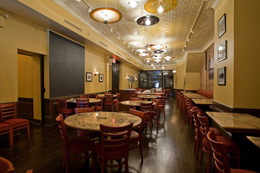 6) The Truffle Pizza At Fornino Park Slope: When Fornino opened its second location in Park Slope earlier this year, it threw a lot of its customers for a loop by offering not the wood-fired pizzas beloved at its Williamsburg shop, but flame grilled pies. The buzz on these creations has been tepid, which doesn’t bode well for anyone who dares to order the $35 tartuffo pizza, topped with truffles, fior di late and ricotta. This price is especially steep considering that The Mark, Jean George’s new restaurant on the UES, serves a similar, much heralded pizza, that’s actually baked in an oven, for only $21. [Photo] 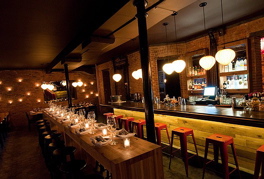 5) Betel's Braised Beef Rib: From day one people have been complaining that the menu at this chic West Village Thai spot skews a bit high, and although most of their entrees sit firmly in the $20 range, one dish, the Caramelized Braised Beef Rib, which comes garnished with cilantro and a chili-fish sauce, clocks in at a whopping $38. Granted, the entrees are large, and many have noted that they are best suited for sharing, but as TONY suggested "the cooking calls to mind an overpriced tourist trap." [Photo] 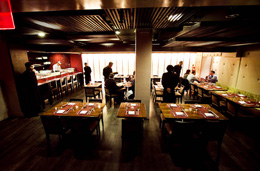 4) The Shabu Shabu at Prime Ko: The rest of the menu at this new Kosher Steakhouse on the UWS is pretty expensive, too, but even if it's great, this $32 DIY sliced meat dish is nearly twice the price of a similar offerings at any of the city's great Shabu-Shabu palaces. Also, usually if you're paying more than $30 for a cut of meat at a steakhouse, it's prepared for you. [Photo] 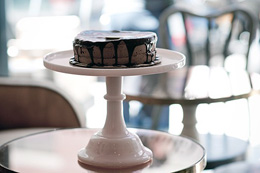 3) The Best Chocolate Cake in the World: At a mid-range restaurant $6.50 is a great price to pay for a creative dessert made with quality ingredients, but as many have claimed, paying that much for a tiny sliver of the chocolate torte at SoHo's Best Chocolate Cake In The World, is preposterous. As one taste-tester at Fork in the Road noted: "A) It's not cake, B) it's not good, and C) it's too expensive." [Photo] 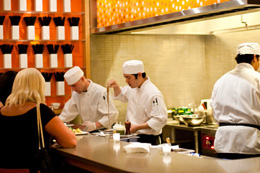 2) Dumplings at the Plaza Food Hall: One of the priciest snacks of the year is surely the braised beef dumplings served at one of the stalls of Todd English's food court in the basement of the Plaza Hotel. Yes, $12 is not a lot of money to pay for a great appetizer, but the story is a bit different when that price concerns five average sized dumplings which Adam Platt described as "steamed to oblivion." Even at Rickshaw, the torch bearer of ridiculously overpriced snacks, $9 gets you six dumpling with a choice of soup or salad. [Photo] 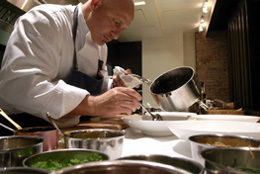 1) The Spice-Roasted Lola Duck at Colicchio & Sons: Duck is always kind of a gamble to order because it's easy to mess up, and the meat is expensive. But at Colicchio & Sons, a love it or hate it restaurant amongst the New York critical community, the $36 Spice-Roasted Lola Duck is even more of a gamble, as it might come to the table as it did for Jay Cheses "roasted into sawdust submission." [Photo]