10 Chain Restaurants that Should Come to NYC

Share All sharing options for: 10 Chain Restaurants that Should Come to NYC

Some may argue that there are too many chain restaurants in New York, but perhaps the real problem is that there aren't enough of the good ones. Here are ten chains that would be great for NYC, and where they should set up shop: 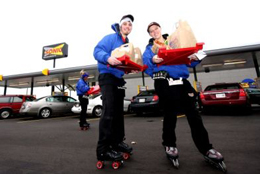 10) Sonic: Would a drive-thru restaurant with roller skating waiters really work in a city where most people don't have cars? It could be done. If it meant that Sonic's 168,000 fountain drink and slush combinations were finally available in NYC, we could figure something out. Maybe in SoHo, where people don't mind standing while they eat, like they do outside of La Esquina. [photo] 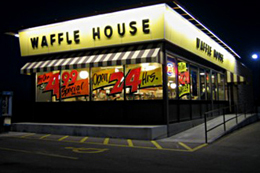 9) Waffle House: The beauty of Waffle House is that the food, décor, and layout are always the same, wherever you go. If a Waffle House opened up in Midtown (maybe behind a curtain in a hotel, a la Burger Joint), it would be an instant go-to spot for anyone who wanted standard diner grub, but didn't want to gamble on the greasy spoons or lame sandwich shops in the area. [Photo] 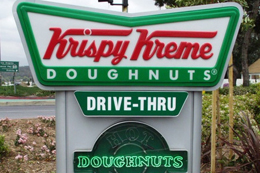 8) Krispy Kreme: We have one, little storefront in the basement of Penn Station, and sure, you can get them from Au Bon Pain, but by the time they hit the display case, they've lost that airy, but moist quality that they have when they're fresh out of the oven. What we need is a serious, free standing, brick-and-mortar Krispy Kreme, one with a giant sign that lights up and tells you when they're hot. A Times Square outpost would be just fine. [photo] 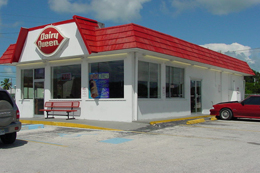 7) Dairy Queen: There is no reason any of us should have to go to New Jersey to get a Blizzard fix. A DQ would be great around Cooper Square, where the cookie-crumbled treats could serve as fond reminder of home to the many college kids in the area. [photo] 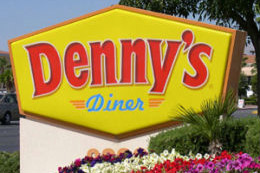 6) Denny's: It's long been a huge miss that there's no Denny's in the five boroughs, but now that the grilled fried cheese sandwich is in the game, it's almost reprehensible. New Yorkers deserve some Moons Over My Hammy and pancake balls. 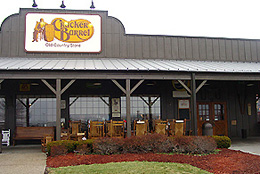 5) Cracker Barrel: Yeah, the general store is kind of ridiculous, and the hokey old-timey schtick gets pretty old pretty quick, but if you want to murder a giant southern breakfast, Cracker Barrel is the place to do it. Maybe put the first locations somewhere near the L-Train, to attract the crowds of ironic appreciators who would no doubt embrace the rocking chairs out front as a meet-up spot akin to the bench in front of the American Apparel on the LES. [Photo] 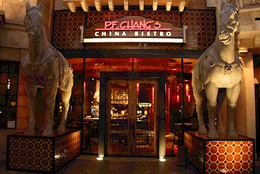 4) P.F. Chang's: All across America, weary office drones leave work and head to P.F. Chang's to drown their sorrows in Sichuan Chicken Flat Bread, glistening piles of salt and pepper fried calamari, and The Great Wall of Chocolate. It's the perfect carb-heavy panacea to the drudgery of the working day. We got more cube dwellers than anywhere — why can't we get some of that sweet and sour action in the city? The BPC is the perfect place for a PFC. [Photo] 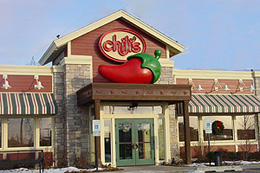 3) Chili's:You know the jingle, but here's something you maybe didn't know: the ribs at Chili’s are slow smoked over actual pecan wood so that they are always tender and fall right off the bone. It’s practically the poor man’s Blue Smoke. [Photo] 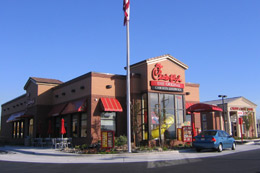 2) Chick Fil-A: After In & Out, Chick Fil-A is the most requested, the most missed, the most coveted chain that has no locations within the tri-state. And no, the NYU cafeteria one does not count. The people at the religious chicken chain have appeared to flirt with the idea, but still, no solid plans as of yet. When it does come, it has Midtown written all over it. [Photo] 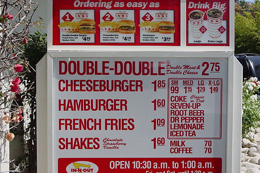 1)In-N-Out If the popularity of the knock-offs and cruel practical jokes are any indication, an In-N-Out in NYC would do more business here than the Shake Shack, Bill's, and Five Guys combined. You could open an In-N-Out anywhere — in a condo complex on Randall Island, in a corner of Filene's Basement only accessible via the shoe department, the Bronx, even — and it would still be a hit. If you build it, they will come. [photo]
Runners Up: Jack in the Box, Whataburger, Friendly's (two words: watermelon roll), Steak 'n' Shake, Cheesecake Factory, Claim Jumper, Bojangles', CiCi's (pizza buffet), Jimmy John's, Olga's.

We know you have more, please put those, and your qualms about the list, in the comments.