Tracking the Five Big Bar and Cocktail Trends of 2010

Share All sharing options for: Tracking the Five Big Bar and Cocktail Trends of 2010

Although a lot of the big new bar openings of the year share a lot of obvious similarities in design (see: the Tiki craze, lady parlours), there are a few trends that keep popping up that are related to the larger world of mixology in general, and the role that cocktails play in a nightlife landscape where spending money on dinner and drinks is not as easy for a lot of New Yorkers as it was two years ago. Here now are five of the big cocktail and bar trends of 2010: 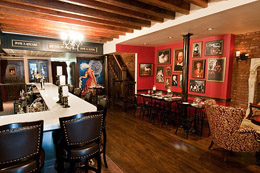 5) Chefs as Bartenders: Many of the big new openings this year have taken the notion of the “mixologist” one step further by suggesting that their drinks are actually designed by, or even hand made by chefs, proper. Clubby West Village newcomer Rabbit in the Moon actually calls their bartenders “chefs du bar,” Italian newcomer Il Matto features a menu of savory and sweet concoctions made to act as an "extension" of their dinner menu, and at Lady Jay’s, a new dive bar in East Williamsburg, the bartender is actually a big name toque: Sam Mason. By all accounts, Mason is serving precisely mixed, but completely standard cocktails. [See: Rabbit in the Moon, Il Matto, Lady Jay’s] 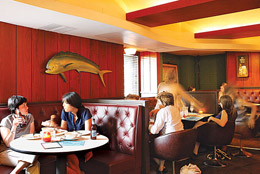 4) Bars as Restaurants: Restaurants have always had bars, and a lot of bars have always served food, but 2010 has seen a number of cocktail dens open up with the same feel and production value as big eateries, where the emphasis remains squarely on the drinks, with the added bonus of exceptionally good, sometimes chef-driven food on offer. This model makes sense in a time when a lot of customers still have to choose between dinner or drinks if they decide to go out for the night, and when many restauranteurs can’t afford to lose customers by setting aside the largest part of their space for diners, only. [See: Commodore, Ninth Ward, Cocteleria, Anfora, Manhattan Inn]
(photo credit) 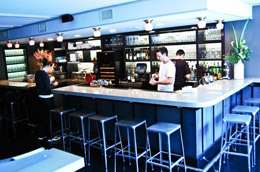 3) Organic/Biodynamic Wines: Vino made from grapes that are grown, harvested, and processed according to the principles of organic agriculture is gaining traction with wine connoisseurs, and as a result, many of the city's biggest restaurants and wine bars have made these selections available. Middle Eastern newcomer Balabosta has outfitted its bar with mostly organic wines, and not much else. [See: Anfora, Balaboosta] 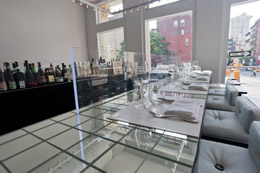 2) Drinks with Market Ingredients: The enthusiasm that New York chefs share for locally sourced ingredients has carried over to drinks lists — most widely in the form of the pickle brine that accompanies whisky or bourbon in “pickle backs," and the fresh fruits that are key to many of the city's new crop of tiki-style cocktails. But there are also more varieties of bloody marys around town with any number of garden veggies than ever before (Pulino’s opened with four variations), and strange ingredients like Thai basil and smoked grapefruit have even made appearances in the cocktails at Fatty 'Cue. And of course, there's also oddball Italian newcomer Il Matto, who is taking the market ingredient focus to new, previously unthinkable levels. [See: Painkiller, Il Matto, The Breslin, Fatty 'Cue] 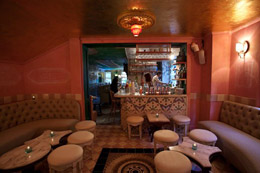 1) Rum: Certainly, both light and dark varieties are essential to many of the drinks of the great Tiki bar boom of 2010, but for whatever reason, rum has been dominating drinks menus at several high profile non-island themed restaurants and cocktail joints this year. Although its appeal is a bit more niche than say, rye (a trendy spirit of years past), rum is exotic, potent and something that most bar patrons still have a lot to learn about. In other words, the perfect new buzz booze to peddle to cocktail enthusiasts. [See: Cocteleria, Dram, Painkiller]