The Demise of Eight of Williamsburg's 'First Wave' Restaurants

Share All sharing options for: The Demise of Eight of Williamsburg's 'First Wave' Restaurants

People that have lived in Williamsburg for a long time, or used to live in there before they were priced out, always love to lament the ‘good ole days’ of the neighborhood. A time when things were a little grittier — when finger condos didn’t dot the skyline, and the members of Grizzly Bear and TV On the Radio weren’t rock stars, but just the guys making your latte, and grumbling about the tip you gave them. Many of the restaurants beloved by ‘Burg residents in these simpler times, have sadly met their demise. They aren't the old Italian or Latin staples — many of which are still around—but rather the locales that in some ways ushered in the next wave of New Brooklyn Cuisine. Here’s a nostalgic look back: 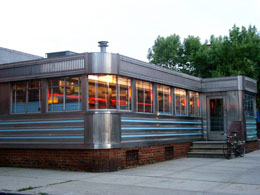 8) Relish: The closing of this hip diner came as such a huge surprise this week because Relish seemed to be as much a part of the fabric of the Williamsburg dining scene as Diner, Dumont, or the guy that sells empanadas out of a cooler in McCarren Park. Perhaps it lacked the culinary cache of the Marlow & Sons crew, or simply had a space that was so large that it could only survive with perpetually big crowds. Even if no one’s quite sure why it closed, one thing’s for certain: some big project will probably go into the space – the design and location are just too perfect. [Photo: Gothamist] 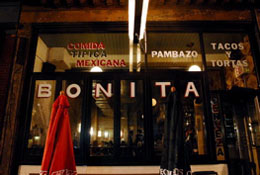 7) Bonita: When cozy-chic Mexican joint Bonita opened back in the early aughts, it seemed like the perfect model for a new Williamsburg restaurant: it incorporated a professional front of the house operation in a nicely renovated space that was still rich with character, and offered a menu that could be enjoyed equally by kids on a budget, and an older set looking for a bit of refinement on their Saturday night out. Its shuttering back in July of 2009 came a shock, not only because it seemed to be doing generally okay business, but also because the team behind Bonita kept expanding and finding success with newer projects like Marlow and Sons, and Marlow & Daughters. Perhaps the reason for its demise had something to do with the fact that so many other new, hip Latin American restaurants like La Superior and El Almacen gave diners other solid options, literally just a few blocks away. [Photo] 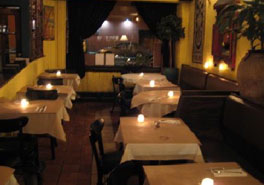 6) Black Betty: Throughout most of the last decade, Black Betty was a sort of great catch-all restaurant for the neighborhood. People loved it as a bar, as a place to hear live music, and for a few hours each night, its front dining room was a cool place to enjoy some surprisingly good, affordable Moroccan food. Curiously, the restaurant that replaced it, the Commodore, is a similarly loose bar and restaurant with stellar, cheap food, and by most accounts, it's a hit right out of the box. Perhaps the appeal of Black Betty was just a bit too particular, and the neighborhood has become too much of a nightlife hotspot to accommodate it — after all, it's a lot easier to convince a group of your drunk friends to stop into a bar to grab a great burger, than to coax them into splitting a spicy chicken tagine. 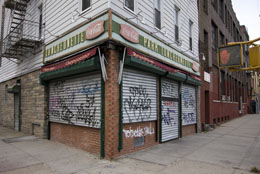 5) The Park Luncheonette: This diner with the cool vintage exterior — famously featured in the opening scene of The Departed — started out the last decade as precisely what it looked like: an okay, inexpensive breakfast and lunch spot. Sometime around the middle of the aughts, it reinvented its self as a more contemporary New American bistro. As it turned out, if the young savvy dining set really were looking for more sophisticated diner grub, they found better versions somewhere else — The Park Luncheonette quietly shuttered last September. [Photo: Femia] 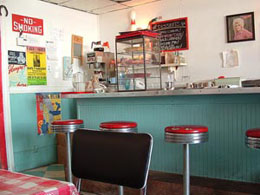 4) Union Picnic: This tiny restaurant on Union St. actually predated a lot of big dining trends in the ‘Burg: saucy, deep fried southern food, ramshackle country décor, fresh baked pies, etc. It closed in 2007, and was replaced by Jimmy's Diner, a similar restaurant with a bit more polish and a more generic comfort food menu. Perhaps the problem with Union Picnic was that it was just a bit too much of a small time operation: the menu was good, but the kitchen was tiny, and it often took a long time to get your food after you ordered it. [Photo] 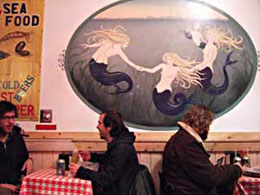 3) Coney's: There were no artisanal sausages or Pat Lafrieda burger patties here, but, Coney’s was always a hit with the old school Williamsburg crowd, who might have had just enough tip money left after hitting the bars for some curly fries and a hot dog. Following it shutter, the Coney's space was filled by a juice bar, and it is now a location of New York Muffin Co. Maybe the team behind the burger joint were priced out of the neighborhood, just like a lot of those kids who used to eat there. [Photo] 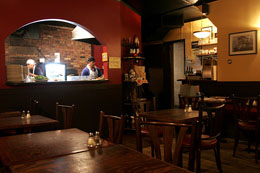 2) Brick Oven Gallery: The Brick Oven Gallery was something of a neighborhood gem of its time, it was replaced with the Brooklyn Star (another admittedly great restaurant from Momofuku Vet Joaquin Baca, that was recently shuttered due to a fire but plans to reopen soon). The BOG was a serious pizza restaurant, making affordable, critically acclaimed personal pies with fresh ingredients and creative toppings. The rest of the menu was always sort of uneven, but like Fornino, and current ‘Burg pizza king Motorino, it gave people in the neighborhood both a superior pie, and a great place for a fun, intimate night out. Update: As a few commenters have pointed out, the Brick Oven Gallery team now run Kenny's Trattoria, an Italian restaurant just down the block from the original BOG space, that serves pizzas, pastas and several other dishes from the old place. [Photo] 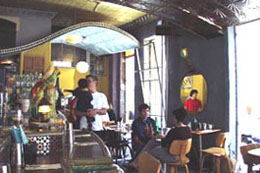 1) Oznot's Dish: One of the original young, bistro-style restaurants to move into the area way back in the late 90s, Oznot’s made a lot of people rethink dining in Williamsburg. It shuttered sometime around 2005, and was beloved by many as a first date spot, a place to take out-of-towners in the neighborhood, and an overall solid pick for inventive American fare in a relaxed, cool dining room. Restaurants like Diner, Dressler, and Rye could not thrive today if Oznot's hadn't opened up in the 'Burg when it did.[Photo]