Share All sharing options for: The Greatest Hits of Sam Sifton's Music References

It’s no secret that Times critic Sam Sifton likes to pepper his writing with a lot of music references. Sometimes they work in the context of the review, other times they seem to do nothing more than call attention to his advanced music nerdery. Here now is a look back at some of his Greatest Hits (with album and artist notes in case you want to build your own Sifton record collection):

The Ramones, Blitzkrieg Bop: Sifton Actually started his very first review with a line from this seminal 1976 punk single. The reference works, as both the song and the food at DBGB are well crafted, accessible, and closely associated with the Bowery. But, by cribbing from the Ramones, he was also perhaps trying to suggest that he wasn’t some stuffy old geezer, but the kind of guy who appreciates both Bordeauxs and B-sides, in equal measure. Had the dining desk hired the Nick Hornby of restaurant critics? Perhaps.

Fairuz, Modern Favorites: In his review of Tanoreen, Sifton made a fantastically obscure reference to Lebanese songstress Fairuz, and her rendition of “Al Bosta,” which he said was the kind of thing that would play on the stereo there. Here we get a two-pronged culture lesson from Sifton: there’s a solid Lebanese restaurant in Bay Ridge that you’ve never heard of, and they might play music from a great international artist that you’ve also never heard of. Who knew that in addition to punk and hip hop, Sifton was also into the Putamayo stuff? 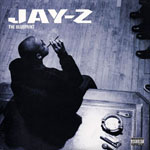 Jay-Z, The Blueprint: In one of the last lines of his Fatty Cue review, Sifton describes a noodle soup “that packs heat like an oven door,” a phrase that was likely cribbed from Jay Z’s “Heart of the City.” We knew from day one that Sifton was kind of a hip-hop geek, so referencing Jay-Z to describe a badass Brooklyn chef at the top of his game, is understandable if slightly cringe-worthy. But it could have been a lot worse: he might have said something like “Pelaccio’s got 99 problems, and smoked crab lasa ain’t one.” 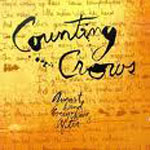 Counting Crows, August and Everything After: In the opening lines of his slam of Mia Dona, Sifton mentions the "Counting Crows’ first album playing on the stereo up by the bar, Adam Duritz singing, 'We all want to be big stars.' Don’t we, though?" So, the idea here is that Donatella Arpaia wants to be famous, but is just as outdated and irrelevant in 2010 as the Counting Crows. It’s so easy to hate on Donatella Arpaia, and it's so easy to hate on the Counting Crows, and taking either to task for not being innovative in 2010 is just kind of mean. The people that are going to go to Donatella’s restaurants are not going to care about Sifton’s review, just like the people making the trip to the Jones Beach amphitheater this summer to see Adam Duritz belt out “Long December” are not going to care about what Pitchfork said about their last album.

Billy Joel, The Stranger: The first three paragraphs of his rave for Torissi Italian specialities are spent describing a picture of Billy Joel hanging on the wall with Sifton noting that it "serves as introduction to the loving, ironical heart of a restaurant that is unlike any other in Manhattan." Although he was mostly talking about a design element of the space, here we're going to say that Sifton actually —and perhaps unintentionally — made a great music reference. Like the Piano Man, the Torrisi crew do something simple and heartfelt that New Yorkers go crazy for. Also, the chefs at Torrisi, who've spent a lot of time in various New York kitchens, may have come into their own at the restaurant, like Billy Joel did when he was cranking out hits like "Only the Good Die Young."