An Inside Look at the Current State of Mega Market Eataly

Share All sharing options for: An Inside Look at the Current State of Mega Market Eataly

Eataly, the gastronomic playground from Srs. Batali and Bastianich (by way of Turin), has been underway for a about a year. The 20,000 sq. ft. space on 23rd St. that's set to hold six new Batali restaurant concepts, a brewery and a beer garden, and a giant market, is finally undergoing some serious construction. There's major work being done to the facade, and while a rep at the satellite office claims the projected opening date is "mid-July", sneaking inside revealed a chaotic scene. 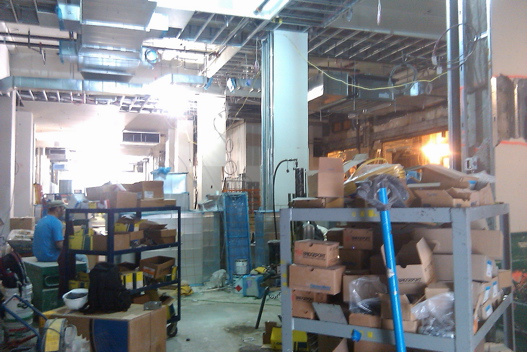 Quite a bit of work to conclude in a month and a half.
—Zachary Feldman
· All Eataly Coverage [~ENY~]