The San Jose Mercury News brings word that Mario Batali is planning two new cooking shows, one of which will reportedly be set in Brooklyn. It sounds like both programs are in early development stage at this point, but we can't help but wonder: what would a Mario Batali cooking show in Brooklyn be like? A few ideas are ahead. 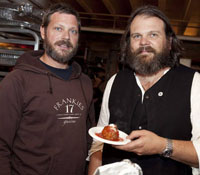 1) Talking Shop with the Franks: Mario hangs out with Frank Falcinelli and Frank Castronovo and discusses, among other things, the techniques involved with cooking soulful Italian food, the keys to building a small neighborhood-focussed restaurant empire, and the dos and don'ts of trimming facial hair. 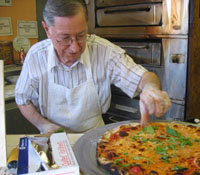 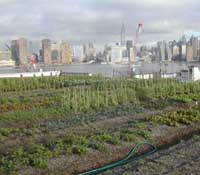 3) Rooftop Farm Veggie Picking: Batali is all about vegetables right now — they're the big focus of his new book — so it only makes sense that he would go straight to the source of fresh veggies in Brooklyn, at Greenpoint's Eagle St. rooftop farm. Keeping with another trend in artisanal Brooklyn these days, after picking beets, cauliflower and carrots from the garden, Mario will then pickle them himself. 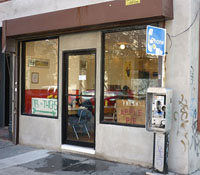 4) Williamsburg Pop Up: Mario examines the growing trend of restaurants opening inside of other restaurants, by collaborating with Zak Pelaccio and Sam Mason on a one night only, 2am crudo and kimchi bar in a corner of the Pies 'n' Thighs space. 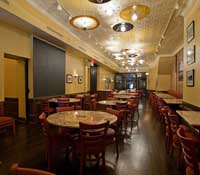 5) Fixing the Problems with Fornino, Park Slope: Following the news that the recently opened Fornino is getting flack from the stroller set, Batali works with the chef and owners to turn it into the kind of family friendly pizza-and-charcuterie parlour that made Otto such a hit.