Five Nightlife Questions Burning A Hole In Our Minds

Share All sharing options for: Five Nightlife Questions Burning A Hole In Our Minds

Since inquiring minds want to know, here are a few nightlife questions that have been on our minds . . . 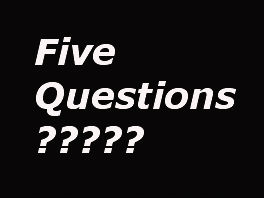 1. What's up with Nell's? Scott Sartiano and Richie Akiva pounced on the space that was formerly the Plumm soon after Noel Ashman's club went out of business, promising to restore it to its former Nell's glory. The 1OAK duo hired Steve Lewis to design the space but have been keeping mum on the name and the opening date. Lewis told us a few weeks back that the space will look great, with a restaurant upstairs with 100 or so seats and a basement lounge, and is modeled on a classic supper club. Alex Guarnaschelli will be in charge of the kitchen. Our guess? This place soft opens soon after July 4th and is rolling full blast by the time Fashion Week blows back into town.

2. Can Trump's new digs give Andre Balazs a run for his money? Kastel, the new lounge at the Trump Soho, is ready to go and the early reports are that it will be a big hit. Kastel is being run by the Quattro team from Miami (including NBA legend Rony Seikaly), and will be in soft open mode for a bit before opening to the public. Our guess? The location and views don't rival the Boom Boom Room, but the Miami connection will attract a high end clientele that won't mind paying Trump prices to sip fruity cocktail and make Kastel a Soho success.

3. What's the deal with Bungalow 8? Amy Sacco had been promising a glorious renovation of the now closed 27th Street boite that would be ready for a Fashion Week premiere, but that has come and gone with no sign of activity. Ms. Sacco had told us that she had hired Winka Dubbledam to handle the design (also consulting on Bungalow Amsterdam), but one has to wonder if the work will ever begin? We had also heard a rumor that Sacco would be in charge of the new lounge at the Mondrian New York, but when asked, she told us, "haven't seen it yet or heard of it? So news to me". Our guess? 2011 will be a comeback year for the former nightlife queen.

4. When will the Jane Ballroom open? The Jane finally got approval to re-open earlier this week, but management is staying mum on when the good times will begin. The parties will be small and for invited guests only, hoping to keep away the annoying hordes who led to its previous demise. Our guess? The Jane will open on a Tuesday. We aren't sure which one, but it will definitely be a Tuesday.

5. Are you effing serious with this nightclub for dogs? The owners of Fetch, a 3,000 square foot nightclub for dogs in the FiDi, is the most ridiculous thing we have ever heard of. Our guess: The doggy night care will have no problem finding people to pay $35 to drop their dogs off for a few hours and it will be a huge success. Then the world will explode.