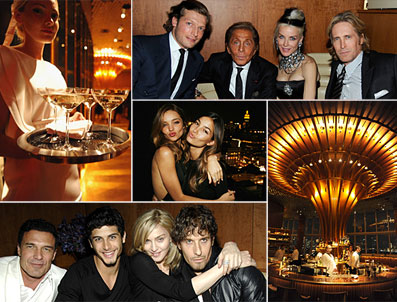 Last night’s Community Board 2 meeting drew a packed crowd of determined restaurateurs, sleep deprived neighbors, suited lawyers, and curious members of the public to New York University’s Silver Building Room 13 to cover the latest SLA licensing issues. Overall, the meeting was short and sweet with a handful of no shows. Sadly, in many cases, no shows mean the applications were denied.

1) The board gave no outright denial to the Boom Boom Room’s application for a cabaret license at The Standard Hotel in MePa. Board members unanimously agreed that if Boom Boom Room doesn’t aim to turn into a club, the license gets the official stamp.

Attorney of the infamous celebrity hotspot claims Boom Boom Room is not a dance club. The DJ plays old tunes to “dancier” music, so while it isn’t a nightclub, he said, there will be dancing. He also assured community board members that the Boom Boom Room isn’t exclusive for special guests but rather “very open to the public” and community members are welcome to come. Hah! Can we get a shake on it?

2) The board denied the license for the bar Pieces, relocating to 127 W. 10th St., due to a no show and overwhelming disapproval from the community. While Pieces was silent, different members of the West 10th community stepped up giving their testimonies of a deteriorating street and neighborhood.

Community members claim West 10th has turned into a bar and drinking scene with 11 new bars within the last two years. People drink and smoke on the street, there’s constant traffic, garbage builds up, kitchen smoke travels into apartments, they complained.

3) The announcement that the application for 16 Minetta Ln. was withdrawn was met with cheers and applause resulting in the dismissal of half of the original crowd.