A Look Around the Recycled, Eclectic World of The Collective

Share All sharing options for: A Look Around the Recycled, Eclectic World of The Collective

As revealed earlier this week, the One Group (STK) is opening a restaurant called The Collective next Wednesday in the former One Little West 12th space in MePa. The most notable thing about the space, noted by the Times yesterday, is of course the "recycled" aesthetic, meaning everything from the pill bottle chandelier to the scrabble board tables and styrofoam light fixtures had a previous life. All together, it looks pretty wacky, but hey, who knows? Maybe people will dig it.

As for the menu—surprise!—it's also eclectic. The idea here was to offer neighborhood staples from around New York, "so you'll be ordering Hong Kong Ribs from Chinatown, Chicken & Apple Sausage from Yorkville or Seared Diver Scallops with Peas n Pearls from South Street Seaport." Interesting. The full menu is below, and the place will open to the public after some private parties on March 17. 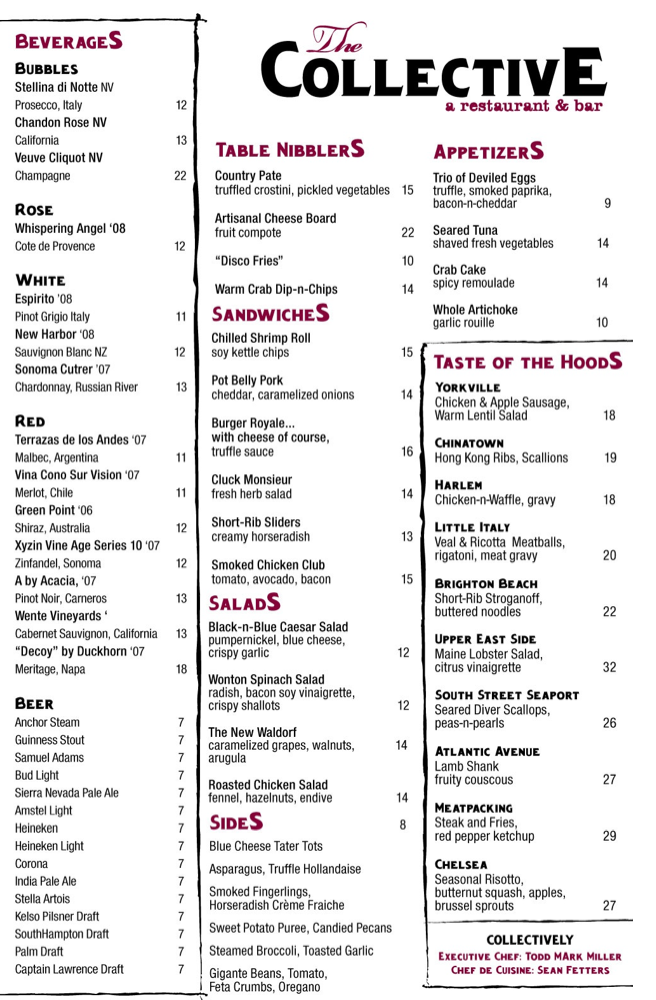