Share All sharing options for: Industry Experts and Friends on 2010's Restaurant Breakups

As is the tradition at Eater, our closeout of the year is a survey of friends, industry types, bloggers, and readers. We've already covered Best Standbys, Top Newcomers, 2010 in One Word, Best Dining Neighborhoods, Biggest Dining World Surprises, and Best Singular Meals. Now it's time for restaurant breakups. 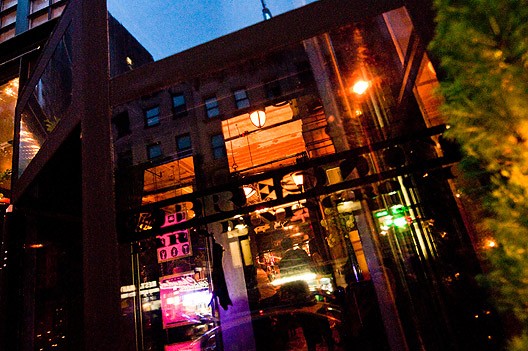 Q: Were there any restaurants that you broke up with in 2010 -- eg, places you stopped going to?

Josh Ozersky, columnist, Time Magazine: I'm completely over the Neapolitan pizza trend. I won't go to any of those places except Donatella, which is the best of them. Pizza needs to be good all the way to the tip. There were some very good restaurants I forgot about because they weren't new, like Cafe Boulud and Gilt and Hill Country. There were a few I stopped going to because I lost them in a divorce, like Insieme and Boqueria and The Four Seasons. And there a few restaurants I just don't like anymore, like Cookshop (weak), Ralph's (made obsolete by Deans and others), Mimi's (found better hummus a block away, not that I eat hummus), Korean fried chicken (over it), L&B Spumoni Gardens (sausages can't make up for the awful pizza), 5 Ninth, 21, Blue Ribbon (way overpriced), Del Posto (can't afford it),
Cheborechnaya (scary), Standard Grill (too crowded / douchey despite its fine food.)

Jay Cheshes, restaurant critic for TONY: Cabrito became a trainwreck, which explains why its closing.

Michael Williams, AContinuousLean: Freemans, Rusty Knot (Does that count as a restaurant? Fuck that place), Lovely Day. I started the year thinking I was only going to patron places that have been open since at least 1945 (Keen's, Eisenbergs, 21 Club, Sidecar, etc.), but that seemed too difficult so I just figured I would just do a better job of avoiding annoying downtown "cool kid" spots.

Bret Thorn, Nation's Restaurant News: A certain Dunkin’ Donuts franchisee was too busy telling his staff where to put supplies to get me my coffee. Perhaps it was petty of me, but I dumped him. That’s about it.

Talia Baiocchi, wine writer: The Breslin. On my last visit the pig's foot foot for two smelled like pee and dead people. Plus: the service has always been a bit ... off.

Kate Krader, restaurant editor, Food & Wine: No, although I still haven't been back to one place where they wouldn't give us a wait time over the phone: so we had to march over there to hear the hostess say '2 hour wait.'

Gabriella Gershenson, Saveur: Not really, though the old-timey aesthetic and heavy comfort food menu are getting tired. Fat has become such a crutch in restaurant kitchens. There are other ways to communicate flavor.

David Sax, writer, author Save The Deli: Sorry Ippudo, I'm sick of waiting in line with Japanese tourists (WTF anyway?) for ramen that's basically the same as places much cheaper, more relaxed, and just blocks away.

Matt Rodbard, Metromix: Dinner at Prime Meats has consistently disappointed. (Never the drinks). But at least I can charge the pain away. Runners up: Pho Bang, Artisanal, lunch at Woorijip (but only on doctor’s orders)

Randy Goldberg, UrbanDaddy: Pullino's. DBGB. Café Gitane. Breslin. Maybe not a full on breakup. Just taking a breather. They're just packed in a crazy way. I like a room with good energy, but something felt daunting about heading into these places recently.

Adam Roberts, Amateur Gourmet: No break ups, but I was really sad that Longtan closed in Park Slope. Their wok-seared udon noodles were my favorite.

Joshua David Stein, Eater National: I'm kinda over the Dumont, Diner and Dressler thing. I flirted briefly with Fatty 'Cue but things didn't work out between us. In general, though I enjoy Minetta Tavern, I've stopped frequenting McNally establishments.

Please add your own answers to the comments.