Friends and Experts on the Biggest Dining Surprises of 2010

Share All sharing options for: Friends and Experts on the Biggest Dining Surprises of 2010

As is the tradition at Eater, our closeout of the year is a survey of friends, industry types, bloggers, and readers. We've already covered Best Standbys, Top Newcomers, 2010 in One Word, and Best Dining Neighborhoods. Now it's time for dining surprises. 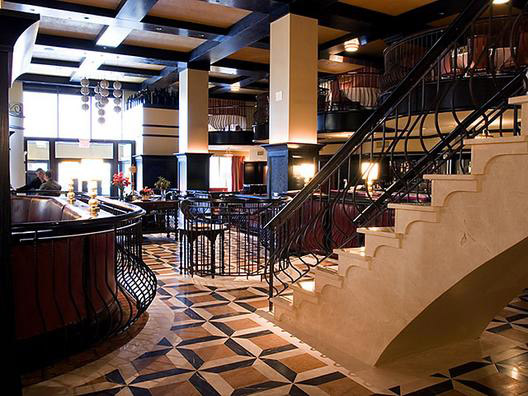 Q: What was the biggest dining surprise of 2010?

Josh Ozersky, columnist, Time Magazine: How great the food was in Dallas, a city I had been let to believe existed in the culinary dark ages. In fact it's a paradise (though I loved Portland more.).

Andrew Knowlton, restaurant editor, Bon Appetit: Torrisi's Mega-success. Rich Torrisi and Mario Carbone are certainly pedigreed chefs but the Italian-American concept (sandwiches by day, three course set menu by night), the tiny, cramped space and the dedication to using only domestic ingredients sounded risky. In the end, it was easily the best opening of 2010.

Marc Shepherd, NY Journal: The glut of high-end Italian restaurants: Lincoln, Ai Fiori, Villa Pacri, Ciano, Manzo, and even Osteria Morini (given its price range, though not its décor), all opening within a few months of one another, near the end of the year. Is there enough demand for all of them to succeed? I am not so sure.

Bret Thorn, Nation's Restaurant News: The inability of people to get enough hamburgers to satisfy their need.

Ryan Patrick Sutton, Bloomberg restaurant critic: Adour finally got its act together and started cooking some of the city's best fancy French food. Credit Didier Elena for turning things around and making the name Ducasse relevant in NYC again with a cheap vegetable tasting menu (only $85 bones), a bangin chef's tasting menu ($115 — less than Momofuku Ko) and a killer mac and cheese (black truffles are involved). The other big surprise was the abominable service I had at Ducasse's Benoit this summer — I'm told the FOH has been improving there, however.

Gabriella Gershenson, Saveur: M. Wells and Mile End. Both unique, yet so great to see a slice of quirky Montreal in NYC.

Michael Williams, AContinuousLean:
Honestly it was that Del Posto got four stars in the New York Times. I had the pleasure of dining at Del Posto with Mr. Batali two years ago and he deserves all of the accolades and straight up cash that he gets. He's a man among boys. Plus, anyone that is chill enough to summer in the U.P. gets my full support.

Adam Roberts, Amateur Gourmet: I think the harsh reviews of Lincoln were pretty surprising. Jonathan Benno is such an accomplished chef and so much thought and time went into planning that restaurant, I really thought it was a shoo-in for best of 2010; now it's like the Spiderman musical of the restaurant world.

David Sax, writer, author Save The Deli: How value just seemed to increase.

Amanda Sidman, writer NY Daily News: Il Matto – didn’t have much faith at first, but the food was fantastic.

Matt Rodbard, Metromix: The Applebomb at Pulino’s. Never expected the fuse to be that short. Runners up: Tiki concepts not totally sucking; Nobody died from shigalosis after a Bacon-Tofu-Kimchi-Bubble Tape Takedown; Boozed-up chefs continue to talk some stupid shit on Twitter.

Chris Stang & Andrew Steinthal of Immaculate Infatuation: Sifton's four stars for Del Posto, and how much more we liked Ma Peche by the end of the year.

Randy Goldberg, UrbanDaddy: Kenmare: I thought it was going to be all party. But Joey Campanaro is doing some great things with the food there. Really great to see a place where you can eat well and still want to hang out in the basement?

Solish: The amazing steak at Marea.

Joshua David Stein, Eater National: Just the other day: caviar in my stracciatella at Roberta's, in Bushwick, an area not known normally for its luxury. Also, not strictly dining, but there's a farm — Tenth Acre Farm — around the corner from my house in the basketball court of an abandoned school.

Leventhal: It's got to be the breakup of White and Canon, although partnerships are rarely forever.

Kludt: That Eataly opened in the grand way that it did and that New York embraced it so unequivocally. That there were such high expectations for both Lincoln and to a lesser degree, Lotus of Siam, and the response was so underwhelming.