Friends of Eater Recount Their Best Meals of 2010

Share All sharing options for: Friends of Eater Recount Their Best Meals of 2010

As is the tradition at Eater, our closeout of the year is a survey of friends, industry types, bloggers, and readers. We've already covered Best Standbys, Top Newcomers, 2010 in One Word, Best Dining Neighborhoods, and Biggest Dining World Surprises. Now it's time for best singular meals. 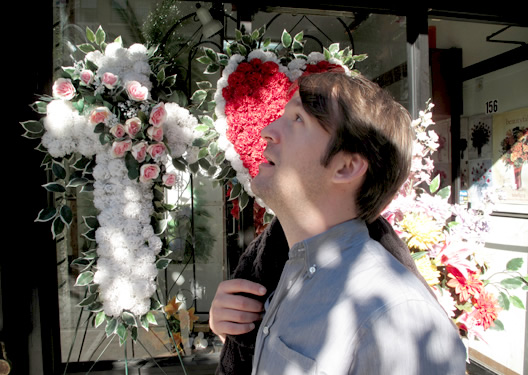 Gabriella Gershenson, Saveur: A friend grilled a stupendous aged rib steak from the butcher shop at Prime Meats. It was one of the best pieces of beef I've ever had.

Jay Cheshes, restaurant critic for TONY: A greenmarket spread at ABC Kitchen (and those bow-tie noodles with veal meatballs).

Kate Krader, restaurant editor, Food & Wine: I got to eat at Noma in Copenhagen. It's really mind-blowing. Chef Rene Redzepi and a whole army of amazing cooks serve things like just cooked langoustines on a big warm rock with little pools of seaweed emulsion and no silverware; they'll taste chestnuts for a month until they're good enough to serve raw with bleak roe beurre blanc; they'll use the "skin" from a duck sauce to make the filling for a rye cracker hors d'oeuvre. and that's just the beginning of a meal in dead winter; in summer when they can forage for a million more things, they say it's even better.

I also got to have an amazing dinner at Torrisi with Nick Peleggi who wrote "Wiseguy" (which was adapted to become Goodfellas) and his awe-inspiring wife Nora Ephron. The food was super excellent (it was a night the chefs Rich Torrisi and Mario Carbone did short rib special and fresh corn polenta, which is probably my single favorite dish of 2010) but also Peleggi told Torrisi and Carbone crazy stories about old-school Mulberry Street and all these mafia-esque characters there. It was the best combination of food and story-telling I can think of.

Josh Ozersky, columnist, Time Magazine: I had a lot of great ones, including a drunken dinner at Le Rivage earlier this month, and a lunch with the Esquire guys at Marea that really showed Bianco at his best. But my dinner a few nights ago with John Besh at La Provence in Mandeville, Louisiana, followed by a visit out back with his snorting, merry manghalista pigs was kind of the ultimate. My wife was there, Besh and his family were there, the wine was good, and the food world-class stuff, and just the kind of food I enjoy most—refined versions of classical french food, lightened
and seasonalized and heritage meatiated. The pigs, goats, and chickens afterwards sort of put it over the top.

Ryan Patrick Sutton, Bloomberg restaurant critic: The salon at Per Se. It got pretty ridiculous. First, some Sterling Royal caviar with lime and avocado (the only good non-Caspian caviar I've had). Then a little white truffle egg custard with black truffle burgundy sauce. Then some
sunchoke soup with black truffles. Then some $175 white truffle risotto. I know, I know. Adding truffles and caviar doesn't make everything great. But it certainly doesn't hurt.

Chris Stang & Andrew Steinthal of Immaculate Infatuation: Cochon in New Orleans. Of all the great meals we had in NYC, that one dinner in New Orleans is still the best of 2010. Cochon is that good.

Adam Roberts, Amateur Gourmet: We took a trip upstate and stayed in Kate Pierson’s (of the B52's) motel called Kate's Lazy Meadow. Down the road from it was a place called The Peekamoose Lodge; it was early April and snowing and between the fire place, the red wine, the hot bread with chive butter, the rabbit rilettes and the grilled lamb entree, I couldn't have been happier or more contented with a restaurant experience. There was nothing trendy about it and that's what made it great.

David Sax, writer, author Save The Deli: My first pizza at Paulie Gee's. Just when you think you know pizza, your mind is blown.

Talia Baiocchi, wine writer: Being at the mercy of Ramirez's will at Brooklyn Fare.

Randy Goldberg, UrbanDaddy: Really didn't have many bad meals this year. Had excellent meals at Ma Peche, ABC Kitchen, Gramercy Tavern and Fat Radish. But strange as this might sound, it may be the Mac and Cheese Burger from Burger Shoppe. That thing is a force of nature. And it was that kind of year.

Joshua David Stein, Eater National: There were many meals but one at Adour with my wife was particularly memorable. Service without subservience, quality without pretension.

Kludt: I had a beyond wonderful meal at Eleven Madison Park for a special occasion. It’s one I’ll remember for years to come. But the beef bomb of a dinner I had at newcomer Takashi was my favorite this year. The uni on a slab of raw chuck, the tongue tastings, the exquisite cuts of beef—amazing.

The Meat Masters at Los Tacos No. 1 Are Opening in Noho