Share All sharing options for: Chef Shane McBride Out at Colicchio & Sons

Seems like the big shakeups in Tom Colicchio's restaurant group always fall around Christmas Eve. Last year, on the day before Christmas Eve, he announced that he would close his Chelsea restaurant Craftsteak and replace it with Colicchio & Sons. One year later, we hear another bit of news via the world of Facebook. Shane McBride, who was brought on three years ago to run Craftsteak and was most recently the chef de cuisine at Colicchio & Sons, has left the empire. He announced his departure on Facebook yesterday (see below). McBride is a talented chef who we're sure will find a good position.

What we aren't sure of—because Colicchio refuses to comment—is whether chef de cuisine of Craft Damon Wise is also considering a change. It would be a surprise, given Wise's successes under Colicchio, but a reader tells us he is on the way out. A Wise status update that reads, "An end of an era....a sad day," could be a hint (he has been there quite a while), or it could be in reference to McBride. At this point, it's all speculation.

Update: Damon Wise notes that he isn't going anywhere: "Hello All, Damon Wise here.....business a usual. Sad to see McBride go...he left on his own accord and it was a sad day yesterday. He has been a key player for us, we wish him all the best. He will be missed.....I however am not planning any moves-other than cranking out delicious food at C and S. Please no more speculation...."

Damon, on the Book: 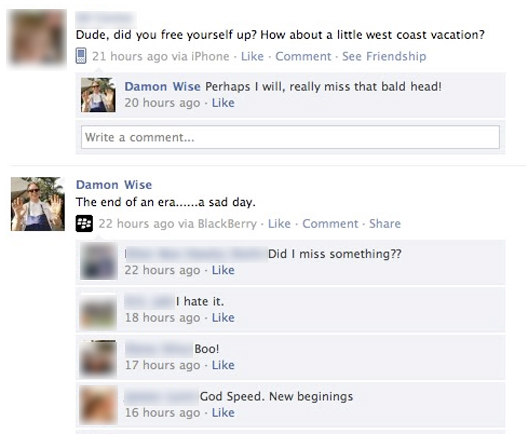 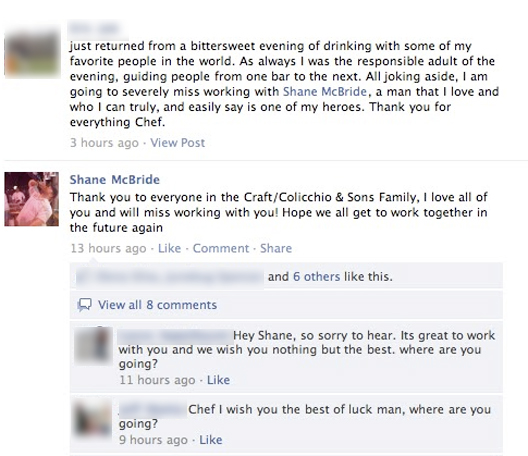