How to Spend $926 at Low-End Red Sauce Joint Arte

Share All sharing options for: How to Spend $926 at Low-End Red Sauce Joint Arte

Welcome back to Receiptrocity, wherein entertaining and strange receipts are shared amongst the masses. If you've got an interesting, notable or funny receipt, scan/photograph it and send it on over to tips@eater.com. 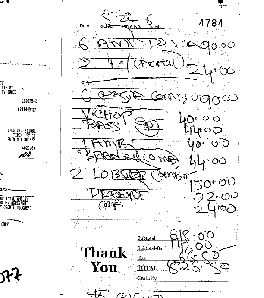 Late last week, a reader wrote in claiming that his friend was ripped off at Greenwich Village Italian restaurant Arte. A look at the receipt suggests that, yes, something is very off, but what exactly, isn't totally clear, so we’re putting it to you, readers. His party of six managed to rack up a bill of $926—over $150 a head— at a restaurant where the dinner prix fixe is $35, no entree is over $28 and the pastas top out at $22.

Now, granted, sometimes large parties get a little out of control with the ordering. The party mood and all. But somehow four $40 entrees and two $75 entrees and a dessert charge indicating they must have ordered the entire dessert menu doesn't sound right.

But here, take a look. Below we have the restaurant's menu, followed by an itemized receipt. Now why the guy agreed to pay if he felt he was getting ripped off is another matter entirely. 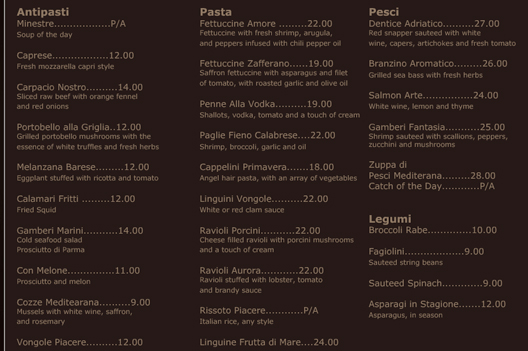 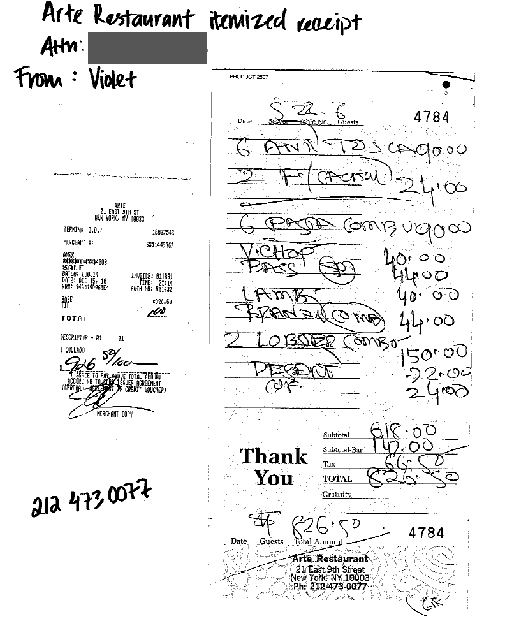