10 NYC Dining Trends That Didn't Take Off This Year

Share All sharing options for: 10 NYC Dining Trends That Didn't Take Off This Year

It’s been a crazy year in New York dining, full of big, bold concepts, and wild ideas? that never really took off. Here’s a list of 10: 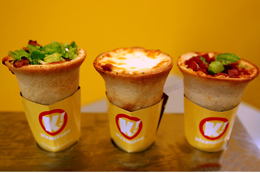 10) Pizza Cones: People love pizza, cones, and ordering from Chipotle-style assembly lines, so we still have no idea why K! Pizzacone shuttered just months after it opened to door-busting crowds. It also had the two things that usually secure a dining trend in NYC: competition from another more refined new restaurant serving the same dish, and a cheap knock-off aimed at stealing some of the customers. Maybe the problem is that New Yorkers still haven’t gotten off the whole 12" personal Neapolitan pie kick, or maybe it just wasn't the right 3D pizza shape. [read more: K! Pizzacone; Ovest; Berry Lover][Photo] 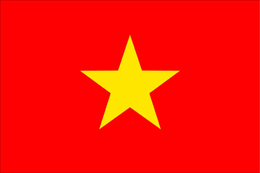 9) Vietnamese Food: Remember the banh mi boom of 2009? Around this time last year, a lot of the trend-forecasters were predicting that Vietnamese restaurants would continue to pick up steam, and perhaps find success outside of the realm of just sandwiches. While it’s true, we did see one very popular, very good refined Vietnamese restaurant make its debut in Midtown, that's about where the trend stopped. Recently, Michael Bao, always the man with his ear to the ground of NYC dining trends, even expressed misgivings about opening his new French-Vietnamese eatery DOB 111, and also switched two of his concepts to fusion-taquerias. [Read more: Ma Peche; DOB 111; Michael Bao] [Photo] 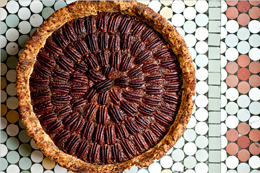 8) Pies: So, one pie shop opened (in Gowanus), had long lines (on Thanksgiving), and did (one) dinner with a former Spotted Pig chef, and the food media was quick to proclaim that "pies were the new cupcakes." If a few more pie-only shops opened, or if those lines really stuck around after the holidays, or if the dessert was really more common than say, cake on menus across the city then maybe — maybe! — we'd be onto something. But cupcakes, for better or for worse, are still everyone's favorite cutesy treat. [read more: Four and Twenty Blackbirds] [Photo] 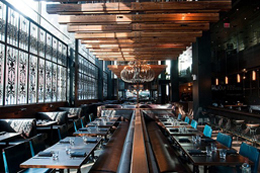 7) New-Latin/Pan-Latin: Another big prediction from last year that never really panned out. Nuela has gotten some good marks and seems like a winner, and Zengo is either a fun spectacle or a confusing mess depending on who you talk to. But, for the most part, the successful new Latin concepts are the traditional ones. Tacos, as we know, had a great year. [read more: Zengo; Nuela, Tacos][Photo] 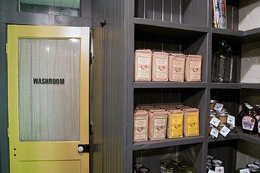 6) Restaurant/Groceries: A much buzzed about restaurant concept that didn’t really catch on fire this year. The guys from Northern Spy Food Co. recently told us about how they had to axe most of their retail space to make it work. The General Greene, has apparently made some changes too. There are of course a few notable exceptions, one of which has employees wearing orange clogs. [read more: Northern Spy Food Co., The General Greene, Radish][Photo] 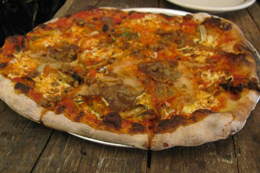 5) The Cross Cut Pizza: Like the pizza cone, came in with a bang, went out with a wimper. [read More: Pulino's Bar and Pizzeria][Photo] 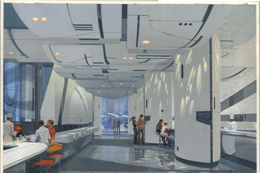 4) Futuristic Dining Rooms: This year we got a food hall from the guy who designed Blade Runner, and a burger place from the world of Tron. Both have their fans, but just as many diners have been perplexed/totally frustrated by their space-age ordering techniques. [read more: 4Food; Food Parc] [Photo] 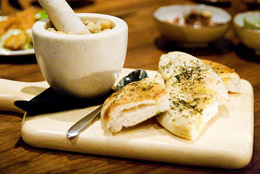 3) DIY: Dishes like grind-your-own-hummus, fill-your-own-donuts, grill-your-own-steak, and season-your-own-crab-dip popped up on several new menus this year. Some were axed after a few months, the rest live on in infamy. [read more: Balaboosta; Abe & Arthur's; Tanuki Tavern; Choptank] [Photo] 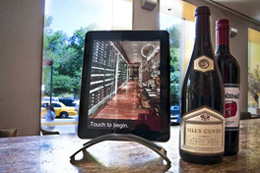 2) iPad Menus/Wine Lists: Remember in Home Alone 2: Lost in New York when Macaulay Culkin uses that fancy tape recorder to get everything he needs in the big city? It was the hottest toy for Christmas that year! And yet, little kids weren’t going around in real life, slowing down their voices and replaying the tape to book hotel rooms at the Plaza, or using them to thwart dim-witted con-men. Because, although the technology was there, the practical application didn’t really make sense. Same deal with the iPad menus: we'll probably see a few more restaurants give it a go, but they're headed to the trend graveyard, fast. [read more: iPads][Photo] 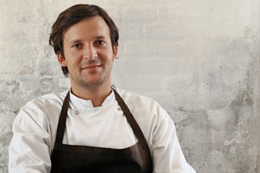 1) Lightening Up: Last year, experts kept telling us that there would be a move away from belly and bacon, towards veggies and fish. Rene kept the conversation going, so did David Chang and other chefs, but let’s face it: meat is still king in New York. This is not for lack of trying on behalf of the city's cooks and restaurateurs. Even the great seasonal, market-driven restaurants like ABC Kitchen draw consistent raves for their burgers. And while diners like the fish dishes at place like FishTag and the reopened John Dory Oyster Bar, their favorites seem to be the ones that get an assist from some serious meat and fat. The idea’s certainly not dead, these things just take time. [Photo]