A Sexed Up Sushi Uo and Canteen 82 Serve Their Last

Share All sharing options for: A Sexed Up Sushi Uo and Canteen 82 Serve Their Last

Welcome back to the weekly Friday Shutter. This week, it's an all East Village edition. Know of any other restaurant that has met its demise? Let us know. 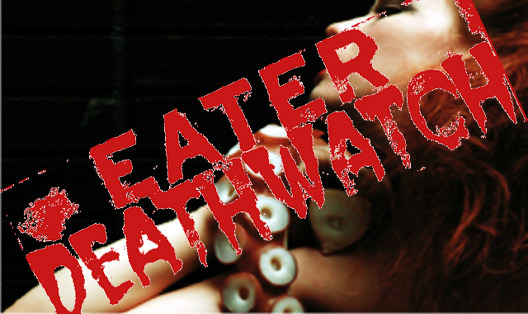 1) Lower East Side: Bionic Bites reports that Sushi Uo—deathwatched here—appears to be closed. It's off OpenTable, no one will pick up the phone, and the gate was down during a dinnertime visit. Grub Street learns it will operate as a private party space. Somehow sexing it up didn't do the trick. [Bionic Bites]

2) Upper West Side: A commenter reports and MenuPages confirms that Canteen 82, a relative newcomer on the Upper West Side is closed. It looks to have closed during the last week of November. [ShutterWire]